This post is part of a blog challenge series, 30 Days of Deity Devotion, to Hekate.  Day 19 and we’re looking at art and music that reminds me of Hekate.

This post is actually a merging of two different days topics.  In the original list they should be days 21 and 22 (yeh, I have merged a few days now).  Originally one day was for art and the next day was for music.  However, one of the things we must be aware of writing here at Patheos is image (and music) ownership and copyright.  We are better off not posting images that are not at least CC3.0.  Don’t wanted any lawsuits!  Please be aware this is something that should be of concern to all bloggers, anyone can be sued for copyright breach.

Anyway, since I can only post images that I am allowed to post, and links to other images – I thought it best to flesh this post out with the music links as well.  Since I can only post certain images, and I really would like to use proper Hekate images for the rest of the series where possible – I decided to just google some things and see what popped up, caught my eye and made me think of Hekate (and that I can use here).

I typed in “dark goddess”.  Because yes, I do see Hekate in Her darker aspects (just not the crone aspect).  This is a dark forest, quite earthy, dark without being black dark, and has a veiled woman statue.

I typed in “poison gardens” hoping this one would come up.  I read about the Poison Garden at Alnwick Gardens the other month and it immediately made me think of Hekates garden at Colchis.

I typed in “black wolf” and these two beauties came up.  Doesn’t need to be explained right? Now to link to some of my favourite Hekate images, that I can’t post on here.

To keep this simple I will use a single link to a YouTube playlist I made for this post.  Go check that out, and below I will just list them.

Not on the playlist are Deae Noctis by Elane, because I can’t find it on YouTube, and War Pigs by Black Sabbath (“just like witches at black masses”) because I am sure no one can agree with that one!

7 – Names and epithets
8 – Variations on this deity (aspects, regional forms, etc.)
9 – Common mistakes and worst misconceptions about this deity
10 – Offerings – historical and UPG
11 – Festivals, days, and times sacred to this deity
12 – Places associated with this deity and their worship
13 – What modern cultural issues are closest to this deity’s heart?
14 – Has worship of this deity changed in modern times?
15 – Any mundane practices that are associated with this deity?
16 – How do you think this deity represents the values of their pantheon and cultural origins?
17 – How does this deity relate to other gods and other pantheons?
18 – What quality or qualities of this god do you most admire? And find the most troubling?
19 – Art and music that reminds you of this deity
20 – A quote, a poem, or piece of writing that you think this deity resonates strongly with
21 – Your own composition – a piece of writing about or for this deity
22 – A time when this deity has helped you, and refused to help
23 – How has your relationship with this deity changed over time?
24 – Something you wish you knew about this deity but don’t currently
25 – Any interesting or unusual UPG to share?
26 – Any suggestions for others just starting to learn about this deity? 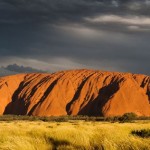 August 19, 2016
Pagans Really Are an Entitled Bunch
Next Post 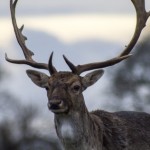 August 20, 2016 30 Days of Hekate: 20 - Quotes, Poems and Writings
Browse Our Archives
get the latest from
Pagan
Sign up for our newsletter
POPULAR AT PATHEOS Pagan
1

Spiral Lessons: Leveling Up & Cycles Of Growth
Spiral lessons are all about leveling up and the new insights we...
view all Pagan blogs
Copyright 2008-2020, Patheos. All rights reserved.