Growing up in an evangelical home, I read World Magazine regularly. Today, I’m honestly not sure World knows what direction it is headed. Over the past year or so, the publication has been simultaneously distancing itself from the patriarchy movement within Christian homeschooling and promoting that same movement, and simultaneously calling for the self-policing of child abuse in Christian communities and allying itself with organizations actively involved in child abuse coverups.

This past April, in the wake of Lourdes Torres-Mansteufel’s lawsuit against prominent Christian homeschool figure Doug Phillips, World took the occasion to distance itself from the patriarchy movement, differentiating between Phillips’ views and those of more mainstream evangelicalism and stating that: “For evangelicals, these may seem like obvious distinctions, but they’re important to emphasize when a scandal erupts within Christian circles that grabs the attention of those outside the church.” Just last month, World published a piece titled “Drop the Movement and Back Slowly Away.” In it senior writer Janie Cheaney was highly critical of Christian homeschooling’s patriarchy movement, urging readers to focus on Jesus rather than a movement.

Given all of this, it seems a bit odd that World Magazine ran this ad in its latest edition: 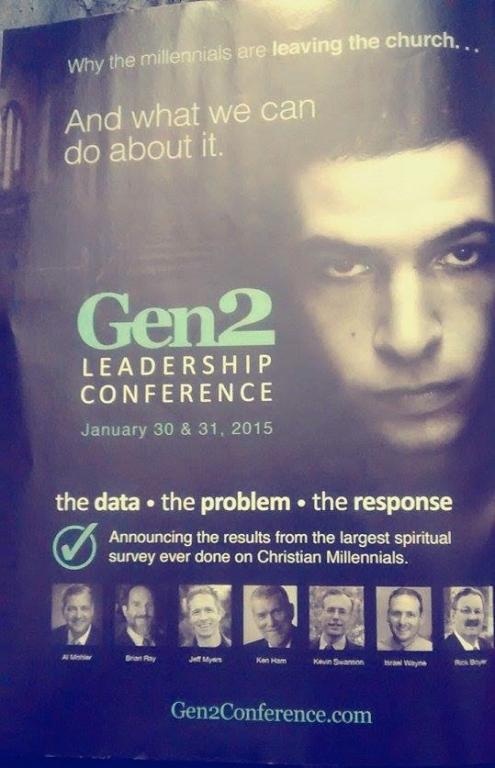 The Gen2 Leadership Conference is being put on by Kevin Swanson’s Generations with Vision. Kevin Swanson is a major figure in Christian homeschooling’s patriarchy movement. If World believes this movement’s view of gender and women’s role is in serious theological error, and if World would like to see people “drop the movement and back slowly away,” running this ad—which in a publication like this implies some level of endorsement—represents some serious hypocrisy.

But we’re not done yet. In August, World published an article largely dismissive of concerns about child abuse and neglect in homeschooling circles. Yet in spite of its dismissiveness the article did admit that bad things do sometimes happen, and called for self-policing as the solution. This makes this recent choice of partnership rather problematic: 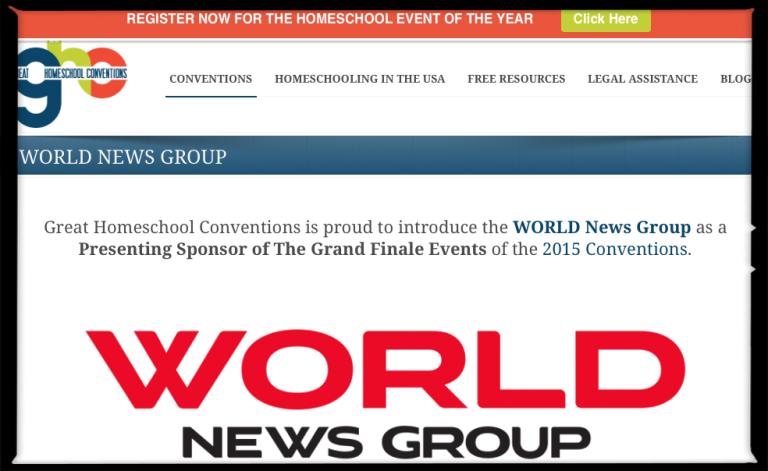 As you may remember, earlier this year Great Homeschool Conventions actively participated in a child abuse coverup, defending child abusers and silencing those seeking to bring the abuse to light. It is rather horrifying that World would partner with a group involved in covering up child abuse while calling for Christian communities to deal with child abuse rather than turning a blind eye. This is not okay.

It’s also worth noting that Kevin Swanson is on record laughing at child abuse and educational neglect in homeschool settings. Swanson is no reformer when it comes to handling child abuse—he is, rather, the opposite. In fact, Swanson’s dismissal of abuse and neglect is likely the reason the Home School Legal Defense Association pulled out of the Gen2 Leadership Conference this past August. And yet, World is willing to promote Swanson’s conference—a tacit endorsement—in spite of his willingness to laugh at child abuse and neglect.

Of course, World doesn’t have the best track record on this subject themselves. A year ago they published a piece arguing that sexual abuse prevention measures get in the way of loving children as Jesus did. Also last year, the publication minimized horrific child abuse caught on tape at a cult compound in Germany. Just last month World minimized Adrian Peterson’s beating of his young son. The problem here is that World does these things and keeps these associations while claiming to be against the patriarchy movement and in favor of dealing with child abuse.

It’s honestly not that I’m surprised. It’s just that I’m fed up with the hypocrisy of it all. I would like to see World Magazine held accountable. They should not be able to get away with saying they believe the patriarchy movement is bad theology while simultaneously promoting leaders of that very patriarchy movement, or with saying child abuse should be called out and dealt with while simultaneously partnering with an organization actively involved in covering up child abuse.

October 12, 2014
Complicating the "Islam Is Especially Violent" Narrative
Next Post

October 14, 2014 What Ebola Tells Us about Ourselves
Recent Comments
0 | Leave a Comment
Browse Our Archives
Related posts from Love, Joy, Feminism