I mentioned several months ago that Minecraft Pocket Edition only allowed players to play as Steve. This wasn’t a big deal if you played on your own (you wouldn’t generally actually see yourself, after all), but became more of an issue when playing with others on a shared wifi connection. Well, Minecraft has since updated its app, and users now have their pick of a variety of characters. 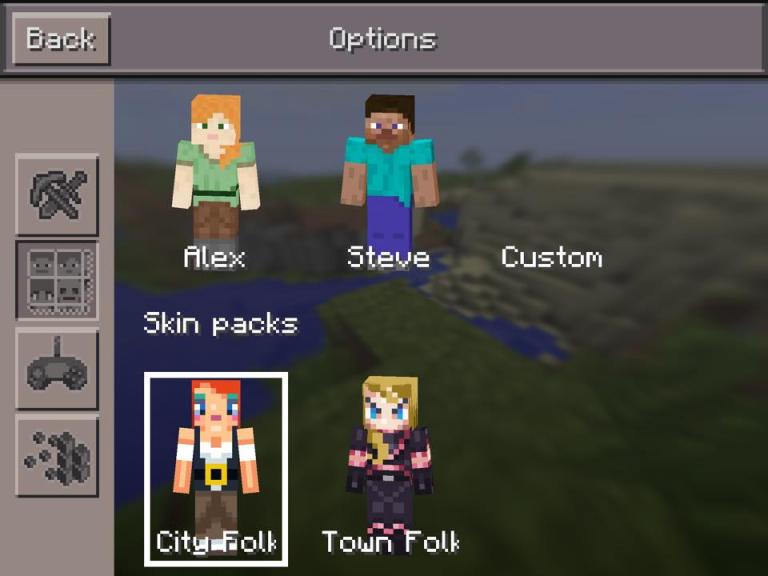 You can choose Steve or Alex (as my readers pointed out on a previous post, while Steve presents as male, Alex’s presentation is more ambiguous), or you can upload a custom skin if you have the know-how. So far so good. But as you notice at the bottom of the above image, the app also offers two skin packs for you to choose from.

It’s when you click on the skin packs that things get dicey. 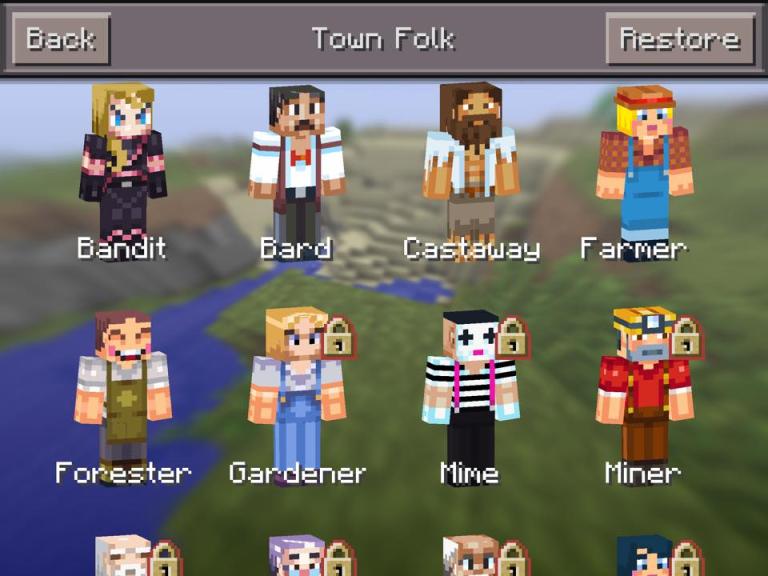 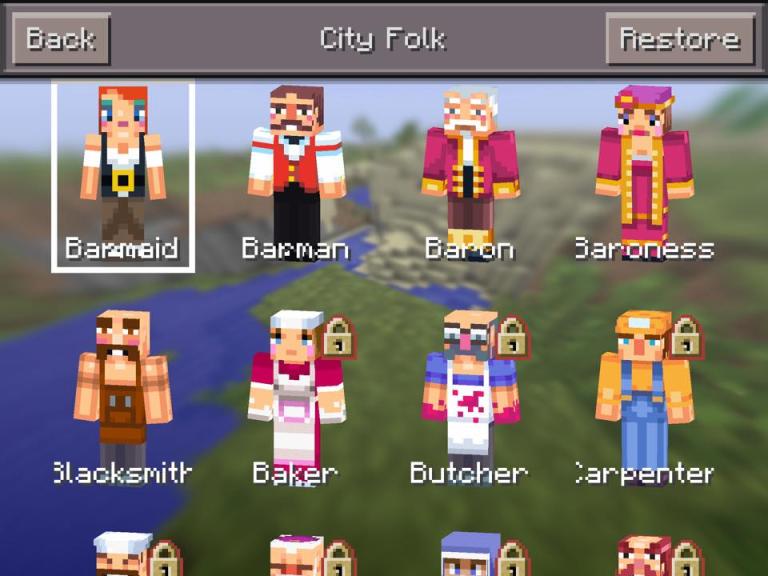 Do you see the problem? Of the ten free skins offered, only three (bandit, barmaid, and baroness) present as female while the other seven present as male. You could argue that this is just one game, or that the ratio isn’t that far off, or that I’m taking games too seriously. I would have to disagree.

When I noticed this gender disparity I immediately remembered seeing a compelling article some time back by a twelve-year-old girl named Madeline Messer, who dug into this question more thoroughly. Here’s an excerpt:

For a 12-year-old girl, playing games on an iPhone is pretty regular behavior. Almost all of my friends have game apps on their phones, and we’ll spend sleepovers playing side by side. One day I noticed that my friend was playing a game as a boy character and asked why she wasn’t a girl. She said you couldn’t be a girl; a boy character was the only option.

After that, I started to pay attention to other apps my friends and I were playing. I saw that a lot of them featured boy characters, and if girl characters did exist, you were actually required to pay for them.

I wondered if this was a larger problem or just a feature of the games my friends and I play, so I started researching. My parents let me download the top 50 “Endless Running Games” apps that were listed in the iTunes Store for iPhones. Endless running games, such as “Jetpack Joyride” and the four versions of “Temple Run,” are extremely popular; they feature a character running, jumping, sliding and generally avoiding deadly obstacles in a game that does not end until the character dies.

I looked at the gender breakdown of the characters in the top 50 apps.

And lest you think this sort of thing is trivial or irrelevant or not a gender equality issue, please remember that at some point the girls who play these games, like Madeline, will notice this disparity.

What message do you think they will take away when they do?

In the end, I’m happy to see Minecraft Pocket Edition offering more skin options. I just wish they’d given more thought and attention to the role gender played in their decision making. It doesn’t seem like it would be that hard for Minecraft to offer an equal gender balance (along with some ambiguous, non-binary characters) when creating skin packs. Is this really so much to ask?

Note: As astute readers pointed out, the offered Minecraft skins are also lacking in racial diversity. All of the offered skins, with the possible exception of Steve, the tanned Castaway, and maybe bard, appear to be white. An African American individual would be unable to play as a character that looks like themselves short of navigating the sometimes-tricky process of creating a custom skin.

Addendum: Several readers asked about the skins not visible in the above images. Does the gender disparity continue for the remaining locked skins? To answer that question, let me offer images of the rest of the skins: 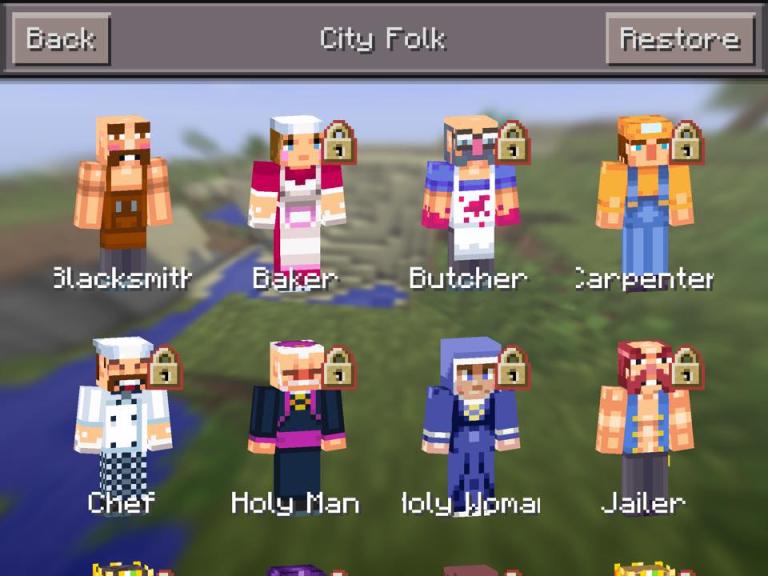 Baker and Holy Woman present as female while Butcher, Chef, Holy Man, and Jailer present as male. Carpenter is a bit more ambiguous than the others, but still reads as male to me. This leaves us with two female characters, four male characters, and one character that could possibly go either way but slants toward male. 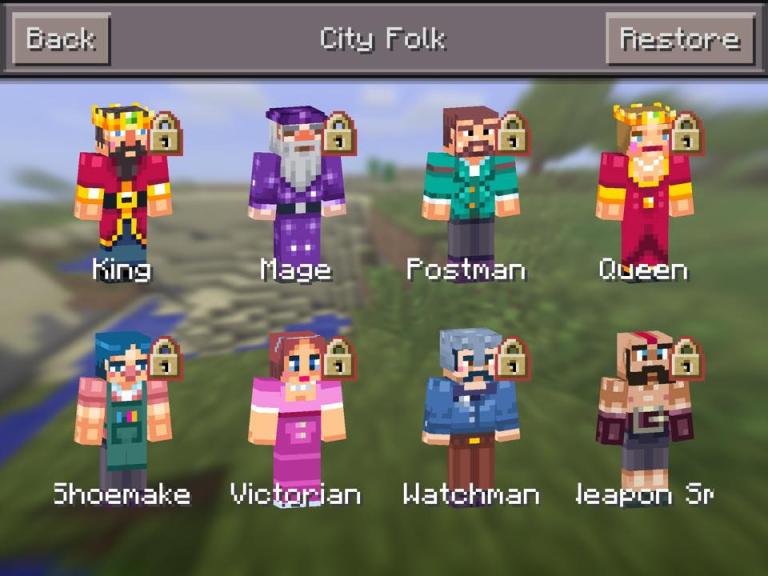 Queen and Victorian present as female while King, Mage, Postman, Watchman, and Weapon Smith present as male. Shoemaker’s gender is more ambiguous. This leaves us with two female characters, five male characters, and one character that could be read either way. 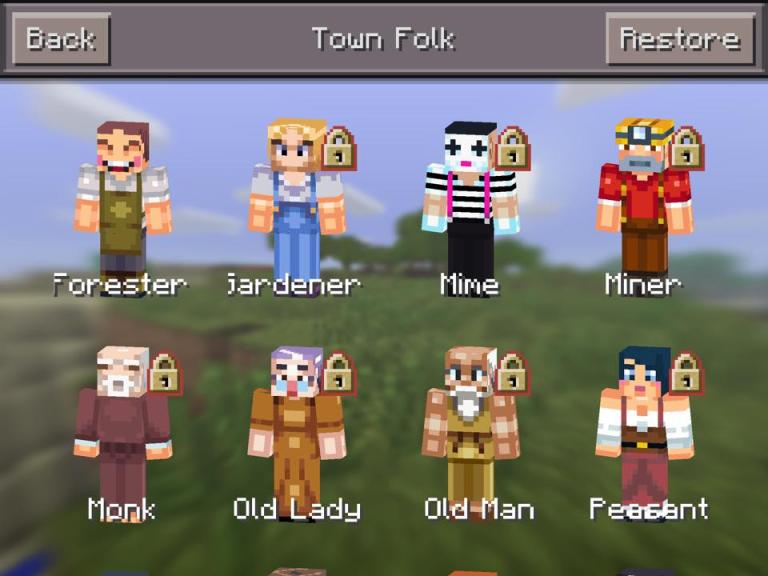 Old Lady and Peasant present as female, Mine, Miner, Monk, and Old Man present as male, and Gardner could go either way (or even possibly be read as female). This leaves us with two female characters, four male characters, and one one ambiguous character that slants toward female. 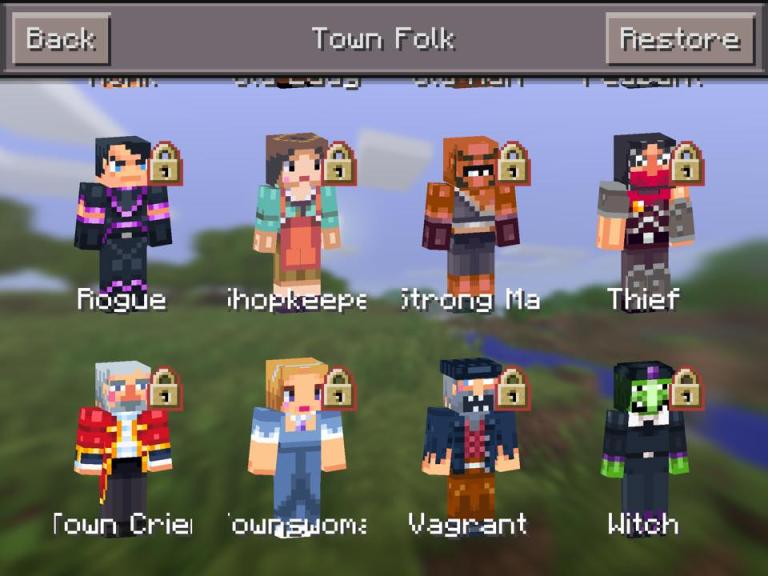 So, of the thirty total locked skins, eight are female, eighteen are male, and four are more ambiguous and could be read either way.

June 9, 2015
Josh was "Just Curious about Girls" and the Rank Hypocrisy of the Duggar Excuse Machine
Next Post

June 12, 2015 Anonymous Tip: Full Conspiracy
Recent Comments
0 | Leave a Comment
Browse Our Archives
get the latest from
Love, Joy, Feminism
Sign up for our newsletter
POPULAR AT PATHEOS Nonreligious
1