Today we come to the third installment of this series. I began this series after I read the arguments before the Supreme Court last week, when Texas Solicitor General Scott Keller stated that an amicus brief filed by Former Abortion Providers and the National Association of Catholic Nurses contested the settled fact that going through childbirth is more dangerous for a woman than having an abortion. Hoping to get to the bottom of it, I looked this amicus brief up, and I’ve written two articles o far this week examining it. Today I’ll be finishing my series by looking at some new directions anti-abortion activists have taken in their efforts to exaggerate the purported risks abortion poses to women.

Take a look at this claim:

Scientific studies now confirm that childbirth is safer than abortion whether in the early or late stages of pregnancy.(52) The incontrovertible evidence based on record linkage studies from Finland, Denmark, and the United States, provides reliable scientific evidence that the risk of death to women is higher than childbirth at all stages, including within the first 180 days after a first trimester abortion.(53)

And here’s the footnote:

53 Reardon & Coleman, Short and Long Term Mortality Rates Associated with First Pregnancy Outcome: Population Register Based Study for Denmark 1980-2004, 18(9) MED. SCI. MONITOR 71-76 (Aug. 2012), available at http://www. medscimonit.com/fulltxt.php?ICID=883338. Dr. Reardon asserts that any claims to the contrary are due to reviewers specifically excluding record linkage studies to promote the myth of abortion safety. See Reardon, Rebuttal of Raymond and Grimes, 79(3) LINACRE Q. 259-60 (Aug. 2012) (criticizing studies that do not use linkage studies).

Okay, here’s what’s going on here. Pro-life activists are tired of having to deal with all of the evidence pointing to the obvious fact that childbirth has a higher maternal mortality rate than does abortion, so they’re trying something new. They’re widening their lens. Instead of looking only at deaths directly associated with the medical effects of abortion, they’re looking at every time a woman who has had an abortion at some point in her life dies. Not even kidding. We’re talking death from car accidents, death from drug overdoses, heart attacks, aids, death from suicide, domestic violence fatality, you name it, they count it.

The study focused on Denmark and pulled records for women who had their first pregnancy between 1980 and 2004 and have since died. The study did not ask whether these women’s deaths were related to their pregnancies. Instead, it just asked if they had died. The study also did not make any attempt to control for socioeconomic factors or things like marriage. Their findings were as follows:

Compared to women who delivered, women who had an early or late abortion had significantly higher mortality rates within 1 through 10 years.

This study is quite literally making me twitch. Women who have abortions are more likely to live in poverty, to have existing mental or medical health issues, or to be facing other difficulties in life. This should be patently obvious. Women have abortions for reasons after all! You cannot—cannot—compare the overall death rate among these women to the overall death rate among women who choose to give birth, without asking anything about causes of death, as though that is something meaningful!

For god’s sake, look at how the amicus brief describes this research:

Scientific studies now confirm that childbirth is safer than aboriton whether in the early or late stages of pregnancy.

No. No they do not. Good god, what is the state of research coming to?!

This reminds me of research that finds that married individuals have higher incomes and higher levels of overall life satisfaction than unmarried individuals, as though those things are caused by the marriage and not the other way around. Or studies that find that children in divorced families have less positive outcomes than children in non-divorced families, as though the reasons the parents divorced are irrelevant to children’s wellbeing or outcomes.

Here, let me explain it another way. The data in this study suggests that women who choose to carry their pregnancies to term experience death at lower rates in the years that follow than women who choose to abort. What it doesn’t tell us is why, and any assumption that the reason for the higher overall death rate is having the abortion without even considering the things that led the woman to choose abortion is wholly irresponsible. To even entertain the idea that not aborting would fix things like poverty, mental or medical health problems, or difficult life circumstances is ludicrous to the extreme.

Think about it this way. Imagine that a woman who has depression has an unplanned pregnancy, and decides to abort because she doesn’t want to go off of her medication and she doesn’t feel she is ready or able to care for a child at this point. Now let’s imagine we say that no, she shouldn’t have an abortion, because women who have abortions face a greater overall risk of death than women who carry their pregnancies to term. Do you really think forcing this woman to carry the pregnancy to term, taking her off her meds, and then hitting her with the risk of postpartum depression, not to mention the responsibility of caring for a child she didn’t feel she was ready for—that all of that is going to help her mental state? It does not work like this.

If you’re going to make this comparison, you have to compare women who wanted abortions but couldn’t have them with women who did have abortions. A 2012 study did just this, comparing the outcomes for women who are denied abortions they intended to have because of how far along they are with women who obtained abortions just within the clinics’ gestational limits. When looking at these women two years later, researchers found that women who were turned away and unable to obtain abortions were three times more likely to be in poverty and significantly more likely to live with a physically violent partner, among other things. This study should make it crystal clear that we cannot assume that not having an abortion fixes the socioeconomic or other problems that lead a woman to turn to abortion to begin with. It doesn’t.

Do you remember that study we looked at in the first installment of the series—the one that looked at pregnancy-related deaths from 1998 through 2005? Here’s an excerpt from their discussion of their methodology:

Remember, this is how the amicus brief described the study we’ve been looking at:

Scientific studies now confirm that childbirth is safer than abortion whether in the early or late stages of pregnancy.

Can you see how severely misleading that is? Any ordinary person reading that is going to assume they’re talking about safety in terms of medical complications, not overall socioeconomic and situational risk factors. I mean for god’s sake, all the study actually says is “you’ll be better off if you’re never in a situation where you need an abortion.” No duh. What I really want to hammer home is just how deceptive this amicus brief is being in its framing, and in its desperation to prove that abortion (somehow) presents more risk to women’s health than a procedure over ten times as deadly (i.e. childbirth). Their attempts might be humorous if they weren’t so devastating to women’s reproductive freedom.

So to conclude our investigation, no, Mr. Keller, there is no evidence that abortion is more dangerous to women’s health than carrying a pregnancy to term, and there is every bit of evidence necessary to make it amply clear that the opposite is true. It would be nice if Texas officials would stop falling prey to propaganda masquerading as science, but then, that would probably be asking too much. I would like to hope that the justices of our Supreme Court aren’t as easily taken in as Mr. Keller, but that may also be too much to hope for. And yes, this is maddening to the extreme. 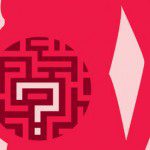 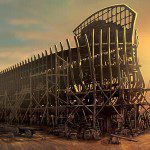