As I noted in my article earlier today, I was able to find the text for three of the four studies cited in an article cited by an anti-abortion amicus brief as proof that medical abortions are ten times more dangerous than surgical abortions and fifty times more dangerous than childbirth, but I could note find the fourth study. If that sounded confusing, it’s because it is—the amicus brief was extremely sloppy in citing an internet article on a pro-life website rather than citing the studies that article cited as proof of their bald claim. I found that (surprise!) the studies I had access to did not in any way support the amicus brief’s assertion.

But guess what! I now have access to the fourth study!

No fewer than three readers tracked down and sent me the Gary and Harrison article, the sole article that I was not able to access through my university’s library. Thanks guys, you’re awesome! Seriously. The best. So anyway, I’ve now read it, and guess what? It doesn’t even pretend to compare fatality rates between medical abortions and surgical abortions or childbirth! In fact, it only briefly mentions surgical abortions and carrying a pregnancy to term as an aside in the conclusion (more on that in a moment). Not only are there no comparisons, the study doesn’t not actually provide any analysis of the rate of either complications or death associated with mifepristone, the medical abortion drug.

From the methods section at the beginning of the study:

An absolute rate of mifepristone abortion complications in the US cannot be determined from the FDA’s AERs because these voluntary and sporadically submitted reports provide neither an accurate numerator (number of adverse US events) nor an accurate denominator (number of US mifepristone abortions). However, the data allow some estimation of the types, severity, and percent frequency of reported events.

In other words, this study only asks what sorts of complications are more or less common than other sorts of complications. There is absolutely no comparison of rate between medical abortions and surgical abortions and carrying a pregnancy to term, which is what this study is ostensibly used as a source for via the amicus brief footnote, and also no attempt to calculate a rate for medical abortions in particular. I have no idea—literally no idea—why this article was included in the footnotes at all, given that it has no relation to the claim it was supposed to support.

Actually wait, I may know why. The study includes this statement at the end:

Although neither the manufacturer nor the FDA recognizes a causal link between the use of mifepristone and the adverse events reported, it is undeniable that these women were healthy before the use of mifepristone and became very sick or died shortly after its use. Before any medication is used, a prudent practitioner weighs carefully the risks of the medication with the potential benefits. Medications, such as chemotherapy agents, with life-threatening or potentially lethal adverse effects are acceptable in treating conditions that are themselves debilitating or lethal such as cancer, HIV, sepsis, and others. In these cases, alternative treatments are limited and, without treatment, the disease is rapidly lethal. The use of mifepristone as an abortifacient, however, is radically different. Pregnancy in most instances is a benign, self-limited condition, with duration of approximately 8 months from diagnosis for most women. It generally occurs in otherwise healthy young women. The choice of mifepristone termination over surgical termination is based mainly on patient perceptions of safety, convenience, and privacy, but these perceptions do not accurately reflect the realities of the regimen.

First of all, that last sentence is not backed up by any comparison in rates between the two procedures, or any look at the rate of complications associated with mifepristone, which makes its inclusion bizarre. But secondly and more importantly, what the blazes happened in that bold section (my emphasis)?!

I’ve read the above paragraph five times now, and it really does read as though the authors are arguing that using mifepristone as an abortifacient is not medically wise because it is administered to “otherwise healthy young women” with no life-threatening conditions that the mifepristone is intended to cure. And note that in the last sentence they suggest that perceptions of mifepristone as safe “do not accurately reflect the realities of the regimen.” But for god’s sake, pregnancy is at least ten times as deadly as taking mifepristone, and the authors call it a “benign, self-limited condition.” What the fuck is this?!

Oh wait. Here is what it is:

Dr. Gary and Dr. Harrison are members of the Subcommittee on Mifeprex of the American Association of Prolife Obstetricians and Gynecologists (AAPLOG), the largest interest group of the American College of Obstetricians and Gynecologists. AAPLOG has filed a Citizen Petition with the Food and Drug Administration requesting withdrawal of approval for mifepristone based on safety considerations.

Gary and Harrison are anti-abortion, and, as such, they oppose the use of mifepristone (or any other drug or procedure) as an abortifacient. They pulled the FDA’s adverse event report data explicitly so that they could play up the dangers of medical abortions, even though they made no effort to compare the complications they were examining with the complications from childbirth or any other medical procedure, perhaps because they knew the results wouldn’t be beneficial to their argument.

There is absolutely nothing I can conclude here but that the anti-abortion case for protecting women’s health is statistically bankrupt. 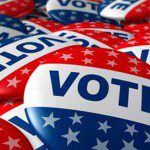 March 8, 2016
Matt Walsh: We Need to Stop People from Voting
Next Post 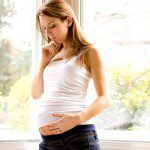