Have you noticed how much the rhetoric has shifted vis a vis gay people over the past several decades? Yes, there are some conservative evangelicals (and others) who still use language reminiscent of the 1970s and 1980s, but for many more, opposition to gay marriage or other gay rights initiatives has been rephrased in different ways. It’s all, “we love gay people, we just think children need a mother and a father.” Or, “we have gay friends, we just don’t think it’s right to force a baker to make a cake for a gay wedding.” Even anti-trans bathroom access rhetoric increasingly focuses on sexual predators taking advantage of such laws rather than on the idea that trans people themselves are predators.

This isn’t the first time people have tried to sell terrible concepts cloaked in allegedly “loving” language. Check this out:

The Negro slaves of the South are the happiest, and, in some sense, the freest people in the world. The children and the aged and infirm work not at all, and yet have all the comforts and necessaries of life provided for them. They enjoy liberty, because they are oppressed neither by care nor labor. The women do little hard work, and are protected from the despotism of their husbands by their masters. The Negro men and stout boys work, on the average, in good weather, not more than nine hours a day. The balance of their time is spent in perfect abandon. Besides, they have their Sabbaths and holidays. White men, with so much of license and liberty, would die of ennui [boredom], but Negroes luxuriate in corporeal [bodily] and mental repose. With their faces upturned to the sun, they can sleep at any hour, and quiet sleep is the greatest of human enjoyments. “Blessed be the man who invented sleep.” ’Tis happiness in itself — and results from contentment with the present, and confident assurance of the future.

This is how southerner George Fitzhugh sold slavery in 1857—and it was a lie he was selling. It was a lie that ignored the scads of children fathered through white masters’ rape of their slaves, the whippings, the cruel overseers, the long brutal hours in the fields, and the many slaves who risked death to run away rather than remain in slavery. But it was a pretty lie, a lie that presented masters as benefactors, truly kind and caring, while defending a police state built upon ownership of human beings.

The Negro slave is free . . . when the labors of the day are over, and free in mind as well as body, for the master provides food, raiment [clothing], house, fuel, and everything else necessary to the physical well-being of himself and family. The master’s labors commence just when the slave’s end.

How very taxing for the slave owner! How difficult for them!

Here’s a diary entry from a slaveowner during the colonial period:

I rose at 5 o’clock this morning and read a chapter in Hebrew and 200 verses in Homer’s Odyssey. I ate milk for breakfast. I said my prayers. Jenny and Eugene [two house slaves] were whipped. I danced my dance [physical exercises]. I read law in the morning and Italian in the afternoon. I ate tough chicken for dinner. The boat came from Appomattox [another plantation] and was cut in the evening I walked about the plantation. I said my prayers. I had good thoughts, good health, and good humor this day, thanks be to God Almighty.

Here are the words of a former slave whose master cast his eyes on her when she was a young teen, and began efforts to coerce her into being his mistress:

I WOULD ten thousand times rather that my children should be the half-starved paupers of Ireland than to be the most pampered among the slaves of America. I would rather drudge out my life on a cotton plantation, till the grave opened to give me rest, than to live with an unprincipled master and a jealous mistress. The felon’s home in a penitentiary is preferable. He may repent, and turn from the error of his ways, and so find peace; but it is not so with a favorite slave. She is not allowed to have any pride of character. It is deemed a crime in her to wish to be virtuous.

I am not trying to equate opposition to gay rights with antebellum slavery. The two are very different sorts of oppression. What I’m pointing to here is that selling bigotry as not-bigotry—as reasonable, even kind—is a longstanding tradition. I’m fairly certain you can find it in just about every form of oppression, as those defending the status quo attempt to portray the current (oppressive) system as in fact beneficial, even benevolent, and very much worth keeping.

It’s a bad idea in general to assume an oppressor is being fully honest. It is through listening to those being oppressed that we can get a better picture of what is going on—just how deep the problems go, and what are their effects. Those who oppose LGBTQ rights need to be brought face to face with the implications and results of their positions. Covering oppression in pretty language is not enough. 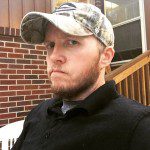 April 12, 2016
The Lie Behind the Transgender Bathroom Predator Myth
Next Post 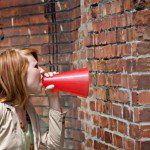