You’ve Got to be Kidding Me, Cleveland Edition

You’ve Got to be Kidding Me, Cleveland Edition April 27, 2016 Libby Anne

On Monday, the city of Cleveland agreed to pay Tamir Rice’s family $6 million. As you may remember, Tamir Rice was a 12-year-old black boy playing with a toy gun in the park, gunned down in 2014 by police less than two seconds after exiting their car. Tamir’s death highlighted both structural racism—implicated in the officers’ perception of the threat the child posed—and a lack of deescalation techniques—many criticized the officers for entering the situation and resorting to deadly violence so quickly. Even with the offer of $6 million, the city has refused to accept any fault, and the officer who shot Tamir was not indicted.

But it’s this statement from the police union that really takes the cake:

We can only hope the Rice family and their attorneys will use a portion of this settlement to help educate the youth of Cleveland in the dangers associated with the mishandling of both real and facsimile firearms. Something positive must come from this tragic loss. That would be educating youth of the dangers of possessing a real or replica firearm.

We look forward to the possibility of working with the Rice family to achieve this common goal.

Because apparently it was Tamir that was the problem here, because he had a toy gun. Not the police officers, who rushed onto the scene with no attempts at deescalation, viewed Tamir’s blackness as a threat, and fatally shot a 12-year-old in less than two seconds. No no, racism and police escalation of force played no role at all, in the view of the police union. What happened was Tamir’s fault. I cannot imagine the pain statements like this must cause the Tamir’s parents even now.

We talk a lot about victim blaming, generally in the context of feminism and portrayals of women and girls. To draw an analogy, this statement would be like a woman being raped at a fraternity party, and the fraternity refusing to admit wrongdoing but agreeing to pay a settlement, and then their council releasing a statement that they family should use some of that money to educate women and girls on how not to be sluts, so this won’t happen again. Stark, isn’t it?

The statement is signed by Stephen Loomis, the president of the union. In looking further into Loomis and the union he leads, I learned something I somehow hadn’t known about this case until today.

Do you know what I didn’t know about this case until today?

Check out this 2014 research published by the American Psychological Association:

The study also involved 264 mostly white, female undergraduate students from large public U.S. universities. In one experiment, students rated the innocence of people ranging from infants to 25-year-olds who were black, white or an unidentified race. The students judged children up to 9 years old as equally innocent regardless of race, but considered black children significantly less innocent than other children in every age group beginning at age 10, the researchers found.

The students were also shown photographs alongside descriptions of various crimes and asked to assess the age and innocence of white, black or Latino boys ages 10 to 17. The students overestimated the age of blacks by an average of 4.5 years and found them more culpable than whites or Latinos, particularly when the boys were matched with serious crimes, the study found.

I also didn’t know this troubling story about Loomis:

Two Saturdays ago, Loomis inadvertently illustrated a version of the problem he denied existed.

Before 9 that morning, Loomis sent to my cellphone a police officer’s photograph of an elementary-age student’s drawing hanging on a school wall. In it, a white police officer is arresting a black man wearing a suit and fedora and sitting at a counter. Large dark letters on the bottom read, “Civil Disobedience.”

“Connie, this is what we are up against,” Loomis wrote in a text. “While the skill of the grammar school artist is apparent the content is troubling. If our schools and teachers are accepting and in fact celebrating this message (by hanging it on the wall) how is anything going to change. Someone is teaching this kid to that feeling and acting like that is acceptable when it is not. The kids should be taught to respect elders and authority not defy it.”

I pointed out that February is Black History Month and suggested the drawing might depict the lunch counter sit-ins in the South in the 1960s.

He did not acknowledge that. “It’s amazing to watch 5 or 6 year old kids interact with each other in playgrounds and school settings,” he responded. “They have NO care about race, economic status (the brand name of their sneakers) or religion. They are ALL innocent and pure…It is not until us grown ups, media, apparently our teachers, and special interest groups poison the hearts and minds of these innocent angelic kids. The teachers and principal should be ashamed.”

A few days later I tracked down the elementary school and spoke to the principal, Alisha Evans. I hadn’t even finished describing the picture before she knew which one it was.

She sighed. “The man in the suit? In that picture? That’s Martin Luther King Jr.”

Methinks Loomis may want to spend some time getting to know his community better. And, you know, history. That too.

After the shooting, Tamir’s sister lodged a complaint against the police.

The girl said she was inside the center when she heard gunshots and another child told her that a police officer had just shot Tamir.

Surveillance footage first obtained by Northeast Ohio Media Group showed Tajai running to her brother’s side after Timothy Loehmann fired two shots at the boy, who was carrying an airsoft-style gun.

As the girl neared her brother, Loehmann’s partner, Frank Garmback confronted her and forced her to the ground. Loehmann rushed over, and the two knelt beside her as she rolled on the ground. Eventually the officers handcuffed the girl and placed her in the back of the police cruiser, less than 10 feet from her dying brother.

You can see the incident Tajai describes about a minute and a half into the extended surveillance video. Predictably, Loomis responded to the complaint as follows:

The officers themselves made no attempt to administer medical aid.

Anyone who thinks we don’t have a problem with systemic racism in our police system need look no further than Cleveland and and the killing to Tamir Rice. 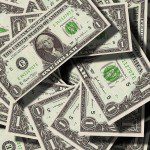 April 27, 2016
Women on Currency and Why Diverse Representations Matter to Our Children
Next Post 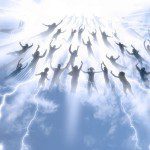