I wrote yesterday about conservative commentator Michael Savage’s claims that white children would become “slaves in their own nation” in an increasingly diverse future—a future where non-Hispanic white Americans are in the minority. I wrote about my own experience living in a majority minority area—one where no ethnic or racial group comprises the majority—pushing back against Savage’s absurd claims. But as I read the comments on my piece, I was struck by this point made by reader DCFem:

People fear those they’ve wronged. Savage knows that tremendous wrongs have been done to black people in America and he (and bigots like him) live in fear of the day when black people will exact revenge. What they’re too bigoted to see is the humanity of black people. He’s too blinded by his own hate to see that people of color want equality, not revenge. His brain is too small to imagine that there are millions of people in America who do not listen to fox news and the NRA and who aren’t plotting how to get even with a perceived enemy. Those millions of people want the same opportunities that jerks like him take for granted. I cannot emphasize enough the degree to which people of color are not thinking at all about ignoramouses like him, but are thinking about their families, their jobs and their communities.

This is a truly excellent point, and one very worth highlighting.

December 30, 2016
Anonymous Tip: Some Accountability You Got There
Next Post 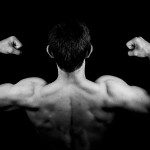