Just run for office, they said. Stop whining, get elected, make change. But even when women get elected, even when they work to bring change, some things don’t change. Check out this image and caption, by way of example:

Getty Images published this picture with the caption “A woman takes a selfie with Sen. John McCain (R-AZ) and Sen. Bernie Sanders (D-VT) (R) on the West Front of the U.S. Capitol on January 20, 2017 in Washington, DC.” The image was quickly shared on Facebook and even the Minnesota Star Tribune weighed in. The issue? The woman, who was presented as a random selfie-taker, is no less than Sen. Amy Klobuchar (D-MN). The individual who created this caption, and the individual who approved it, assumed the woman must be a random selfie-taker. They didn’t consider it worth their time to determine who she was—and doing so shouldn’t have been difficult.

Some would likely contend that this was a random case that meant nothing—McCain and Sanders have both run for president, and have held office for far longer than Klobuchar, who was elected to the Senate in 2006. The trouble is that women are far too familiar with this experience. We know what it’s like to have people assume that the men around us are the ones doing the important things, that we’re just along for the ride, or that we hold positions far below those we do. This is especially true for women of color (which Klobuchar is not). So no, I’m not going to write this off as random and unrelated to the sexist assumptions still all too common in our society.

It’s been nearly fifty years since the advent of second wave feminism, and still we’re dealing with this nonsense. The irony, perhaps, is that I’ve heard so very many people proclaiming that the need for feminism is over, and that everything has been fixed and we’ve achieved equality. We very clearly haven’t. We’re not done yet. 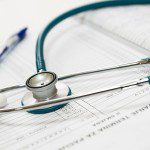 January 23, 2017
Thank the ACA, Not Restrictions, for Abortion Decline
Next Post 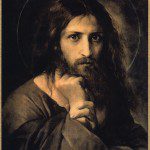