We need to talk about Josh Harris. Again.

In October, I wrote a blog post titled “Josh Harris Makes Good.” A recent tweet thread by Elizabeth Esther, however, suggests that there is more than meets the eye. We’ll get to that in a moment.

First, let’s start with an excerpt from my October post, which offers some background on the situation. Harris, as you may remember, is the author of I Kissed Dating Goodbye, a book responsible for shaping an entire generation of evangelicals’ approach to relationships and dating—in a very bad way. Harris announced some time ago that he was sorry for the damage his book had done, and that he was doing some rethinking. This led to a documentary project.

As I wrote in October:

Ever since Josh Harris announced that he was questioning the beliefs he taught in I Kissed Dating Goodbye—a book that uses scare tactics to urge Christian teens and young adults away from dating out of fear of “giving their hearts away” and thus never being whole for marriage—I have been asking why he hasn’t pulled the book from publication. I actually have a post draft that I never finished titled “True integrity means valuing people over profit.” Harris’ name is front and center.

Beyond his not pulling his book, I found Harris’ comments about a documentary project he is participating in frustratingly vague. He has also engaged in a great deal of both sides rhetoric, emphasizing that even as some people say they’ve been hurt by his book, others say they’ve been helped by it. While I found his enrollment in seminary admirable—he’d been pastoring churches with no formal pastoral training, something he later stated was a mistake—I, like others, worried that his comments about his book—and his documentary project—were more about garnering attention than about making good.

Well, he has finally done it. He has made good—or at least, he has taken a real and substantive step toward doing so.

In that post, which I wrote in response to an announcement Harris had posted on his website, I offered two reasons for my feeling that Harris had “made good”—or at least, that he had finally made a good start. First,Harris stated that he was finally pulling his book from publication. This was something I had urged him to do in the past. Second, in this same statement, Harris finally used “I” language, which felt like taking responsibility (after a whole lot of deflecting).

While I was extremely positive toward Harris’ statement in my post, I did offer one caveat. Harris had written, once again, that there are those who say they were helped by his book. He responded that this does not matter because his book also caused harm. As I noted in my post, however, this response only went partway:

Those saying they benefited from his book may be saying so because they falsely believe that dating involves giving away pieces of your heart that you will never give back, or that kissing before marriage is damaging and should be avoided. Inasmuch as Harris’ book ensured that they did not date, or ensured that they did not kiss before the wedding, then, they believe it helped them. But this belief is built on a mistaken foundation.

At some point, Harris may need to address this.

From the very first time Harris apologized for his book—in a twitter exchange with Elizabeth Esther—I’ve wondered how much of the foundations of his teachings he had rejected. In his media appearances, he talked about seeing the harm his book had caused, and about changing his mind on things, but he was frequently lacking in specificity.

This, in his recent statement, was the closest Harris came to questioning the underlying foundation of his book:

I no longer agree with its central idea that dating should be avoided. I now think dating can be a healthy part of a person developing relationally and learning the qualities that matter most in a partner.

This is a seemingly huge change, given that his book was titled “I Kissed Dating Goodbye” and given that it portrayed dating as preemptively cheating on your future spouse. This statement—which was more specific than he had been before—made me hopeful that Harris really had changed—that he was finally willing to really push back on the things he’d taught in his book. And frankly, having grown up on his book, seeing Harris affirm dating as a positive thing—whether or not it led to marriage—felt hugely cathartic. I felt strangely vindicated.

Well, Elizabeth Esther has now seen the actually footage of the documentary, and she is not impressed. As she tweeted earlier this week:

Since I participated in the “I Survived I Kissed Dating Goodbye” documentary, I have some thoughts to share in the aftermath of watching the actual footage. Nutshell version: I am really disappointed and regret my involvement.

My takeaway is that nothing has changed for Josh Harris. He still believes the same things. He just doesn’t like how he said it in a book he wrote. He’s sorry he hurt people. But not enough to do the actual hard work of making amends. Instead, he made a movie centering…himself.

A HUGE chunk of my conversation with him was cut. In that deleted section he confirmed he doesn’t affirm LGBTQ people. I asked him directly. That whole part of the discussion was cut.

The entire angle of the documentary seems to be: “I had good intentions. I need you to know how good my intentions were!” As if that heals the wounds. As if all we really needed in order to heal from purity culture was to *understand* HIM better. Honestly, I’m really upset.

I should have known better. I should have asked to approve the footage before signing the release. I feel that my participation did more harm than good. I went in there believing the best. Giving benefit of doubt. The whole thing just feels so OFF. I feel gross. I feel used

And I want to make it 100% clear that I absolutely affirm my LGBTQ friends and family. You didn’t get to see me say that on camera because they cut it. I’m sorry. You deserved better. I love you. <3 Once again, here we are cleaning up the mess of purity culture. I’m devastated.

I’ve told Josh all these things in a message. He knows how I feel about this. Now you do, too. I’m sorry. I love you all. XO.

After reading Elizabeth Esther’s tweets, I dug up the documentary and watched it. She’s spot on. I will be posting a full review of Harris’ documentary next week. My hesitant tendencies regarding Harris—laid out in several posts—were right all along, and I should have listened to them more fully. My post in October, in which I wrote that I felt that Josh Harris was finally taking the steps necessary to make good, was premature in its optimism, and for that I am sorry. 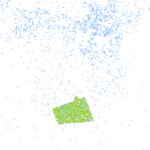 December 19, 2018
The Most Sobering Thing about the Racial Dot Map
Next Post 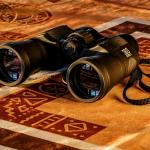