Grappling with the Dystopia We Now Call Home

Over the past few weeks, I haven’t blogged much about impeachment, or about Trump. I’ve had plenty of other things to write about, and at some point the steady drip-drip of the horrifying news about Trump starts to feel like simply the torturous backdrop of the world we live in today. If I wrote about every horrific or outrageous thing Trump does, I’d write about nothing else. When lining our borders with moats filled with alligators and snakes enters the national conversation, it’s easy to feel like we’re living in a dystopia.

And yet, somehow, Trump can still surprise people. Take his horrifying letter last Wednesday to Turkey’s leader, Erdogan. The letter was so bad that most people initially assumed that it was a fake (including my own lovely husband). Somehow we still think there’s a low Trump—and his administration—won’t stoop to.

But no! The White House verified the letter’s authenticity. 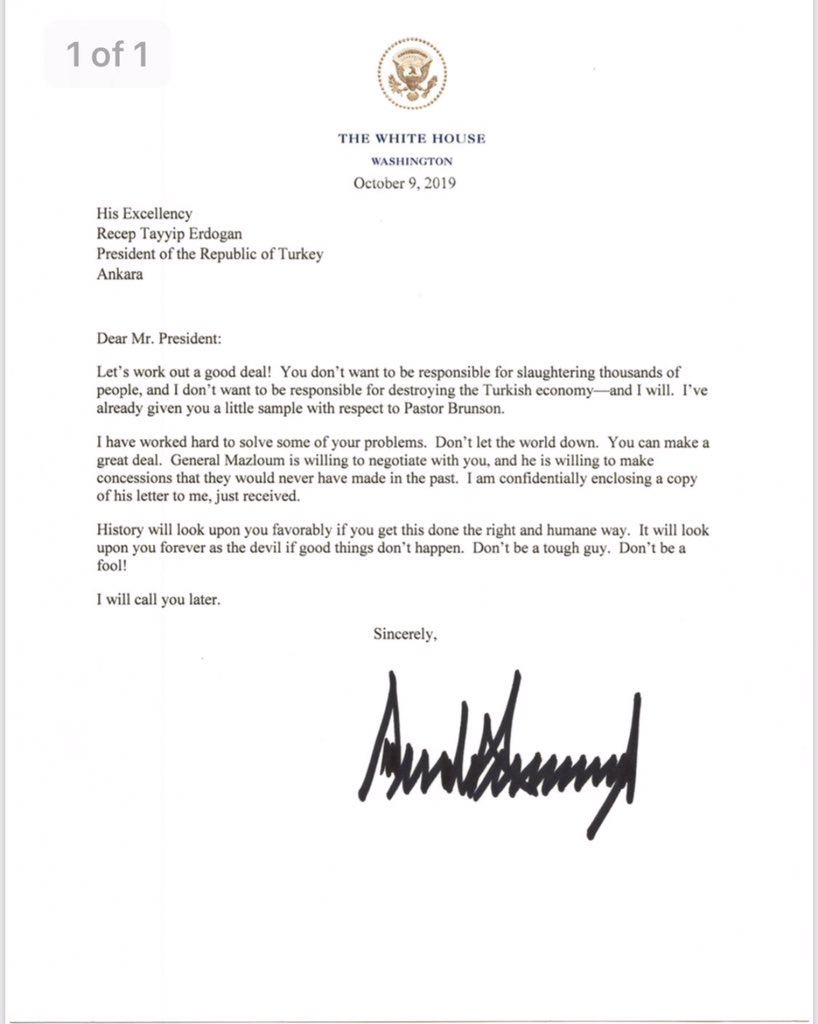 Here is the text of Trump’s letter to President Erdogan:

I have worked hard to solve some of your problems. Don’t let the world down. You can make a great deal. General Mazloum is willing to negotiate with you, and he is willing to make concessions that they would never have made in the past. I am confidentially enclosing a copy of his letter to me, just received.

I will call you later.

Trump’s letter was reportedly was the last straw in Erdogan’s decision to invade Syria. Erdogan reportedly was so enraged by Trump’s letter that he threw it in a trash can. So much for Trump portraying himself as the king of making deals. There are specific norms in politics, and in diplomacy. Trump may think he’s being edgy by rejecting them, but many of those norms exist for very good reasons.

Brad Simpson, a professor at the University of Connecticut, explained as follows on twitter:

I am a historian of US foreign policy. I have read many, many letters from US Presidents to foreign leaders, and I have never read a letter from the US President so unhinged, so threatening, so bizarre, so completely lacking in basic etiquette. Trump is deeply, deeply unwell.

2/ For non-historians wondering what makes this letter so unusual, aside from the bonkers prose: Normally a letter from the US president to a foreign leader is drafted by the national security advisor or other high level policymakers, with input from other stakeholders.

3/ Even in response to rapidly unfolding events, a Pres letter is written and edited by committee, almost never by the Pres himself, and usually goes through multiple drafts to make sure every word is consistent with existing policy or spells out a considered policy option.

4/ A Presidential letter to another head of state is the sum of a policy process, and lots of people will sign off on it, since the US embassy and many others will have to respond to whatever policy issues are raised and any new initiatives that are rolled out.

5/ Trump’s letter seems to have been dictated straight by him to a secretary and sent to Erdogan without any input from top NSC, State Dept, or Pentagon/JCS advisors. It’s hard to overstate how crazy this is, given the stakes involved for US in Turkey’s invasion of Syria.

6/ This letter suggests a complete breakdown of the policymaking process and a President who is totally improvising with no input from advisors, since no competent, serious policymaker would ever sign off on such a letter. It just would not happen.

7/ Trump’s letter is in line with the decision to withdraw US forces from Northern Syria and green light Turkey’s invasion, also sprung upon his own senior policymakers with no warning, no policy process, no consideration of consequences.

8/ Presidents normally see themselves as constrained by their advisers, whose greater expertise and experience they at least have to consider. Trump doesn’t seem to see himself constrained by anyone and seems to feel free to say or do anything, and that should terrify us all. END

Somewhere on Capitol Hill there’s a closet full of spines. That closet contains the spine of every single Republican lawmaker, with one exception. Justin Amash opted to keep his spine, but to do so, he had to surrender his Republican registration. He wasn’t allowed to keep both that and his spine.

It may sound like I’m being snarky, but I’m really not. You cannot read both Democrats’ and Republicans’ description of their meeting with Trump last night, in light of the way he talks on Twitter, and not conclude that Republicans have surrendered their spines. Is it that hard to stand up to Trump?

Dan Diamond, reporter for Politico, pointed to the front page of the New York Times in a tweet this morning:

The front page of the NYT website — on day 1,000 of the Trump administration — reads like a parody prediction from 2016 of what Trump’s presidency would look like. pic.twitter.com/oT3VxVqDXp

“The front page of the NYT website — on day 1,000 of the Trump administration — reads like a parody prediction from 2016 of what Trump’s presidency would look like,” Diamond wrote. A number of individuals tweeted back at Diamond, pointing out that their 2016 predictions had not been parodies.

I’ve come to the conclusion that it was chance and chance alone that resulted in National Fascism happening in Germany and not here. There is nothing that makes the American people special, more immune than anyone else to dictatorship or fascism. We frequently criticize ordinary Germans for not doing more to stop the tide of fascism in their country, but there are children in cages on our southern border and here I am at home, getting up every day and making coffee as though nothing is wrong.

I often ask myself if I am doing enough. But then I feel so very powerless. I’ve been thinking a lot about the nature of power, recently. Perhaps I should have been a philosopher—or a political scientist. Not that I could have done so much more in those positions, mind. It’s just that I crave understanding. A luxury, really.

My husband is of the opinion that the Republican Party has lost its identity as a cogent set of principals, and has formed a new identity based solely on hating the Left. This, he argues, is why Trump can talk the way he does and receive only accolades from his base. His actual policies don’t matter. His brash violation of every convention does not matter. All that matters is that he shit-talks progressives and makes them angry.

My husband isn’t alone in thinking this. Jane Coaston at Vox wrote an article titled What’s Wrong with a President Trump? in which she outlined essentially this thesis. “They’re convinced that the real lesson of 2016 is that an aggressive fighter like Trump makes a superior politician to more strait-laced Republicans like Mitt Romney,” she wrote of conservatives. “[T]hat makes Trump look like a far better option than Pence, no matter what.” Why? Because Trump is a fighter. He’s brash, he’s unorthodox, and he’s mean.

For conservatives, Trump’s vices become virtues, and fighting the Democrats is all that matters. Tribalism at its finest.

And so, here we are. Trump won’t be impeached and removed from office, no matter what he does or has already done, unless at least a dozen or so Republicans in the Senate beat a path to that dusty closet on Capitol Hill and reclaim their spines. Do you see that happening? I don’t. Every time I thought something was a bridge too far, it turned out it wasn’t. In their meeting with Trump yesterday, Congressional Republicans could have used their concern about Trump’s actions in Syria as a pretext to stand up to him. But they didn’t. 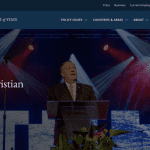 October 16, 2019
Are the State Department and Department of Justice Preparing for President Pence?
Next Post 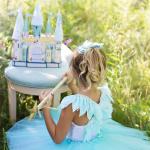 October 18, 2019 Stepping Heavenward: All the Pretty Children
Recent Comments
0 | Leave a Comment
"Attributed to Benjamin Franklin, and it continues...“Democracy is two wolves and a lamb voting on ..."
Freodin The Real Problem with Amy Coney ..."
"I’m stealing that line about democracy being 2 wolves and a sheep deciding who to ..."
Cynthia The Real Problem with Amy Coney ..."
"This. One memory that has stuck with me for years was the first Sunday I ..."
kaelee_p I Grew Up Evangelical. Converting to ..."
"The Catholic church I went to through middle school was big and imposing and didn't ..."
kaelee_p I Grew Up Evangelical. Converting to ..."
Browse Our Archives
get the latest from
Love, Joy, Feminism
Sign up for our newsletter
POPULAR AT PATHEOS Nonreligious
1

Nonreligious
No, Traffickers Are Not Abducting Millions of Children...
Love, Joy, Feminism 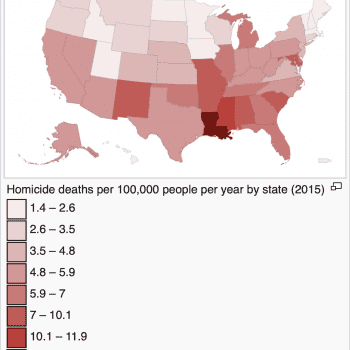 Don't Let Jesus Take the Wheel
I sometimes get asked, “Why do you hate God?” Well, how much...

New Survey Gives Insight On Your Shopping Choices
Why do you buy what you buy? Are your purchases for...
view all Nonreligious blogs
What Are Your Thoughts?leave a comment
Copyright 2008-2020, Patheos. All rights reserved.