Right-wing New York Times columnist Bret Stephens has done it again. On Friday, in a piece titled Suleimani Died as He Killed, Stephens, a neoconservative known for his climate science denial, among other things, defended Trump’s assassination of the Iranian Revolutionary Guard Commander Qassim Suleimani as follows:

As an agent of international mayhem, Suleimani’s peers were Osama bin Laden and Abu Bakr al-Baghdadi. To think of him as a worthy adversary — an Iranian Erwin Rommel — is wrong. He was an evil man who died as he had killed so many others.

Yes, you read that right. Erwin Rommel was a general in the German army during WWII. Stephens defended the killing of Suleimani by favorably comparing a Nazi general to him. Soleimani, Stephens argued, wasn’t a “worthy adversary” like that Nazi general, so it was fine that the U.S. killed him in an air strike.

First, describing Rommel as a “worthy adversary” is … well … iffy. David Walsh, a history PhD student at Princeton, explained as follows on Twitter:

It cannot be emphasized enough that Bret Stephens is the laziest columnist writing for a major publication in the United States today.

His latest masterpiece justifying the assassination of Suleimani goes out of its way to praise Erwin Rommel as a “worthy adversary.” A couple of things here.

One, it’s abundantly clear that Stephens does not know what he’s talking about. Troops under Rommel’s command murdered Jews in North Africa.

Two, it’s also abundantly clear that all that Stephens knows about Rommel was probably gleaned from History Channel documentaries in the 1990s, or hack “Good War” books like Andrew Roberts’, or from the James Mason biopic. Probably from all three.

The broader point is that he’s pretty clearly drawing his information on World War II from older sources that are committed to the myth of the “clean” Wehrmacht, where it wasn’t the honorable German soldiers who committed war crimes, but rather the evil Waffen-SS.

This is *patently* untrue — Wehrmacht officers and ordinary German soldiers routinely committed war crimes and were actively complicit in the Holocaust.

The reason why this is incredibly lazy of Bret is because the myth of the clean Wehrmacht has been debunked by historians — and studied in its own right as an important postwar phenomenon — for DECADES.

If you want to know more, I’d point you to this article in the Independent. Rommel was one of Hitler’s earliest supporters, and praised him for restoring the country’s pride. At the very least, he turned a blind eye to the ethnic cleansing his troops carried out in North Africa, and by some accounts he was directly involved. Rommel committees suicide in 1944 after being either involved in or framed for a plot against Hitler. But, while he had urged Hitler to sue for peace with the Allies, Rommel went to his death praising Hitler and insisting that he wasn’t involved. The view of Rommel that Stephens uncritically repeats in his column is a myth.

I’m genuinely unclear as to why it was necessary for Stephens to praise a Nazi general in order to defend the killing of Qassim Suleimani. Look, we get it. Suleimani spent two decades planning and orchestrating attacks on both civilians and American troops that made our world a more dangerous place. I haven’t seen a single person claim that he was a good guy. You know what’s bizarre? Stephens’ decision to use “Suleimani wasn’t like that good Nazi” as his argument for the moral rightness of his assassination.

But there’s another issue. The British did try to take Rommel out. Once again, from David Walsh on Twitter:

ADDENDUM: Upon re-reading the column, it occurs to me that the implication Stephens is making is that it would be wrong to assassinate a “worthy adversary” like a Rommel, as opposed to a genuinely evil man like Suleimani. Well, funny story…

And the United States DID assassinate Admiral Yamamoto Isokoru, the architect of the Pearl Harbor attack who has been consistently portrayed in postwar media (think “Tora, Tora, Tora” though there are others) as a “worthy adversary.” [link]

I’m sure Stephens feels like we’re picking the fleas (bedbugs?) in his pocket, attacking him for all of four words in a column. But it actually undercuts the way he frames his piece — as talking about the assassination as an act of moral justice!

This hits the nail on the head.

Few people have a problem with attempts to assassinate enemy generals … in war time. If we were at war with Iran and word came out that our forces had killed their head general in a targeted airstrike, the reaction in the U.S. would be unambiguous jubilation. It’s just that we’re not actually at war with Iran.

Stephens doesn’t seem to get why people are upset right now. People aren’t concerned because they think Suleimani was a good guy. They don’t. They’re concerned because assassinating another country’s top general seems like a very good way to end up at war with that country, and Congress has not authorized a war, and the American people don’t want a war. But then, Stephens is a neocon who wants the U.S. to be more interventionist and ends his post arguing for “deliberately disproportionate retaliation,” so there’s that.

In his column, Stephens argues that the assassination of Qassim Suleimani is a moral good because he wasn’t a worthy adversary like Nazi general Erwin Rommel, when in fact Allied forces actually did try to assassinate Erwin Rommel, because that’s what you do in war.

Sure, that tracks! Way to go, New York Times! 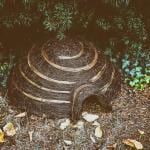 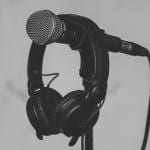