Did you hear what televangelist Jim Bakker said recently?

You know what? Trump is a test whether you are even saved. Only saved people can love Trump. No, you gotta be really saved! You gotta forgive! You gotta be able to forgive. You forgive when you’re saved.

Let me see if I can parse this logic. The claim is that you can only love Trump if you are willing to forgive, and only people who are saved are able to forgive, ergo, only saved people can love Trump.

This begs the question: what is it about Trump that Bakker thinks needs to be forgiven? His argument appears to be that Trump is a big sinner and that everyone will de facto hate him for all the bad things he does, and that this automatic hate of Trump for all the horrid things she does is overcome only by those who know how to forgive.

Evangelicals truly think they’re the most forgiving people out there. No, really! When I was an evangelical teen, I used to feel bad that I’d never done anything really bad. I know that sounds weird, but evangelicals were always big on having people share their testimonies, and the ones people really loved to hear were the ones where someone started out as a drug addict or a murderer and then they found Jesus and were changed.

It wasn’t until I left evangelicalism that I learned that outside of that world, evangelicals are seen as the least forgiving people. And I can see why. They certainly weren’t keen on forgiving Bill Clinton! More seriously, evangelicals do not tend to be forgiving of those who do not live by their moral code. If you sinned, and then you repented and became saved, you’re forgiven. But if you’re “living in sin” and unrepentant? Nope!

So, let’s return to Jim Bakker.

You know what? Trump is a test whether you are even saved. Only saved people can love Trump. No, you gotta be really saved! You gotta forgive! You gotta be able to forgive. You forgive when you’re saved.

Is the argument that people don’t like Trump because he did bad things in the past, and then got saved, and now he does good things, but people who aren’t saved won’t forgive him for his past? Because I can’t figure out how else to make Bakker’s comments make any sense, even in the evangelical context, and it still makes zero sense. What did Trump do in the past that he isn’t still doing in the present? And when has he ever repented, of anything?

But maybe I’m not supposed to make it make sense. Maybe I’m trying too hard.

As Hemant Mehta wrote on the Friendly Atheist:

Needless to say, there’s a difference between forgiving someone’s past after they’ve repented for mistakes — which Trump hasn’t and wouldn’t do — and forgiving someone who purposely screws people over in the present.

Right-wing commentator Lou Dobbs is at it too.

“It is a shame that this country which is benefitting so much from this president’s leadership does not understand their obligations to this leader who is making it possible.”

You know what else? Dobbs says we have “obligations” to Trump because we are “benefitting so much from” his leadership. Here’s the thing though. That’s his job. It’s Trump’s job to be a good leader of our country.

I’m starting to think that what Trump did in Ukraine is simply what he does in every part of the presidency. He expects to be served in exchange for doing the job we elected him to do. Remember when Trump got mad at Rep. Debbie Dingell because he approved a state funeral for her late husband, the former Rep. John Dingell, and doing so hadn’t won him Debbie’s undying loyalty and devotion? Like he thought he was owed that—her undying loyalty—because he did his job and gave a former Congressman state honors when he died?

He even implied, in public at a rally, that the late Rep. John Dingell is in hell. Because he was mad at his widow for not becoming a Trump groupie in exchange for a state funeral for her husband.

Trump sees everything as a quid pro quo. 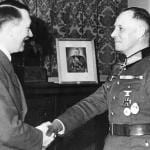 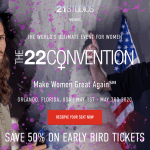