Making Sense of the Morning After

While the final results will take days to tabulate, we do know one thing: this is no Biden blowout. In fact, more people voted for Donald Trump in 2020 than voted for him in 2016. I don’t have anything particularly profound to say, but I thought I’d take a moment to make a few points.

This Is What Our Country Is, Not an Aberration

To start out with, we can’t (and shouldn’t) pretend that what Trump has awoken is some sort of aberration. It turns out that this is what this country is. We as a nation aren’t better than this. This is who we are.

Turns out, this really is the country we thought it was.

We are a nation that votes for incompetent racist demagogues who flaunt their corruption and peddle hate. Full stop. Despite whatever hopes we may have held for a blue wave this year, it is clear now that 2016 was not an isolated moment of madness. The idea that America is an exceptional nation based in freedom and democracy, with institutions and norms that are sound and unchanging, is a mirage.

This morning, as I was lamenting the fact that so many people could see what Trump is—it’s not like he hides it!—and yet still vote for him, my husband responded that many people who voted for Trump this year actually don’t know what he is. They live in media bubbles that spin a false reality, he said.

Now, obviously, people choose to stay in the bubble they’re in—and there are plenty of ideas not even a bubble can make understandable. Still, my husband has this whole theory that the polarization we’re seeing right now is about the fracturing of the media ecosystem—and he’s right that the media ecosystem has changed! We no longer inhabit a shared reality, and that is absolutely going to have downstream affects.

I’m not sure whether or not I actually find this theory encouraging, though. It may help explain our current circumstance, but it doesn’t offer much regarding how to fix it—indeed, it makes it feel rather permanent.

And even this theory does not explain the acceptance and celebration of race baiting and xenophobia. That a person lives in a media bubble that portrays immigrants and Black people as a dangerous threat to white people does not make that person any less racist. White people who screamed at Black children integrating white schools probably did genuinely believe that Black people presented a threat to their families and way of life—that they had been taught to think this way did not make them any less responsible for their actions.

Over the past few years, I’ve increasingly looked back on the hope and excitement of 2008 with bewilderment. What the hell happened? How did we go from that—to this?

Obviously, there’s a lot to be filled in here. But it is true that John McCain rejected birtherism and related conspiracies, the exact things that Trump made his bread and butter. It’s not that McCain and Romney weren’t racist, or never pushed racist policies or ideas. Still, I think there is something to this—Trump has fanned the flames of America’s white supremacism and racism, and has woken things that were previously partly dormant, or under the radar. Trump has said the quite part out loud, again and again and again.

Again, this isn’t to say that Republicans weren’t racist before Trump. The Tea Party especially was often blatantly racist. But in 2008 and 2012, those ideas weren’t embraced and fanned by the party’s presidential candidate the way they have been by Trump. In some sense, Trump has thrown gasoline on a smoldering fire.

Voting for Democrats’ Ideas … but Against Democrats?

One last thing. By a twenty point margin, Florida voters passed a resolution raising the hourly minimum wage from $8.56 to $15 by September 2016. By a 13 point margin, Montana voters legalized recreational marijuana. Voters in South Dakota did the same. Does this strike anyone as somewhat odd?

But then, maybe this isn’t odd at all. There was much ado made of the fact that, in 2016, Trump promised a healthcare plan that would offer people better coverage than what we have now, including coverage for preexisting conditions. Some analysts argued that Trump was an economic populist. In other words, the claim went, Trump stands for the little guy—which is rhetorical territory the Democratic Party typically stakes out.

Of course, these same analysts later admitted that Trump does not govern like an economic populist. To give one example, his administration is currently trying to strike down all of Obamacare, without unveiling any proposed replacement. So much for being there for the little guy! It’s all an act.

It’s as though some voters do want what the Democrats are selling—a higher minimum wage, better-paying jobs, worker protections, affordable healthcare—but not when those things come along with rights for Black people, LGBTQ people, and women. And yes, that’s maddening.

Where to from Here?

It may be several days before we know the results of the presidential election—an election that should not have ever been close. But one thing I’ve been thinking about a lot lately is the extent to which we often neglect state and local politics in favor of federal politics. For instance—how many of us have been to a city council meeting? How many of us know anything at all about our state legislator, except maybe their name?

In the near future, I plan to make a list of things I can do to become more aware of and involved in state and local politics (to the extent that I have the time and energy, of course). I am also going to think of other ways I can work to benefit my community—to learn more about what charities need support, what causes need pushing, etc. Wherever we are, we can be a cause for good—even in the midst of chaos.

None of this makes what happened yesterday okay. Still, for my own sanity, I am increasingly feeling a need to shift my focus away from the national level to focus on the things I can change. Oh—and it’s time to step away from social media. While your milage may vary, for me, social media has begun to feel increasingly unhealthy. It doesn’t help, and it only results in an increase in anxiety. There has to be a better way. 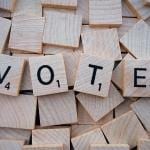 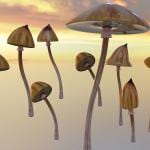