Things To Consider With Witchcraft Books

Anyone that knows me or that follows my blog, knows that I’m a bibliophile. I love non-fiction books, particularly those of a spiritual, occult, metaphysical, religious, or folklore nature. I review a lot of books. Many have commented on the fact that many of the books that I review are almost completely positive. Why don’t I have any negative reviews? The truth is that I read way more books than I review. There are many books that I will never review. Why? Because my focus is on lifting up the works of others that I truly enjoy and think will help other like-minded seekers. I have no interest in bashing someone’s work, I rather just direct people to books that I think are great.

You may notice that the books that I review are very diverse within the realm of occultism. I’ll review a book by Silver Ravenwolf one day and then a book by Gemma Gary the next. Two very diverse flavors of witchcraft. I read everything from books on folk magick to books of a more new age flavor. I read almost anything I can get my hands on that deals with these realms, because I’m in love with magick – plain and simple. I can find nuggets of truth also in books that I greatly disagree with for the most part, such as The Bible or The Satanic Bible. How can that be?

I think many magickal practitioners get lost in a conditioning of past indoctrination from their previous religions with a mindset that a book is either completely true or completely false. With this mentality one is either blindly believing everything in a book or they’re throwing the baby out with the bathwater. With both frames of mind, one loses out completely on wisdom, insight, opportunities to enhance their craft, challenge their ideas, question their assumptions, or genuinely grow in their magickal pursuits.

First and foremost, I have tried to make it clear several times that I am not a hard polytheist nor a reconstructionist pagan. As I have written before, I believe the path of the witch is a lonely path. What I mean by that is that regardless of the traditions we’re involved with and despite the covens and organizations that we may practice with – at the end of the day the spirituality, magick, growth, and daily life belongs to the witch themselves. In this sense, I see all witchcraft as solitary. I also believe that Witchcraft is a scavenger path, even when it comes to reconstructionism and revivalism. While one should always try to be respectful and mindful of cultural appropriation, witches have always taken what works and added that to their tool belts. In fact, a lot of modern folk witchcraft comes from the cunningfolk traditions which were predominantly Christian in nature.

Here is a discernment guide that some of you may find helpful to consider when reading books on Witchcraft, the Occult or Paganism: 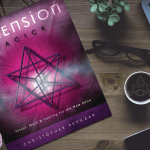 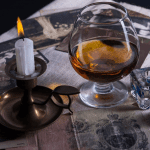 January 8, 2018 Working With The Ancestors
Recent Comments
0 | Leave a Comment
"This makes me love jack-o-lanterns even more."
Anonymous Jack-O’-Lanterns and the Devil
Browse Our Archives
Related posts from For Puck's Sake