I have written about previously how Witchcraft takes work, how we shouldn’t have blind faith, and how our Craft should push and challenge us. These are all true and are part of the equation of Witchcraft. These are all within the realm of the Middle Self; the ego, the talker, the sense of identity, the intellect. But this alone can make us fall into the trap of being an armchair magician. Another crucial element to successful magick is the Lower Self.

This morning during my meditation I was reflecting on why I felt that I was in a funk. I had done tons of cleansing and clearing the night before, yet I still felt off. How did I feel off? I just didn’t feel into doing my magickal routine of the day. In fact, it felt like a chore. So I checked in with my Familiar Spirit and she said, “If you would walk the witch’s way, observe with care the child at play.” This is a quote that is attributed to Lady Circe. It didn’t make sense how it applied, so I asked again and was repeated the same line. So I sat with those words to really think about it.

In psychology, there’s the concept of the Inner Child and in a lot of ways, it parallels the Lower Self in the three soul model of many witchcraft traditions. Storm Faerywolf writes in Betwixt and Between that the Fetch (Lower Self) is “…preverbal, communicating not in words and sentences, but in gut reactions, symbols, and dreams. It is our animal and sexual nature … as well as our innocent child nature. It is primal and uncivilized. […] It is the part of us that experiences delight and joy, and according to Cora Anderson, is the first part of our soul that falls in love.”

Let’s take a moment and think about children when they’re playing. There are two main factors that stick out to me. The first is that they are fully engaged because they’re having fun. The second is that their imaginations are in full swing. Children are often perceived as being more naturally psychic and magickal and I would agree with this. I believe a lot of it has to do with those two factors. In fact, the most magickally talented people I know are fun people and mind-blowingly imaginative and creative. When children are having fun they’re totally plugged in because they’re engaged. Children seek out play, creativity, and fun.

Now think of a child that’s not having fun. Think of a child who is completely bored. They’re completely resistant even if that’s not their intention. If you put a child in detention or sit them down for a boring class lecture, more often than not they will begin daydreaming. That’s because they are Lower Self beings. When that Lower Self is not having its needs met, it will disengage and wander off. Psychic ability is tied to the alpha brainwave state, which is the same brainwave state that is activated when one begins daydreaming or engages their imagination.

While I’ve had teachers and peers agree and disagree, I believe that intuitive ability is absolutely a trait of the Lower Self. I also believe that magick is strongly fueled by that Lower Self. When we aren’t fully engaged we disconnect with our Lower Self. I have seen this countless times. A talented witch will begin hitting the books and start taking themselves more and more seriously only to find that their spells aren’t giving them the results that they used to. A talented psychic will decide to go professional and then in a year find that their psychic ability isn’t working. A shop owner who was initially excited about their dream of owning a metaphysical shop finds themselves hating it after five years of dealing with the “real world” aspects of running a business. In all of these examples, something magickal was stifled by losing their excitement and thereby their engagement with it.

The key to this is to check in with our Lower Self continually, our own inner child. We need to see if the needs are being met. Is it having fun? Is it playing? Is it excited? What does it need? How can you regain that spark again? How can you bring that creativity and engagement back? Magick is usually considered a science and an art. It is just as much Middle Self as it is Lower Self. In my magickal training, the importance of aligning the three souls was stressed. But it’s more than just a mental exercise. It’s more than just saying “whatever goes!” and throwing out all magickal theory out the window. Effective magick weaves all three strands together to pack a strong punch.

When I’m taking myself and my practice too seriously, I recognize that it’s time to reset my perspective and find the full engagement. If I cannot, then it’s a message from my soul that this is out of alignment with me and that I need to find something that is. But often, it’s just a matter of the Lower Self needing to be fed and played with. If you’re finding a strong resistance to something, perhaps it’s time to ask whether your inner child is at recess or whether it’s in detention. After all, in the words of The Shining, “All work and no play makes Jack a dull boy.” 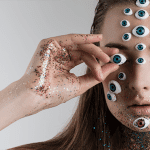 February 8, 2018
The Difference Between Intuition & Psychic Ability
Next Post 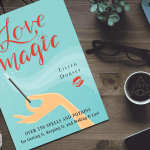