Aradia, or The Gospel of the Witches is hands down one of the most influential books in modern witchcraft, with elements inspiring both Gardner’s Wicca and the modern day We Are Aradia movement for political and social justice within Witchcraft. However, on the surface, there’s a huge glaring problem in the text – an anti-semitic and racist problem.

“Yet like Cain’s daughter thou shalt never be,
Nor like the race who have become at last
Wicked and infamous from suffering,
As are the Jews and wandering Zingari,
Who are all thieves and knaves; like unto them
Ye shall not be….”
– Aradia, or The Gospel of the Witches
(Charles Leland Translation)

As someone who closely works with Aradia, this has always been a bit of a problem that I’ve sort of pushed aside as it didn’t make sense with the rest of the text. You see, “Zingari” is an Italian word for the Romani people and has pretty bad connotations. For those who are unfamiliar the Romani people are more commonly known as the Gypsies, a term that is sometimes seen as offensive and problematic to the Romani people and sometimes not. The word zingari comes from the Greek zingano which means “untouchable.”  The text which was allegedly given to folklorist Charles Leland by an Italian witch named Maddalena and the text itself was written in Italian from which he translated it.

The problem, you see, is that Leland mistranslated the text. Part of this is due to the text being in poetic form. However, as I previously wrote in Four Books To Learn More About Aradia, Mario Passaglini, Ph. D., and Dina Passaglini retranslated the text. Passaglini, whose family comes from the area of Italy that the Aradia text originated from and who understands the dialect and phrases of that region better than say Leland, who was an American not of Italian descent. Passaglini gives a line-by-line translation to show where Leland made errors in his original translation. He also shares his own research notes regarding the new translation and a line-by-line retranslation.

So the below passage doesn’t seem like a drastic retranslation, but it really is, because it’s written much, much clearer. This part of the translations says:

“You must not be like the daughter of Cain,
And from the race that became
Wicked, infamous, caused by mistreatment,
Like Jews and Gypsies,
All thieves and bandits,
You Shall not become….”
– Aradia, or The Gospel of the Witches
(Passaglini Translation)

I have a totally different reinterpretation of that translation which I feel fits with the whole theme of the book – overthrowing oppressive power structures. But another thing we need to look at is who “the daughter of Cain” refers to. The Aradia text doesn’t fit nicely into any clear-cut box, because it’s witchcraft. So we have for example, Roman mythology mixing with Biblical mythology over and over again but not really referring to either and we also have pagan practices mixing with Catholic folk magic practices. To me this is a very clear indication that the Aradia text is indeed the genuine spirit of witchcraft captured within the book.

Furthermore, there’s a strong Luciferian tone to the whole book: the overthrowing corrupt government,the overthrowing of oppressive religion, blasphemy, the embracing of personal power and magickal power and well…Lucifer. In Biblical lore, Cain was the child of Adam and Eve. After murdering his brother (or sacrificing to God the thing he loved most, his brother, depending on whose side of the story you believe), Cain was banished from Eden and marked with a curse. Adam and Eve had another son, Seth to whom all people are to have descended from, except the Bible makes it clear that this isn’t true. In the Bible we have Pagan civilizations popping up all around the descendants of Seth. So we have a clear narrative that the children of Seth turned into what were later the Isrealites and those whom Christians claim lineage and then there’s the children of Cain who were supposedly the pagan civilizations and indigenous cultures.

The Bible also gives us a clear lineage up to a point of Cain’s descendants. While a wife is never given, Jewish lore and texts like the Zohar give Lilith as the mother. Lilith being the first wife of Adam who refused to be subservient to him so was banished and made into a demoness, or a dark goddess (also depending on the point of view). The connections with Diana in the Aradia text and Lilith have been pointed out by several researchers and is too big of a topic to fully unpack here, but this is also a connection. This mixing of human with Lilith’s non-human is another mythopoetic legend of the witch-blood that some traditions embrace, particularly certain lines of Traditional Witchcraft.

The Bible tells us that Cain had a son named Enoch (not to be confused with Enoch of the Sethian line who discussed among many things, how the Grigori angels mated with mankind in the Book of Enoch, which is another mythopoetic legend of the witch-blood that certain lines of witchcraft embrace). Anyways, according to the Bible Enoch had a son Irad, who had a son Mehujael, who had a son Metheshael, who had a son Lamech, who had a son named Tubal Cain. At this point the lineage of Cain stops in the Bible as Tubal Cain was of the same generation as Noah and therefore supposedly wiped out by the Great Flood. Tubal Cain is a very important figure in most lines of Traditional Witchcraft.

“According to the Book of Enoch, which brings Azazel into connection with the Biblical story of the fall of the angels, located on Mount Hermon, a gathering-place of demons from of old.  Azazel is represented in the Book of Enoch as one of the leaders of the rebellious Watchers in the time preceding the flood; he taught men the art of warfare, of making swords, knives, shields, and coats of mail, and women the art of deception by ornamenting the body, dying the hair, and painting the face and the eyebrows, and also revealed to the people the secrets of witchcraft and corrupted their manners, leading them into wickedness and impurity.

According to Luciferian tradition, Azazel and Tubal Cain are the same entity.  Azazel having chosen Tubal Cain as his earthly vessel when he lead the rebellion of the fallen angels. Tubal Cain is of the line of Cain, through his father Lamach, marking him with the holy blood of Lucifer.  By teaching the daughters of man witchcraft, Azazel/Tubal Cain became the Witchfather.“
– Tubal Cain: an Introduction
American Folkloric Witchcraft

The quoted text above is the most common idea about Tubal Cain among Trad Craft Witches that I’ve come across and books that I’ve read. So the daughter(s) of Cain / Tubal Cain are the pagan sorceresses and witches. So what does this all mean? Why am I going on about this? Context. So if we go back to the re-translation of Aradia it might be understood easier like this:

“You must not be like the pagan sorceresses,
And from the race that became
Wicked, infamous, caused by mistreatment,
Like Jews and Romani,
All thieves and bandits,
You Shall not become….”

Another interpretation of this could be that the invocation of Cain’s daughters, the Jewish people and the Romani all have one thing in common other than oppression: they’re all people whom were nomadic and were considered not to have a homeland of their own anymore, just as Cain was cursed to wander the Earth. The text on one hand could be saying that Aradia’s witches do not need to and shouldn’t give up their own land that they call home. Instead they should be firmly rooted and fight.

It’s also important to understand a few things. First, it’s never condemning these people, unlike the Leland translation. Instead, it seems to be portraying a realistic parallel that we see in our own society: that systematic racism, unfair vilification, and being shunned leads to desperate situations that in turn lead to crime for survival. Again, it’s in alignment with the abusive oppression, and mistreatment that those in power in the text have that Aradia and Diana are teaching witches to overthrow. But it’s also not clear if it’s saying that the daughters of Cain, the Jewish people and the Romani are “all thieves and bandits” or whether it’s listing them along with these people. What I mean is saying “the daughters of Cain, the Jewish people, The Romani, all thieves, and all bandits” as opposed to “the daughters of Cain, the Jewish people, and the Romani who are all thieves and bandits” as the Leland translation suggests. The poem form makes it unclear. It may be saying that they shouldn’t have to fall to crime to support themselves.

First, this is in a predominantly Catholic society of Italians. If you were Jewish or Romani, you stood out. You had clothing and culture that showed immediately that you weren’t part of the larger Italian Catholic population. Diana is charging Aradia with a covert mission of infiltration; to create undetectable witches among the people. Witches who are going to ruin the crops of the wealthy and poison the political powers to end corruption and balance the playing field of power. Not a task you exactly want to stand out as being accused of based on suspicion. Witches whom no one would ever know were witches by their outer appearances, clothing, or outer lifestyle – unlike Pagan Witches, or the Jewish and Romani people who were immediately viewed as different and with suspicion among the Catholic Italian population. In fact, the magick of Aradia’s witches would even look a whole lot like Catholicism on the surface. A theme that we’ve seen before in people who are oppressed who adapt by hiding their magick and their deities behind saints and Catholic looking practices. 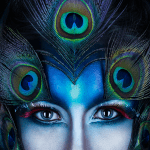 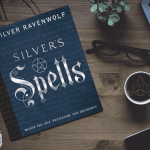