A lightworker is a modern term that sprung up in the New Age community. One of the best definitions for what a lightworker is comes from Witchcraft elder Christopher Penczak.

“Lightworkers are called to bring light to the darkness in terms of personal healing, and study a variety of healing techniques to aid themselves and others on the healing path.”
– Christopher Penczak
Ascension Magick: Ritual, Myth & Healing for the New Aeon

The term “lightworker” like “New Age” is a term that many people will sneer at and avoid. It’s the same as those who sneer at “fluffy bunny witches.” Part of this is that many witches have a New Age past in regards to their spiritual exploration and as such have pushed that into their shadow. Others simply feel uncomfortable with others having different spiritual views, again shadow issues. Some may hate that their practice is viewed alongside something more popular, again shadow. There’s also this idea of witches being in love with something that seems ancient and solely rooted in the past, despite that not having a ton of historical merit. The irony is that many witches who are totally averse to the idea of anything related to lightworking or the New Age tend to claim to be strong advocates of Shadow Work (working with the Shadow Self).

Again, Shadow Work isn’t focusing solely on dark and spooky things. In fact, it’s the opposite. Carl Jung who coined the concept of Shadow Work wrote about how the goal of Shadow Work was to acknowledge what we have disowned and rejected about ourselves. The whole goal of shadow work is to reintegrate that aspect of ourselves into the light of who we are. It isn’t to wallow in the shadows and focus only on dark things. Jung writes about the importance of bringing light into the shadow to heal ourselves and our psyche. By that definition and the one that Penczak provides for what a Lightworker is, they’re really one and the same.  The process of Shadow Work is literally Lightworking.

I totally understand an aversion to lightworkers and the new age. I also totally get the aversion towards focusing solely on being dark and grim and spooky. But a major part of that is because I define witchcraft as a crooked path.

“Witchcraft is often considered a crooked path that weaves serpentine-like between the right-hand and left-hand paths. I am not convinced that this path has a destination, but rather that the path itself is about the journey. I suspect that this serpentine path is actually ouroboric.”
– Mat Auryn
Deepen Your Practice & Deepen Your Magick

One of the hardest questions I’m ever asked in interviews is “What is a witch?”  That question trips me up, not because I don’t have any definition of what a witch is, but rather because I’m not sure there can ever be one fully universal historical definition of what it is. That’s because whether we want to acknowledge it or not, modern witchcraft is considered a New Age spirituality, particularly because it’s an Aquarian practice. By Aquarian, I mean that it’s a path of the individual, not a dogmatic religion, just like new agers and lightworkers.  And that’s where the beauty and the strength of witchcraft lies and what will keep it alive: individuality. We all have our own experiences, our own paths, and our own connection. There is nobody that is you in this world and that is your superpower.

The other way we could try to define a witch is to try to use a historical context. This makes it even more blurry to define. Historically, “witch” was an accusation, not something you identified with. We can try to trace the idea of being and calling oneself a witch in a historical context and we still find that it’s a fairly new age practice. A lot of our history information on what a witch is, stems from speculation on European cunning folk practices (which were often more Christian in nature with what we are hopeful are pagan rooted – without strong evidence of such) or just really bad history also based on revisionism, confirmation bias, and speculation, much of which has been disproven over the years. The idea of the European Cunningfolk actually has more in alignment with lightworkers focusing on healing and positive workings than that of the witch. If you want to learn more about the Cunningfolk from a historical context along with their practices, I highly recommend this book.

So let’s look at “witch” as an accusation for a moment. The concept of the witch in Europe before the inquisitions and such wasn’t even a human – or the idea of whether it was a human or not is extremely blurry. The witch was a supernatural creature and most often a spirit. The closest we can come to this idea is the old concept of a “faery” which seemed at times to blur into the boundary of what a witch was and sometimes used interchangeably, but it was often not a human being. This changed when it came to the various inquisitions and witch trials, where the witch was a human who had some sort of pact with the devil.

A lot of our understanding of “Traditional Craft” is based on information from witch trials and folklore. So this is where I think many people seem to overlook something very obvious in regards to “lightworkers”. If people practiced what we call lightworking today, they would without a doubt have been tried and executed for Witchcraft without any debate on it. That’s because lightworking and the new age is perhaps the closest path to that of the witch and one with the most overlapping of practices, whether we go about it through the same means or not or we use a different vocabulary. Whether witches or lightworkers want to admit it to themselves.

What I do truly believe about Witchcraft is that it is a crooked path, as I’ve stated before here and other places. We focus on the dark as much as the light. We embrace life as much as we embrace death. As such, I see witches as being on their own path and they may at that point in their path be more on the right-hand path or the left-hand path or more near the beginning or the end of their path. But it’s their path and as such, I can’t judge them or gate-keep whether they’re a witch or not. If we focused solely on what is different, my practice varies very much from other witches. Some witches work extensively with a certain pantheon, others focus on the faery folk, others on the ancestors, some on saints, some on demons, some on personal power, and some on all the above. Likewise, I see lightworkers in a very similar way. Perhaps they’re focusing on aliens, or angels, or ascended masters or all the above. But when you strip away the praxis and whom they’re allying with – it looks very, very much like witchcraft. Not to mention that both lightworkers and modern witches historically share a lot of the same roots.

There’s a saying that a “witch who can’t curse can’t heal.” But we must also recognize that the emphasis of this saying passed down to us isn’t on cursing, it’s on healing. If we aren’t actively trying to heal ourselves, each other, and our world, we are misusing our power. Like witchcraft, the new age is all about assimilating ingredients from different practices and creating a formula that works and has palpable results for the spiritual practitioner. Are lightworkers witches? Probably not. Can lightworkers be witches? Absolutely. But that’s something for them to decide and not myself.

If I were to define who witches are myself, there are many self-identified witches I wouldn’t consider witches and many new agers and lightworkers that I would consider witches. But I try hard to not define what a witch is based on my personal relationship with the witch power and like I said, it’s not up to me to decide. The idea that we’re now accusing others of not being witches instead of being witches is actually a highly untraditional attitude. The only human person who has the authority and power to accuse you of being a witch is yourself. Witch, You do you.

Witch, You Do You
Witchsplaining & How To Avoid It
Fluffy Bunny Witches
The Consequences of Continual Cursing 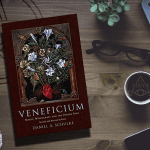 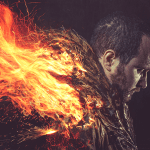 March 31, 2019 The Power Of Cursing Yourself
Recent Comments
0 | Leave a Comment
Browse Our Archives
Related posts from For Puck's Sake