My Bhutan Pilgrimage-ish, Part Tourism, Part Leaning into the Spirituality of a Himalayan Buddhist Country

When Marla and Charles from Two Truths invited me to come aboard as teaching staff for their trip to Bhutan I said no. I begged off being old and fat and not up for something seriously physically demanding. They persisted. I am glad they did.

That I was able to add in a few days centered in Bangkok to make pilgrimages to the site where Thomas Merton died and then to where John Blofeld‘s ashes were interred, was something I will never forget. Actually the list of things I will not forget from this trip is quite long. I’m amazed at our interconnectedness. I still have trouble wrapping my head around the fact that via the inter webs my friend Justin Whitaker was able to introduce me to his friend Will Yaryan, who introduced me to his friends Daru & Joe Shakarchi. They simply gave over three days to squiring me about, including my two pilgrimages, and a day visiting the great reclining Buddha as well as a visit to Bangkok’s amulet market. 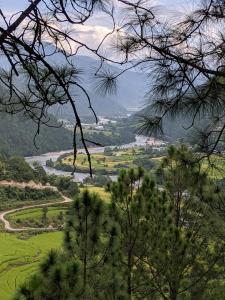 Daru & Joe’s kindness speak to the many small and larger encounters that touched me and enriched me and made me glad for this opportunity, so rare in our lives, for most of us, to see parts of the world outside our normal experience.

Then it was time for Bhutan. 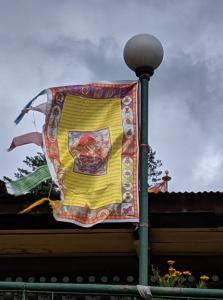 We gathered from our lives at the Orchid Resort Hotel, a modest boutique hotel between the airport and Bangkok proper. There were our leaders Charles Simmons & Marla Perry. By such standards we weren’t an especially large group. Two of us were from Australia, Hang Nguyen & Jeanette Tran. The rest of us were Americans, Jeff Carter. Sheldon Cohen, Dawn Duncan, Mike Gruber, Wendy Roberts, Nancy Doyle, & Penelope Wong. We took off for the airport. In a hair raising race across the airport Emily Turner joined us just in time. In addition, David Roadhouse & I rounded it out with various teaching responsibilities. 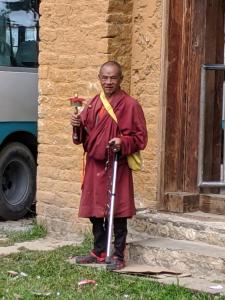 We touched wheels in Calcutta. As we were not given an opportunity to debark, I guess I cannot say I’ve been to India.

Then after witnessing the rise of the Himalayas, and having Mt Everest pointed out to us, we landed in Paro Airport in the Kingdom Of Bhutan. 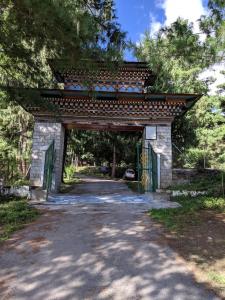 From there we were greeted by Kezang Nendag and his crew from Bhutan Wisdom Tours. Special shoutouts to Tashi who was our principal guide and to Pema for driving us and, well, keeping us alive on small and winding roads. From this moment we were pretty much completely in their capable hands. (As an aside if you are considering going to Bhutan, I cannot recommend them highly enough. Professional, caring, and with a focus on the spiritual & Buddhist aspects of a visit to the country.) 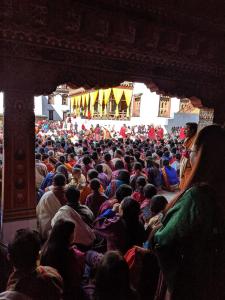 From there it begins to blur. We visited monasteries and convents. We saw temples. We met people and heard talks from dignitaries both secular and religious. We learned much of the history of the kingdom and its astonish rapid growth from an absolute monarchy at the beginning of the twentieth century, which then, due almost entirely to the kings themselves, transformed into a constitutional monarchy and functioning democracy with a vision for itself that has inspired the world. Not to let them off the hook for some very bad things. We can’t. But, also fully acknowledged and nuanced – for a tiny and very poor country sandwiched between two regional powers, both thinking super powers, and happy to stretch their muscles, the kingdom and its existence is something genuinely marvelous. 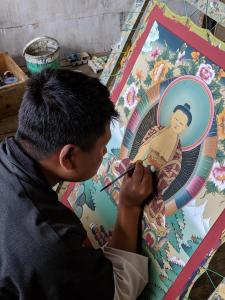 I blogged my adventures. My first day, our landing in Paro, and realizing this was not Kansas. A drive to the capital Thimphu with a stop along the way to visit a Nyngmapa convent. Another day exploring Thimphu and environs. Followed by a drive across the Dochula Pass and into Punakha.

There was a moment when I learned about some of the nuances of Bhutan’s spiritualities, and that they have a rough equivalent to Japan’s non-monastic spiritual leadership, if not in charge, certainly given a respected place.

There was that moment in Punakha, attending the sacred dances, when we were invited by the governor of the region to sit with the bigwigs, and were served salty butter tea.

Slow I began to get a feel for this tiny country that managed never to be colonized, neither by the Tibetans nor anyone else. Their pride in who they were, and their hopes for their future preserving their unique culture while fronting into modernity. 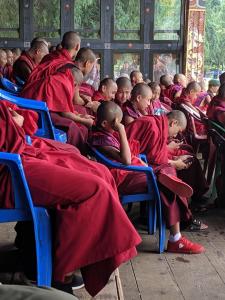 Then there was a brief non-blogging interlude as I entertained the joys of traveler’s diarrhea. And as I was recovering, fortunately a light touch, bending over wrong while trying to rummage in my bag, I experienced a nasty back spasm. All in all one day lost. With some caution for a while regarding my normal propensity for the spicer foods and for the whole rest of the trip pretty careful in walking up and down steps. This is not a country for folk in wheelchairs, or, even with significant mobility issues. All sidewalks are littered with hazards of one sort or another. 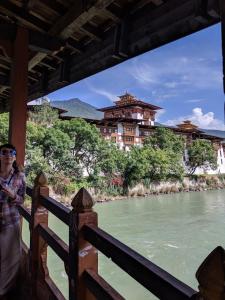 From the interlude, well for me, they all got on just fine, we resumed our adventures. Learned a lot about the amazing Dilgo Khyentse, whose influence touched a great deal of our time in the country.

Then a bit more digging in, including some exploring of Paro. Letting the experience sink in and to see how it was part straight ahead tourism, and part genuine spiritual pilgrimage, pilgrimage-ish, if you will. Then, without a doubt for me, the highest point of many high points, encountering the nun Namgyel Lhamo. 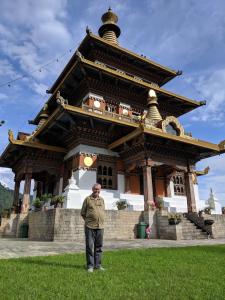 Finally it ended. We said goodbye to Jeff who was off to meet his spouse elsewhere in the kingdom, as well as to Charles & Marla who were off to India. At the Bangkok airport Dawn, Mike, and Nancy peeled off to catch planes. David took off to a separate hotel in town. The rest of us returned to the Orchid.

This morning Penelope (our unofficial leader – if a crowd as independent minded as this could have one) and Sheldon left. In about an hour Wendy and I will go to the airport. Leaving Huang & Jennifer to dawdle for another day before they take off. 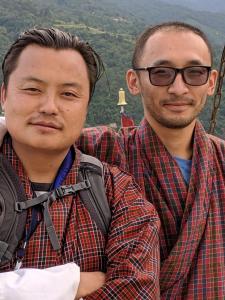 Our little band reminded me, at least in my more romantic moments of Herman Hesse’s little novel Journey to the East. At least if one doesn’t think too hard and try to find actual comparisons. A more congenial group I cannot imagine. I am so grateful they were my companions, and I theirs… 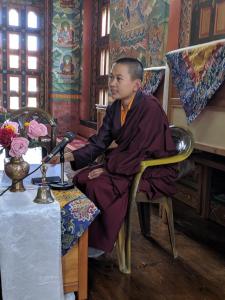 Well, as much as I admire the functionality of the bum gun, I’ll be glad not to have to use adaptors for charging my electronics, and, well, its true, there’s no place like home.

I’ll be processing all that I’ve experienced for a while yet. Especially my reflections as a more or less modernist Buddhist, and Zen person encountering an ancient and in many ways alien to me form of Buddhism, in an historically Buddhist country. Rich. Challenging.

And I expect I’ll be sharing at least some of that here.

But, in the moment, it’s time to lean into the long ride home.

October 14, 2019
Happy Birthday to Thich Nhat Hanh & the Smallest of Meditations on InterBeing and It's Near Enemies
Next Post

October 18, 2019 How Zen Came to Become Zen: Barbara O'Brien's "The Circle of the Way"
Recent Comments
0 | Leave a Comment
Browse Our Archives
Follow Us! 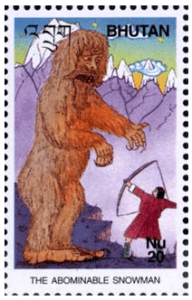 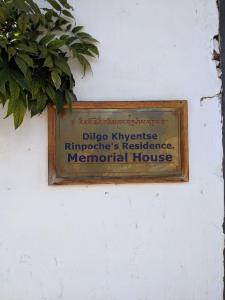 Buddhist
A caravan. A pilgrimage. And at the very...
Monkey Mind 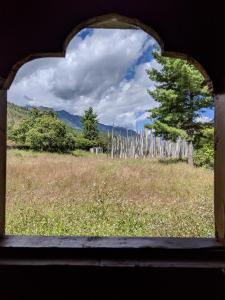 Buddhist
The Zen Priest in Bhutan: Glad for the...
Monkey Mind
TRENDING AT PATHEOS Buddhist