Confessions of a Beating Her Children Mom? 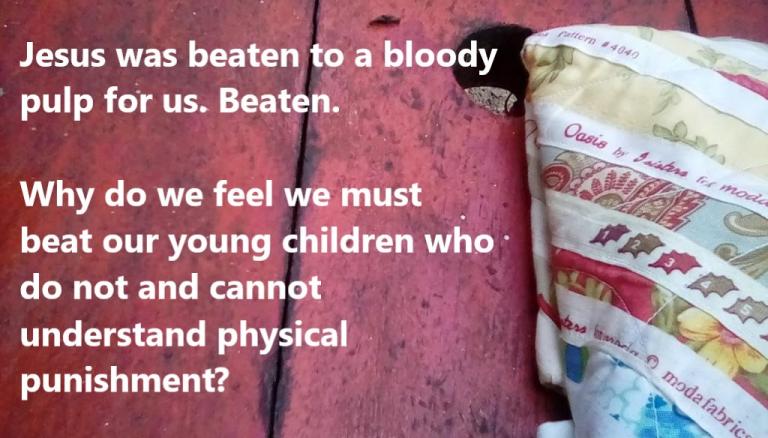 This is one of those possibly fake letters to Michael and Debi Pearl from their No Greater Joy magazine. In light of the recent post on sexual sadism and Quiverfull child discipline this is pretty disturbing how she’s bragging on perfect child behavior via hitting her children. Hitting her children. Confessions of a beating her children mom.

I hope this letter is a fake spun out of the air by the Pearls because the idea of hitting children to make them mind is just so awful and abusive on every level. Read on as this mother tries to justify it. 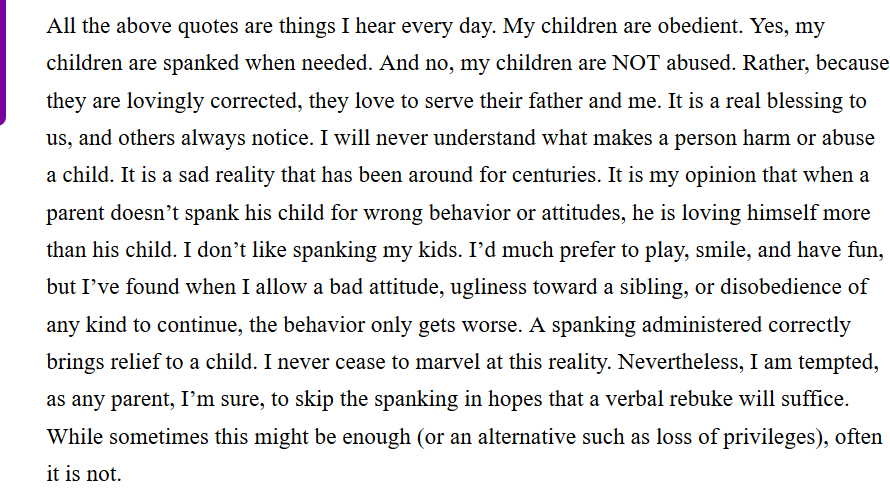 More and more information has come out in the last few years about the harm that spanking or beating your children does. Long term damage that follows them into their adult years and colors all of their relationships.

All 10 of the other findings showed that spanking was linked to negative outcomes to varying degrees. Children who were spanked had a poorer relationship with their parent and had lower levels of moral internalization, which means they were less able to determine that something was morally wrong for its own sake rather than knowing it was wrong because they’d get smacked otherwise. Spanking was also linked to poorer mental health, higher levels of aggression and antisocial behavior—both in childhood and later on in adulthood. Children were also more likely to become victims of physical abuse and had a higher risk of physically abusing their own child or their husband or wife if they had been spanked.

Wow, that’s quite the laundry list of bad outcomes from spanking. The most surprising yet not surprising at the same time is the ability to be less able to determine if something was morally wrong. It runs counter to everything claimed by the Pearls and other proponents of childhood physical discipline via spanking or beating. 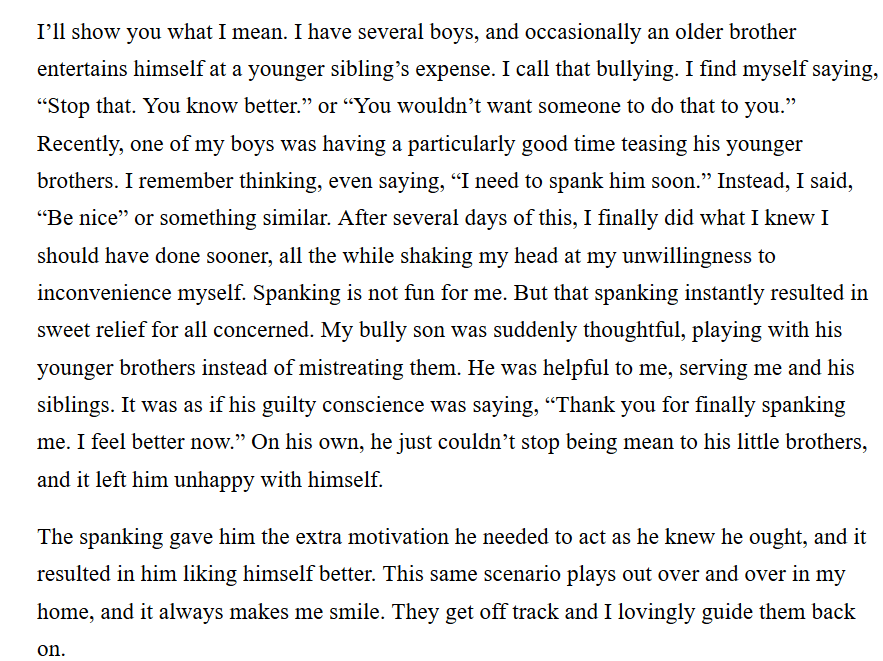 No, the only thing that the spanking taught your son is to fake it, act in a way completely contrary to how he actually did feel.  That his emotions, responses and actions were less important to you than his acquiescence. That he genuinely does not matter, only his outward appearance.

Did you even consider asking him why he was bullying his brother and dealing with it from there? Is it because you have 7 other children and negative attention is the only way he can get any attention at all? Perhaps he is frustrated about something else and does not know how to handle anger or frustration? Maybe the younger brother was purposely antagonizing him? So many possibilities that you will never know if you don’t simply stop and talk to the offender first. 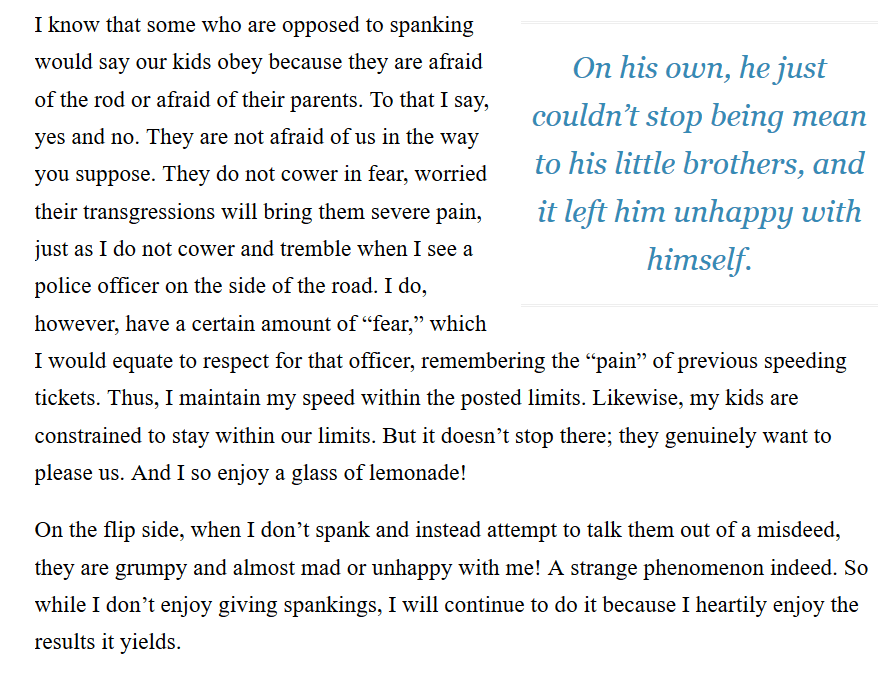 Please, yes of course they are afraid of you. Fear and avoidance of pain underline all of their obedience.  Even the most unintelligent animal will learn to obey once they make the connection between pain and certain behaviors. A intention to please you has nothing to do with the equation at all. Those results of yours come at a high price you are unwilling to admit.

Correction: I need to clarify something I said the other day on the other piece about spanking. I said that M. Dolon Hickmon first mentioned the spanking group and then shared the video. It’s the other way around. Hickmon found the video, shared it first.

September 29, 2019
Evil Women Demanding Not to be Harassed?
Next Post