Create a Better Brain Through Neuroplasticity: Chapter 2 Part 3 Lies About Ultrasounds and Roughhousing? 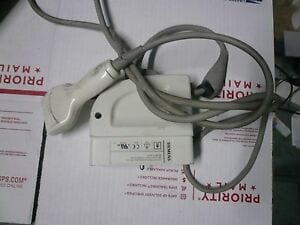 We are continuing on with our review of Debi Pearl’s book “Create a Better Brain Through Neuroplasticity” and we’re trying futilely to finally get through the mega-chapter on children. Part 1, Part 2 and Part 3 are here. Today’s chapter is very standard boilerplate, ideas that just about everyone has about babies that no one can disagree with. Until we get to ultrasounds, then it’s right back to junk science. Bear with me, I’m trying to push through the remainder of this long chapter.

First the stuff no one has a problem believing that is true. I’m not going into the crazy detail Debi does because it’s pretty evident that these are all positive things.

Then Debi  tries to show what happens when you don’t touch your child by bringing up the Romanian orphanages in the 1980s and 1990s. True. Here’s what’s not true that Debi is trying to spin. She claims it was a scientific experiment that caused the caretakers in the orphanages to withhold touching and cuddling the infants.

That is not why these kids are now having profound problems in life. The lack of touching was from the neglect. It was not an ‘experiment’ run by the Communist government of Romania. It was because of the sheer overwhelming number of children abandoned to the orphanages by desperate parents because they could not feed those kids.Why so many unwanted kids? Because the fact is that both birth control and abortion were outlawed in Romania.  When you have an extremely  low caregiver to child ratio substandard care happens, and that was the situation in Romania.  It was even worse in places like Zambia where the child to caregiver ratio approached 70 children per caregiver. This is the human costs of bad government policy.

Even as late as 2006 when Romania was free they were struggling with what to do with the orphans in the country. Still a desperately poor place ill equipped for freedom at that time. One of the most awful and heartbreaking books I’ve read  on the orphans was written by an orphans from Romania – “God’s Buried Children” by Daniel Farcas

Then Debi goes off on a screed against screens of any kind.

“A baby’s brain does not interpret the flashing screens of digital media.”

Who are all these people propping their babies up in front of computer screens, tablets and television? I do not see this happening at that age. Most folks don’t expose their children to screens before toddler-hood when you are so desperate to poop in private that you might allow the child to watch “Frozen” for the millionth time while you get a moment of alone time.

Debi tries to claim this non-existent problem ruins kids vision for all time and eternity. I thought it was self love that made you go blind?

Then we come to “Massage Therapy” and there is literally just one quick throw away line about massage that has zero to do with brain development.

Debi moves on to hearing, or should I say fear mongering over you messing up your child’s hearing, you selfish woman, by getting… are you ready for it…. ULTRASOUNDS!  gasp! horror!! Debi goes on to claim that having ultrasounds causes brain damage and hearing loss. Too bad this has already been soundly debunked years ago by real scientists. While it’s never a good idea to have excessive testing for anything the usual ultrasounds one gets in pregnancy will not harm your baby.

Debi talks about children’s sleep, or lack thereof, and gives very standard advice about sleep routines, and why they need sleep. Then tells you if your baby wakes up crying that you are doing something wrong. The she repeats her simple misunderstanding of oxytocin.

Laughter is good for your brain, says Debi, without explaining this is not cruel laughter at the expense of others, just like you know she and Michael do. A few throw away paragraphs.

But now we get to a truly weird part called “Rough and Tumble” and Debi spends another pile of pages talking about the importance of Daddy roughhousing with his kids for bonding purposes.  Perhaps. But… we have all seen the inherent casual cruelty practiced by Mike. Likely how Michael does it is not very good for the development of any child’s brain.

There is some scientific evidence this is true, but that this type of play needs to be between children and must be managed. Makes me think of the fact that when my cat wants to play, and he plays rough, he always comes to me, let’s me know by gently biting my hand and we play together. So clearly rough play does have it’s place, but not with Michael Pearl ever. It’s too easy to imagine it spinning out to abuse.

Debi loves her one medical test – the SPECT scan. Again, Debi explains it in too simple terms, failing to touch upon the fact that the test uses radioactive dyes and an MRI like machinery. Do you know this is not a test run routinely on children? It’s rare to give a kid this scan. It is almost always exclusively used for brain issues like stroke, looking for bone fractures and heart related things, rarely for other conditions.

Just this one weird little paragraph tucked in between two long bits about roughhousing. Debi hopes around from thing to thing in this book like a hyper-active toad with ADD.

Yet Debi prefers SPECT scans to ultrasounds? Let’s see, ultrasounds where harmless sound waves pass through your body versus having an injection of a radioactive substance while being scanned by a giant magnetized thing. Which sounds safer to you?

Back to roughhousing. Debi claims that people who roughhouse as children are confident, self-assured adults.

“To remain overly sensitive is a selfish choice!”

And we’re done. Debi sounds like she’s busy just rationalizing the heck out of Michael’s bad behaviors and mixed in enough truth to keep it from being totally toxic. Next week – lies about music. Oh joy!!

November 15, 2019
Marriages Are Not Rock Houses or Wood Houses!
Next Post