Seducing Your Rapist and Other Awful Commenters? 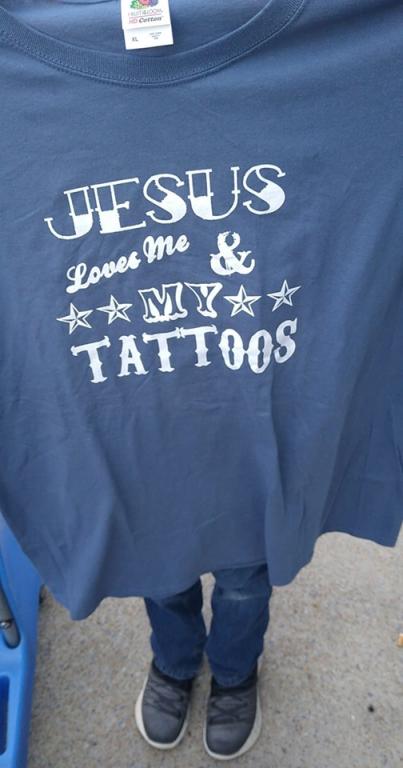 Sunday has rapidly turned into the day I put stuff here that does not fit well with anything else here. Bear with me, something has been in my head for weeks now that came to a head in the last few days. For the last few weeks I’ve been wondering something. What responsibility do people who run ministry pages, or religious oriented pages have to keep the more toxic commentary, and those that say they would break the law off their comments?

We’ve seen guys show up at Larry Solomon’s Biblical Gender Roles and advocate for forced birth, spousal rape and a full laundry list of criminal activity. Trey Magnussen, one of BGR and Lori Alexander’s regular commenters has issued doxxing and death threats in some of his comments online, in both places.

Today I am focusing on Lori Alexander’s commenters on her Facebook, super secret chat room and various social media. Lori seems to embrace the positively worst elements. Here’s something that’s been floating around her social media that she liked: 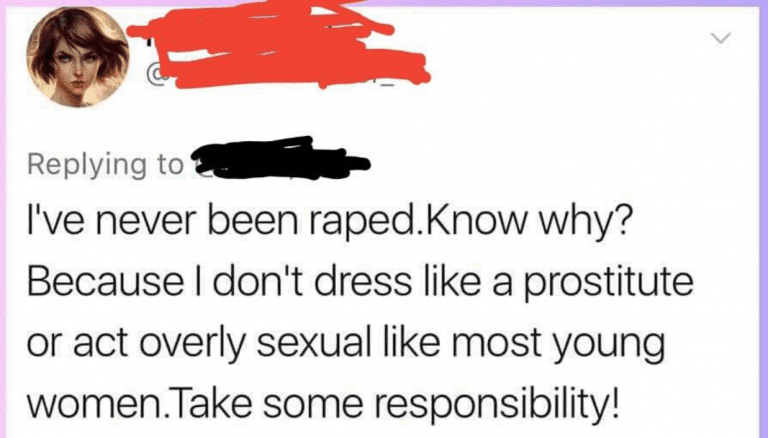 Lori liked this. LIKED it!

So anonymous lady please explain to me how a little kid wearing what little kids wear is seductive? Was it the knee socks or the hair barrettes that seduced the man? Or the many elderly women who are victims of sexual violence? This is just sick victim blaming.

I don’t care if you are traipsing down the road naked doing a bump and grind with a “Come and Get It, Boys!” tattoo on your forehead you still have the right to say no to sexual activity with anyone. Consent is sexy. Assumption of someone’s morality based upon their clothing choices is victim blaming at its worst.

There was also an attempt to troll Lori Alexander this weekend with people posting this photo on Lori’s wall and her liking and sharing it for a short while:

There’s just one problem. It’s not a photo of someone’s ‘sister.’ It’s adult film star Riley Reid dressed up like a child for one of her films.

Which is why I do things like remove the rape threat against Lori in our comments here at NLQ because that type of talk has no place in a polite society no matter how much you might dislike the other person. When Lori, Larry and others allow this type of commentary routinely they allow for a decline in standards of society. It’s actually incredibly harmful on many levels.

And now for something completely different I wondered about sharing here. What happens when free speech cuts the other way?

At a Facebook list I admin we recently had a photographer by the name of “Meg Bitton” show up. She stated again and again that Lori Alexander was actively stalking her, and had been for some time. She claimed that Lori was making her life miserable. That her lawyer and publicist had never seen anything like it.

People were sympathetic at first, asking what Lori had done. Meg didn’t tell anyone any details. A little Googling brought up the fact that Meg had run ins with a photographer named “Jack Alexander”, who seems to have zero connections to Lori. It looked like she mistakenly thought Lori was somehow connected to Jack.

But we could not determine that because Meg had disappeared, and stopped answering any questions.

One thing that is completely predictable about Lori is if she is upset about something it will eventually come out in her chatroom and writings. There was not one word about Meg during the years she’s claimed Lori harassed her.

Eventually I got around to looking at Meg Bitton’s photography work and it’s frightening. If Lori objected I would have to agree with her. Bitton is a child photograph who is quite controversial for good reason. She takes photographs of children in sexually provocative poses, scanty clothing, doing things no child should ever do, like smoke a cigarette. All the while claiming this is her ‘artistic vision,’ not the borderline pedophiles delight it strikes most people as. Pedophile groups share and trade her photographs!

Sexualizing children should never get an artistic statement, it should be a crime!

No evidence that Lori has anything to do with Meg, but a pile of screen caps showing Meg accusing Lori of stalking. The whole situation is just so bizarre.