Is There a Looming Sex Scandal at Faithful Word Baptist Church?

Some very curious things being posted at Free Jinger right now involving Steven Anderson, self proclaimed pope of the New Independent Fundamentalist Baptist church and pastor of Faithful Word Baptist Church of Tempe, Arizona. I cannot link directly to the content because Free Jinger has this in their members only section. But some kind soul has sent me screen caps of what is being alleged.

Someone openly calling out Anderson on the sexual abuse by his sons and others in the church is a man by the name of Shawn Barnish. He was a huge Anderson supporter for years with his own website. Ignore the gun loving fear mongering and the COVID 19 nonsense. He has videos and statuses alleging that Steven Anderson has covered up a sexual abuse scandal in his own home. It is alleged that the older Anderson boys have been grooming young girls online for quite some time now. Steven kicked out at least a dozen families or these girls when they protested over it.

The Anderson boys have a reputation for arrogance and bullying and this is where that has apparently led. 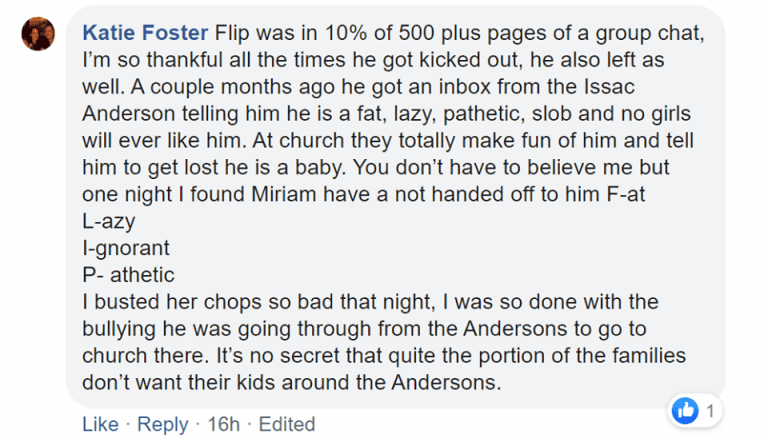 How nice. But what do you expect, hatred learned at mother’s teat and father’s knee. 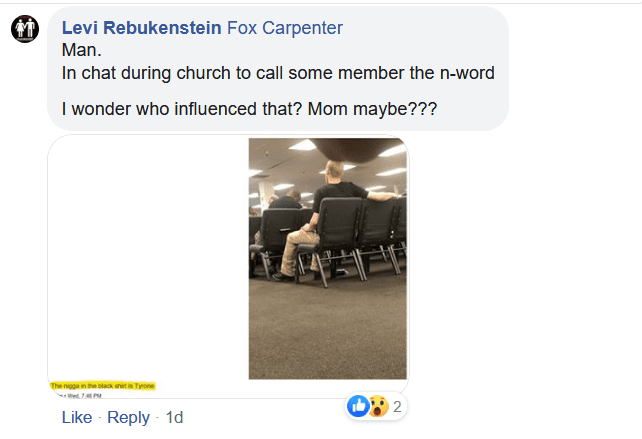 More screen caps from this mess.

This is a huge confusing mess. As best I can sort out is that there was a long group chat involving the teens of the church. Over 500 pages. No idea yet which social media platform was used.  The Anderson brothers, but especially Isaac, used the platform to talk about sex, groom the girls of the church for sex, said all sorts of inappropriate things from discussing paying hookers for sex with church funds after praying for them and all sorts of stuff like joking about rape.

Solomon Anderson was involved too. Being that he is over the legal age he could face criminal charges by the local police. I cannot tell how involved he was. Someone at CPS in Tempe needs to take a look at the talk of violent sex, choking and other threats.

Anderson chose to handle it in house by, you guessed it, banning from the church the dozen or so families of the girls affected. The victims and the victims families were punished, banned from the church and demonized as the problem by Anderson and his true believers.

Shawn Barnish has a Facebook video up on his Facebook page of Steven Anderson yelling at the family of one of the victims to clear out. 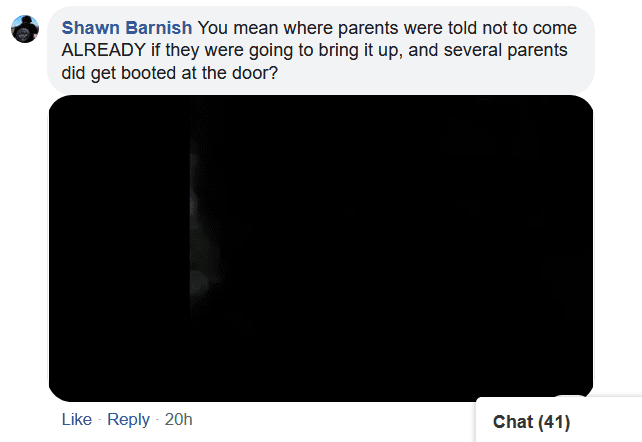 This is developing and ongoing. Below you will find screen caps sent to me that I’ve seen up on Barnish’s Facebook page and other places. 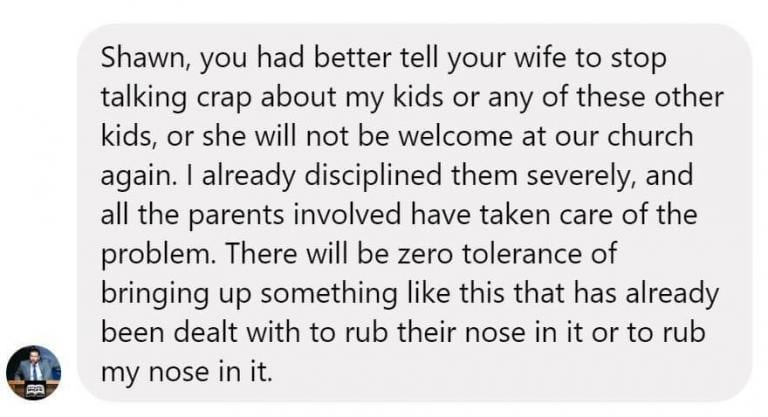 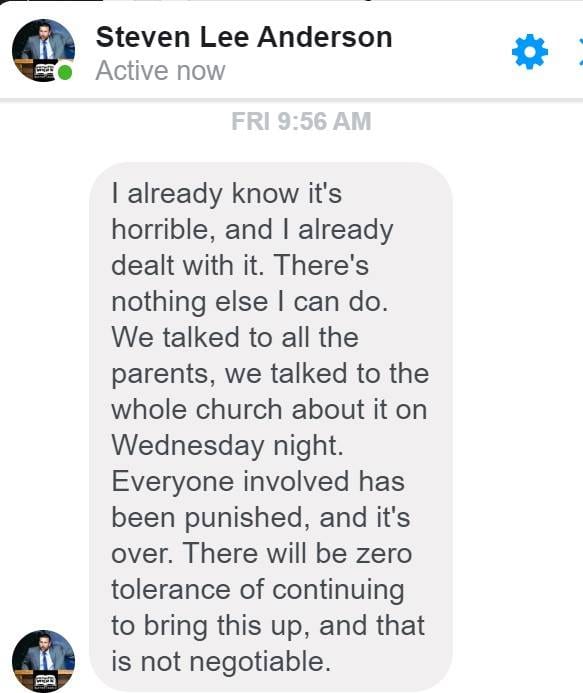 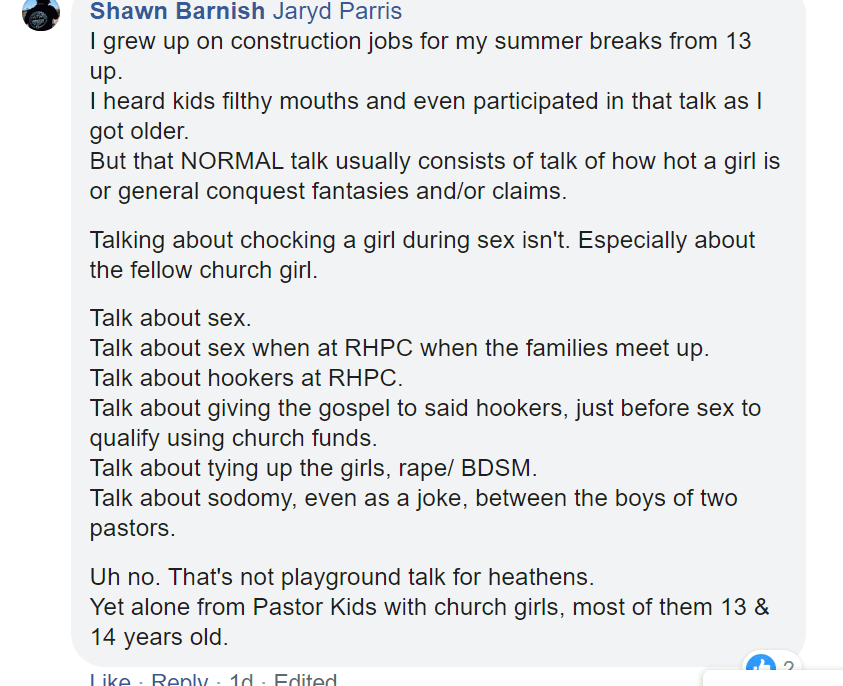 This is what Shawn sent to Anderson: 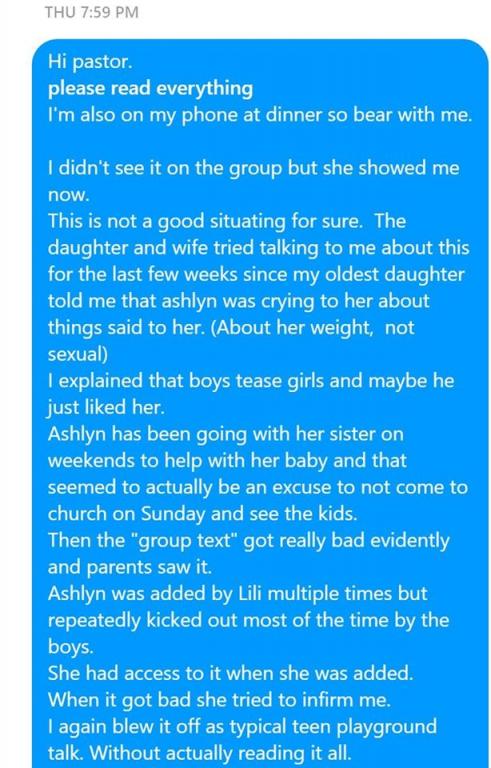 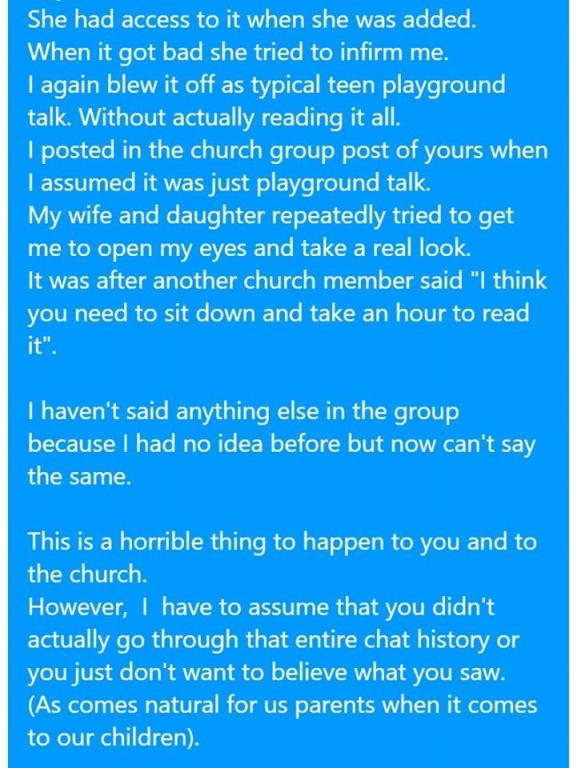 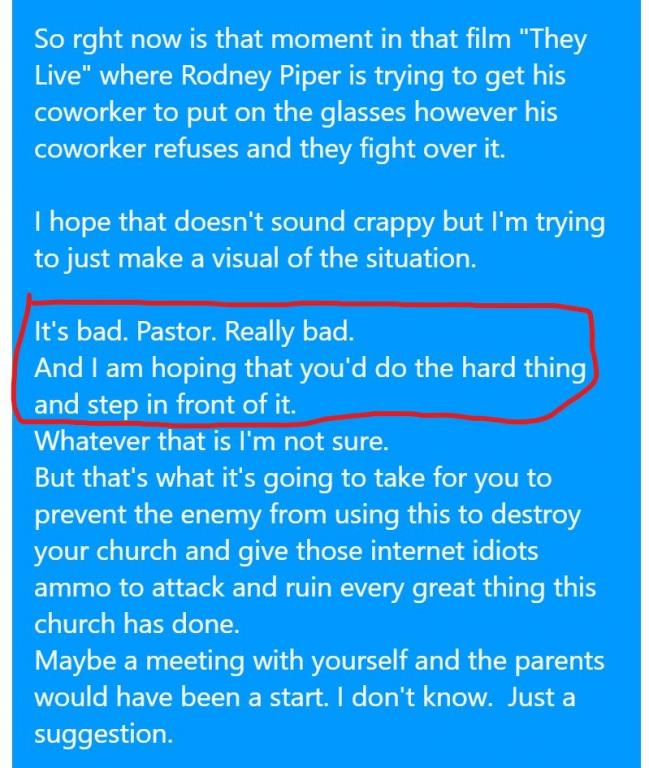 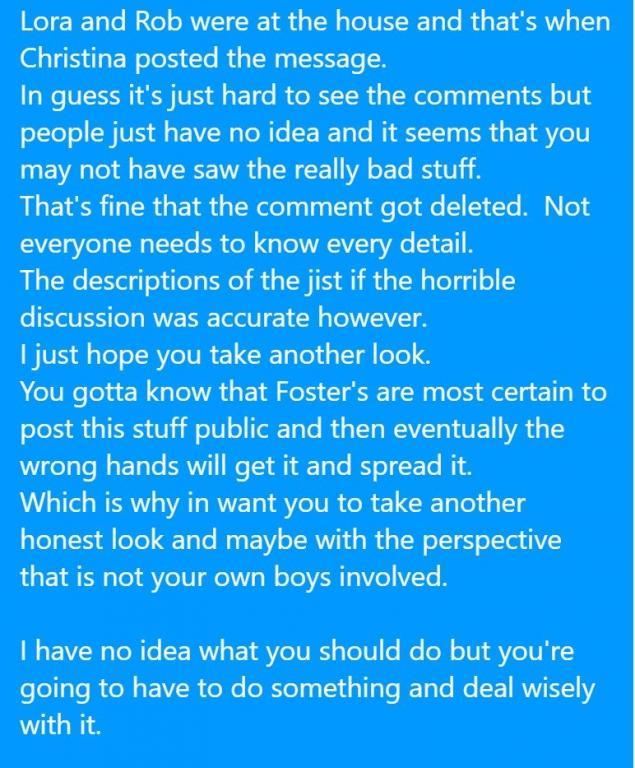 Now a few from Isaac: 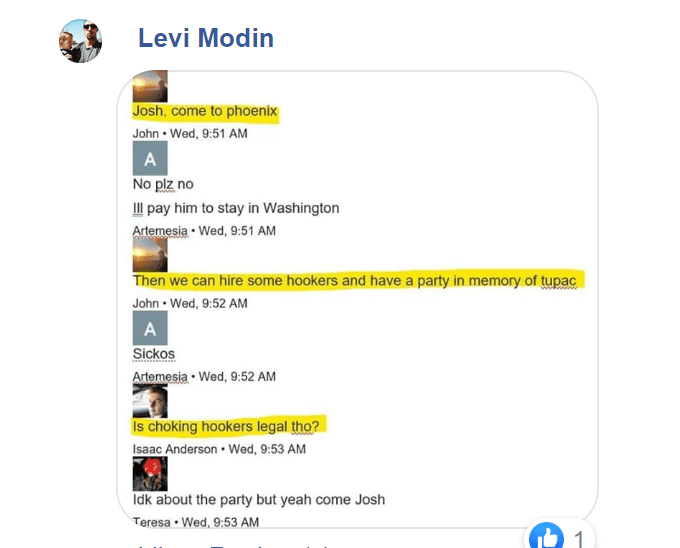 From Free Jinger with more information

Here’s one of the mothers trying to have a con 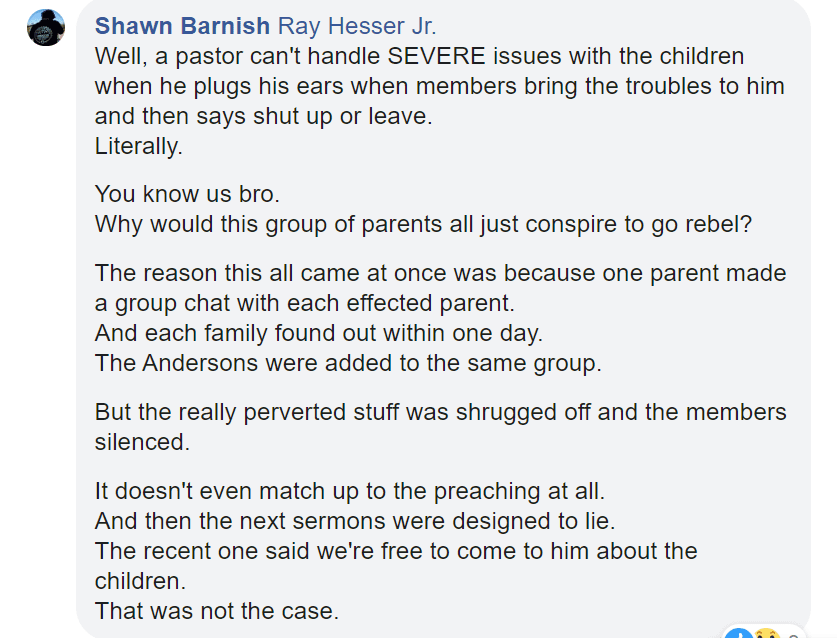 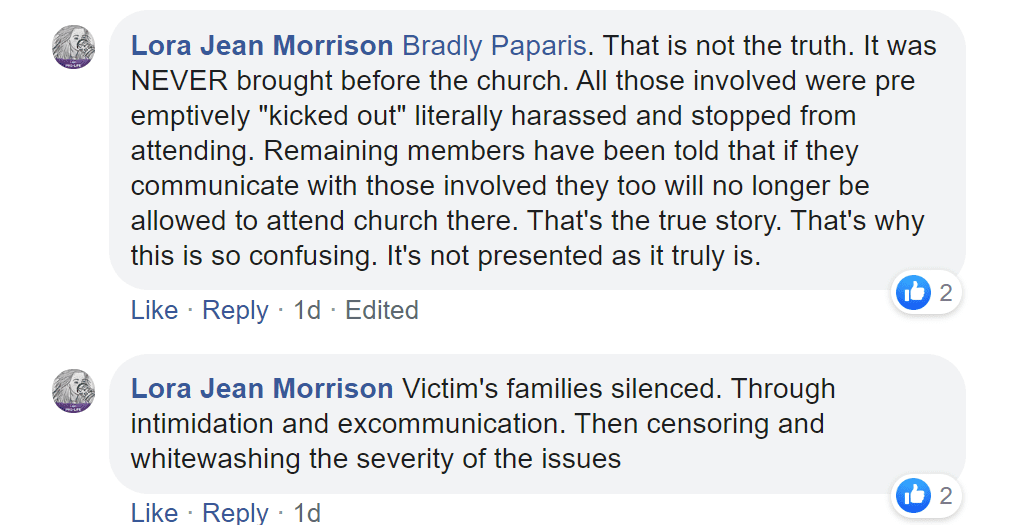 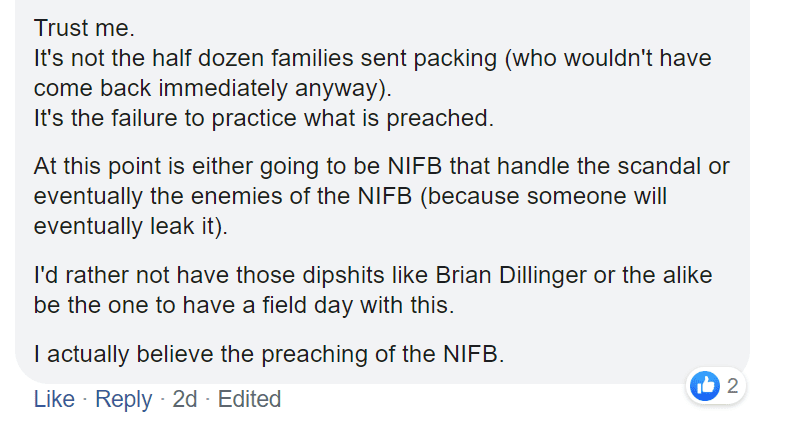 Audio of Shawn on what happened.

6 pm est I will be on my YouTube channel live talking about these shocking allegations. If you come here as an Anderson defender try not to violate our commentary rules. More as this crazy situation develops. It’s always crazy things that takes down the most fundamentalist of churches. 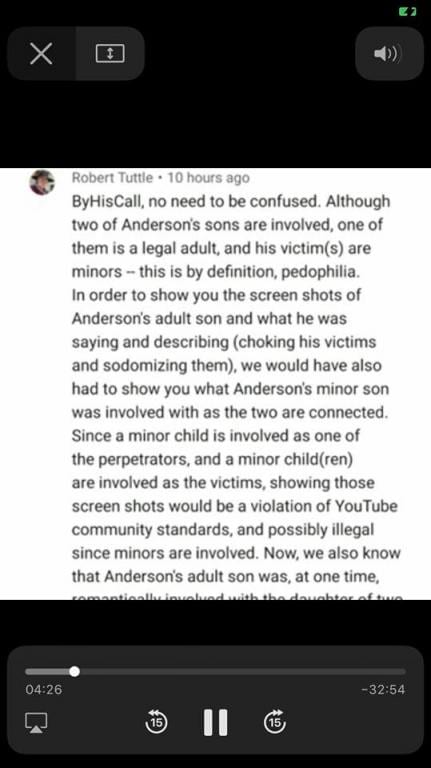 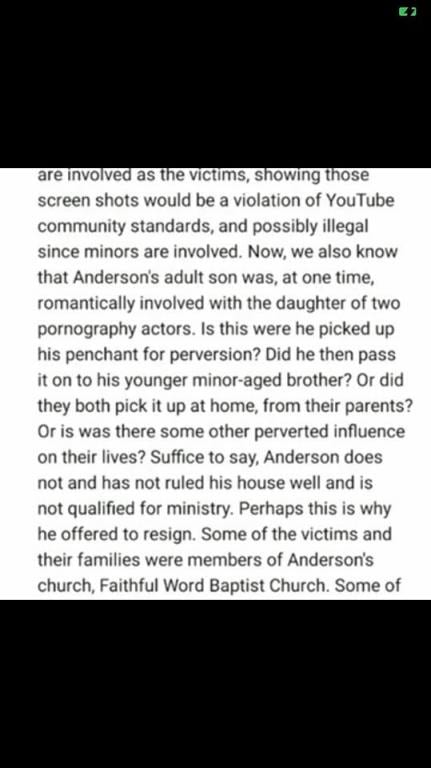 Edited to add this video on the updates:

Edit #2 and there is still more:

About Suzanne Titkemeyer
Suzanne Titkemeyer went from a childhood in Louisiana to a life lived in the shadow of Washington D.C. For many years she worked in the field of social work, from national licensure to working hands on in a children's residential treatment center. Suzanne has been involved with helping the plights of women and children' in religious bondage. She is a ordained Stephen's Minister with many years of counseling experience. Now she's retired to be a full time beach bum in Tamarindo, Costa Rica with the monkeys and iguanas. She is also a thalassophile. She also left behind years in a Quiverfull church and loves to chronicle the worst abuses of that particular theology. She has been happily married to her best friend for the last 34 years. You can read more about the author here.
Previous Post

July 2, 2020
The Most Abusive Idea in Complementarian Marriage
Next Post