The Passing of Ruth Bader Ginsburg and the Lack of Reaction

The Passing of Ruth Bader Ginsburg and the Lack of Reaction September 19, 2020 Suzanne Titkemeyer

Last night we heard the sad news that Supreme Court Justice Ruth Bader Ginsburg lost her long fight with cancer and died. All over my social media people expressed dismay, sadness and hopelessness. Her death means that it’s possible President Trump will attempt to shoe horn in a truly awful conservative choice. Not a Justice Roberts or Kennedy, but someone unqualified and clearly insane, that will impact our nation’s laws for many years. Most everyone on my social media feed is frightened this will happen and soon. One of my friends said, and I quote  ‘This is going to bring out the a**holery on both sides’

There’s so much more I could say about this woman but the media has done a better job than I could celebrating her life. 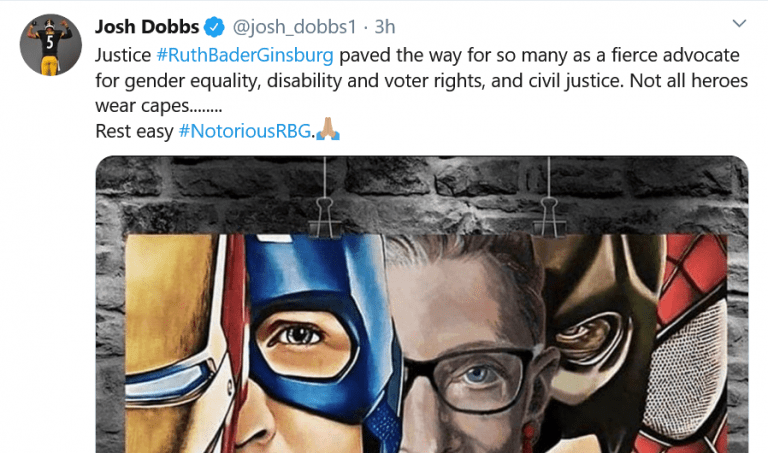 Last night quick on the draw Lori Alexander immediately responded in a very nasty way for someone that just announced their own serious medical situation. I’m not copying or repeating it here because it was disgraceful and disgusting.

But I was surprised by people I already had very low expectations of. Donald Trump Jr. wasn’t the only one that said gracious things instead of screeching about abortion.

I went to take a look to see what the usual suspects of Evangelical Quiverfull Christianity were saying and found none of them had actually reacted yet, just Lori Alexander. John Piper is babbling out scriptures, like a ticker tape machine or teletype getting strange transmissions. Tim Bayly is saying stupid things about suicide:

John MacArthur still carrying on about how the State of California will have to pry Grace Community Church out of his cold Covid dead hands.  Doug Wilson is nonsensically fighting people over the serious issue if Shem,Ham, and Japheth were triplets and insulting various womens appearances. Nancy Campbell carrying on about family time and gathering as a family to pray Donald Trump gets his second term. In other words for every single Quiverfull cultural enforcer I looked at it was like nothing of any consequence had occurred anywhere. I would have expected at the very least ranting that Roe V Wade could be overturned now. De nada.

This illustrates a very curious disconnect between the news of this world and the world of Quiverfull. A sad situation, but not half as sad as Ginsburgs passing. 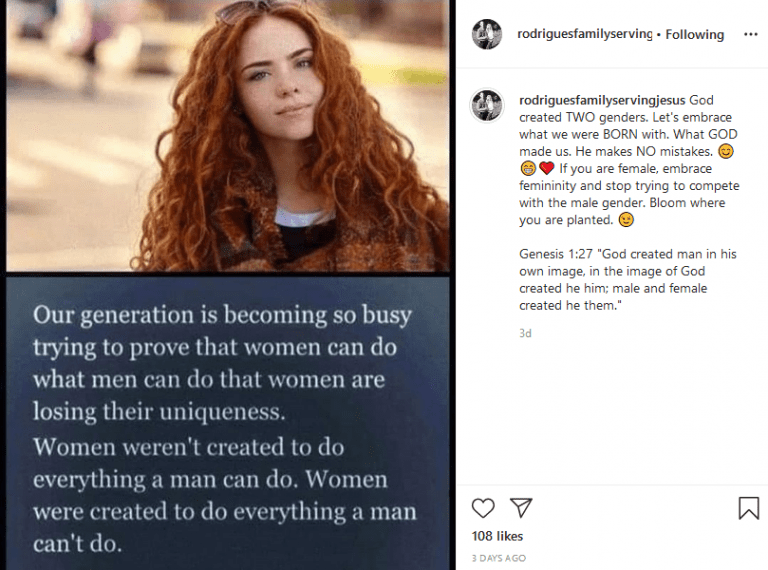 The only reaction I could find was Jill Duggar Dillard who had this to say:

September 18, 2020
19 Kids and Behaving Badly? The Duggar Family
Next Post