It is so urgent that Christians Against Christian Nationalism (CACN) has issued a Statement (well worth reading), which I’ve signed.

At bottom, this is an existential crisis, at least for some segments of American society. Such resentment could become violent at worst. At least, it could dismantle the rational principles of democracy and squeeze out any compassion that a government might otherwise share.

My white ‘n” woke progressive colleagues and friends confuse me.

One religious studies scholar and purported expert, Julie Ingersoll, redefines American evangelicalism to mean white Christian nationalism. Poof! Suddenly and magically we’re talking about a group so large that she can stoke our fears toward an overwhelming army of crazies at the gate: “The Threat of Christian Nationalism.”

Now, if we get fully riled up by anti-Christian nationalism rhetoric, we will rally our defenses against our former friends who are strict Calvinists, home-schooled as children, believers in scientific creationism, and such. “They teach theocracy,” announces Ingersoll in a rant against charismatic Christianity and the prosperity gospel. [Ingersoll is an expert on Christian Reconstructionism (Ingersoll, 2015)] [1][2][3]

What we’re seeing here, I think, is how the term, White American Christian Nationalism, becomes a mask to disguise progressive’s antipathy toward evangelicalism. If Christian nationalism did not exist, progressives might invent it for their own purposes.[4][5][6] Here’s Patheos progressive Matthew Distefano playing the Hitler card in “The Church Has Become a Monster.”

“This is why the church no longer has credibility. None. They’ve made their bed, probably with red MAGA sheets and a Trump flag blanket, and now they have to sleep in it. History won’t be too kind to these people, just like history wasn’t too kind to the German Christians who aligned with Hitler. And while I’m not saying that Trump is Hitler, I am saying that the same type of Christian Nationalistic spirit led to both. Both are toxic. Both are monstrous. And both are antithetical to the teachings of Jesus.”

If we ask evangelicals themselves. what do we learn? Here is an example. Os Guiness, a popular spokesperson in evangelical circles, is cited in another Patheos post: “For Christian reasons I have always appreciated George Orwell’s useful distinction between patriotism (positive) and nationalism (negative). Christian nationalism is therefore a form of idolatry and anathema for Christians.” Did he say, “idolatry”? Why didnt’ this evangelical endorse Christian nationalism?[6] Can you see why my progressive friends confuse me?

So, let’s set aside garden variety progressive antipathy toward evangelical Christianity for the moment. Let’s try to get at the phenomenon to which Christian nationalism might accurately apply. Is it a thing? Is it a church? Is it a doctrine? Is it an ideology? Let’s try to shine a little light on what is happening in our global social order.

With Russia’s invasions of Ukraine in 2014 and again in 2022, the world’s eyes have been drawn toward an unpredicted partnership in Moscow. It’s the bond between Vladimir Putin, President of Russia since 2012, and Kirill, born as Vladimir Mikhailovich Gundyayev, Patriarch of Moscow and All Rus’ since 2009. For the last decade, this Mutt ‘n’ Jeff team has been developing a “Mother Russia” type of ideology. It’s called, Ruskii Mir or Russian World. “Come home, all ye Russian speakers. Come home!”

Russia’s invasion of Ukraine has both political and religious aims. Politically, Mother Russia wants Ukraine to return to the autochthonous womb. Religiously, Patriarch Kirill wants to subordinate the now autocephalous Orthodox Church of Ukraine to the Moscow patriarchate.

A DECLARATION ON THE “RUSSIAN WORLD” (RUSSKII MIR) TEACHING

“Putin and Patriarch Kirill have used Russian world ideology as a principal justification for the invasion. The teaching states that there is a transnational Russian sphere or civilization, called Holy Russia or Holy Rus’, which includes Russia, Ukraine and Belarus (and sometimes Moldova and Kazakhstan), as well as ethnic Russians and Russian-speaking people throughout the world. It holds that this “Russian world” has a common political centre (Moscow), a common spiritual centre (Kyiv as the “mother of all Rus’’), a common language (Russian), a common church (the Russian Orthodox Church, Moscow Patriarchate), and a common patriarch (the Patriarch of Moscow), who works in ‘symphony’ with a common president/national leader (Putin) to govern this Russian world, as well as upholding a common distinctive spirituality, morality, and culture.”

Now, Ruskii Mir is thought to be heresy by Orthodox Christians elsewhere in the world.

“Therefore, we reject the ‘Russian world’ heresy and the shameful actions of the Government of Russia in unleashing war against Ukraine which flows from this vile and indefensible teaching with the connivance of the Russian Orthodox Church, as profoundly un-Orthodox, un-Christian and against humanity, which is called to be “justified… illumined… and washed in the Name of our Lord Jesus Christ…”

Even though Ruskii Mir sounds like gobbledegook, it has inspired and justified the wanton destruction of Ukraine’s infrastructure, the fleeing of refugees numbered in the millions, the deaths of civilians numbered in the thousands, the torturing and murdering of countless individuals and families. Like spraying Raid on an ant colony, Christian nationalism in Russia has proven to be a poison that leaves corpses strewn across the landscape.

In two of my Patheos posts–Moscow: The Worst Public Theology and Moscow Again: The Worst Public Theology–I employed discourse clarification to analyze Ruskii Mir. I felt confident that His Holiness Patriarch Kirill could be faulted for scapegoating the people of Ukraine and for stealing the symbol of the cross for political purposes. Regarding the latter, Kirill stole the redemptive power of Jesus’ cross and fenced it to the Russian soldiers, whose sacrificial blood redeems Mother Russia. What terms should we employ here? Heresy? Blasphemy?

After Russian Christian Nationalism, What’s Next?

“Blessed are the peacemakers, for they will be called children of God,” Jesus tells us in the Sermon on the Mount (Matthew 5:9). Living the life of beatitude does not seem to be the first thing on Patriarch Kirill’s mind. I simply cannot fathom how in good conscience the patriarch can wash the blood shed by Ukrainian people off the hands of Russian soldiers by turning them into little Christs!

Karl Rahner warns us to treat ideology gingerly. “The life of a Christian is characterized by a pessimistic realism and by the renunciation of any kind of ideology in the name of Christianity” (Rahner 1978, 403).

Here’s what we’ve done so far and what to expect.

Resentment vs Compassion. Part 1: From Resentment to Ressentiment

Resentment vs Compassion Part 2: From Ressentiment to Reparations

What’s next? In Resentment vs Compassion Part 4, we will turn to Christian nationalism on the American scene. It will look very different from what we have witnessed in Russia. Get ready to click.

Ted Peters pursues Public Theology at the intersection of science, religion, ethics, and public policy. Peters is an emeritus professor at the Graduate Theological Union, where he co-edits the journal, Theology and Science, on behalf of the Center for Theology and the Natural Sciences, in Berkeley, California, USA. His book, God in Cosmic History, traces the rise of the Axial religions 2500 years ago. He previously authored Playing God? Genetic Determinism and Human Freedom? (Routledge, 2nd ed., 2002) as well as Science, Theology, and Ethics (Ashgate 2003). He is editor of AI and IA: Utopia or Extinction? (ATF 2019). Along with Arvin Gouw and Brian Patrick Green, he co-edited the new book, Religious Transhumanism and Its Critics hot off the press (Roman and Littlefield/Lexington, 2022). Soon he will publish The Voice of Christian Public Theology (ATF 2022). See his website: TedsTimelyTake.com. His fictional spy thriller, Cyrus Twelve, follows the twists and turns of a transhumanist plot.

About Ted Peters
Ted Peters pursues Public Theology at the intersection of science, religion, ethics, and public policy. Peters is an emeritus professor at the Graduate Theological Union, where he co-edits the journal, Theology and Science, on behalf of the Center for Theology and the Natural Sciences, in Berkeley, California, USA. His book, God in Cosmic History, traces the rise of the Axial religions 2500 years ago. He previously authored Playing God? Genetic Determinism and Human Freedom? (Routledge, 2nd ed., 2002) as well as Science, Theology, and Ethics (Ashgate 2003). He is editor of AI and IA: Utopia or Extinction? (ATF 2019). Along with Arvin Gouw and Brian Patrick Green, he co-edited the new book, Religious Transhumanism and Its Critics hot off the press (Roman and Littlefield/Lexington, 2022). Soon he will publish The Voice of Christian Public Theology (ATF 2022). See his website: TedsTimelyTake.com. His fictional spy thriller, Cyrus Twelve, follows the twists and turns of a transhumanist plot. You can read more about the author here.
Previous Post 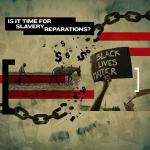 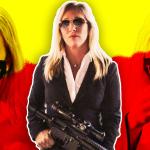 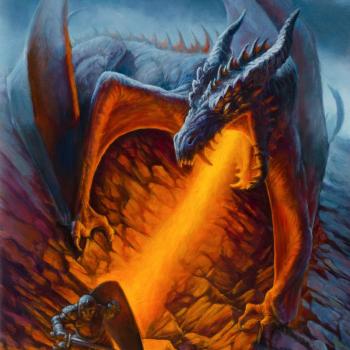 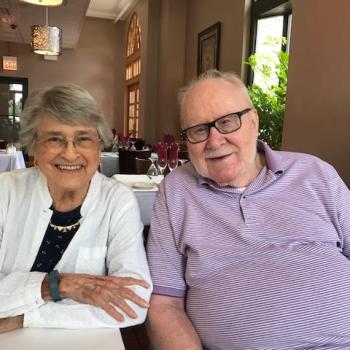 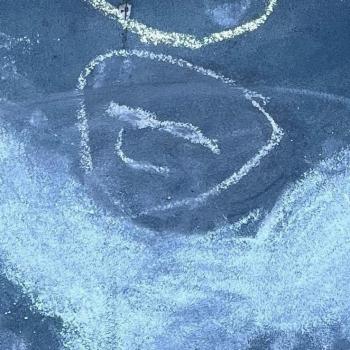 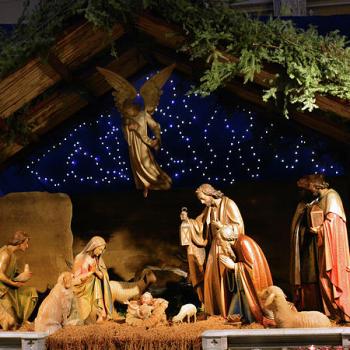 Teleport Tourism #2: Oro Verde
~ How do our product choices help or harm people? ~ You...
view all Progressive Christian blogs