Spiritual but not Religious? 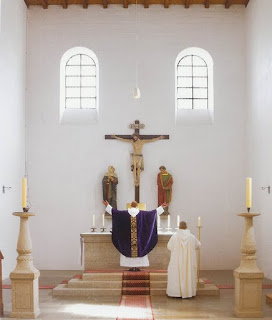 Why is that? Because you have known some bad cooks in your day? Because you were brought up on junk food? Because you have never had a cordon bleu five course meal? Because a chef once offended you in some way? Because you tried cooking from a cook book once and you failed? Because your friends think good food is snobbish? Because how can you eat a fine meal when there are hungry children in the world? Because some people eat better than you do and they understand fine food, and it makes you look bad? All of these and many more reasons can be given.

“Spiritual but not Religious”? They have dismissed religion before they have even seriously considered it or studied it, and even if they have had a chance to consider it, what kind of religion have they been offered to consider? The state of Christianity in the United States is so dire, I’m not surprised any kid with half a brain rejects it. The culture encourages passivity and being a spectator. No wonder they reject religion for religion requires commitment and hard work and wonder and fear and self sacrifice and guts.

“Spiritual without Religion” is subjective Protestantism taken to it’s logical end point. It’s where individuals in a Protestant culture will end up, and given the starting point it makes sense. Some time ago a Protestant woman came to see me about her teenaged son who was a pretty smart kid who stopped going to church. He said to his parents, “I can love Jesus without going to church. Church doesn’t matter.”

We should be clear: “Spirituality without Religion” is not a product of atheism or agnosticism or secular humanism. It is the product of Protestantism, for that is subjective Protestantism’s logical conclusion.

Every argument is a theological argument. So what is the underlying theological problem? A distrust of the physical world. Manichaeism. The belief that the physical world is either evil or it doesn’t ultimately matter. Protestantism with its denial of the visible church and it’s emphasis on eternal security and salvation by faith alone (therefore what you do doesn’t matter) and it’s often otherworldly Puritanical denial of this world and all that is ‘worldly’ is Manichean, and it is no mistake that the historians of the Protestant movement see their pre cursors as the Bogomils, Paulicians and Cathars.

The saints and their suffering matters. My rosary and my books of theology and my Infant of Prague and my plaster St Therese and my Our Lady of Lourdes–soiled and with a hole in her head because a nun from the convent where I got her dropped her once–that matters, and so does my starving neighbor and my friend with a headache and my child who needs a hug and a listening ear. They matter.

And so does the Blessed Sacrament which is the focus of the presence of God in the physical.

…and because of this I kneel to adore.

January 17, 2012 Spirituality and Religion 2
Recent Comments
0 | Leave a Comment
"Catholicism has always defined the ideal but there are no limits on God's mercy and ..."
Guest Tony Palmer: Is There Salvation Outside ..."
"With all due respect, Shaun, are you relegating the actual Faith to whatever the local ..."
PGMGN Notes on Tony Palmer’s Funeral
"There are good parking valets and bad parking valets. There are good housesitters and bad ..."
Elliot Bougis The Case for Conversion to Catholicism
"did you vote for Bush Fr Longenecker? would you have?"
Petey Understanding Iraq
Browse Our Archives
get the latest from
Catholic
Sign up for our newsletter
POPULAR AT PATHEOS Catholic
1