The Erosion of Freedom 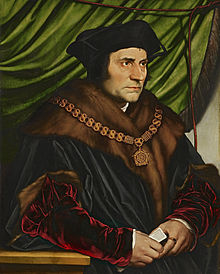 On this feast day of St Thomas More we do well to remember that the Tudor Revolution in England (sometimes given the euphemistic term: Reformation) was not immediately violent and catastrophic.

It began with Henry VIII and his counsellors deciding that the church courts should not deal with cases of civil law. In the Middle Ages the church courts were the only form of objective justice and all of Europe accepted that the clerks and justices were also usually high ranking clergy. By the time of the Tudors an increasing number of lay men were being trained in law and the Tudor regime decided that matters of civil law should not be decided by ecclesiastical courts. In other words, they started gradually and incrementally to enforce a doctrine of separation of church and state.

The history of the time period is often simplified as “Jolly old Henry VIII was a bit of a lad and wanted to marry his pretty little mistress Anne Boleyn. The Pope was a dull old spoil sport and blocked it so Henry VIII did what any good, red blooded Englishman would do–told the Pope to get off his island.” Not quite. Read more.

June 25, 2012 Reductionism, Ridicule and Red Herrings
Recent Comments
0 | Leave a Comment
"Catholicism has always defined the ideal but there are no limits on God's mercy and ..."
Guest Tony Palmer: Is There Salvation Outside ..."
"With all due respect, Shaun, are you relegating the actual Faith to whatever the local ..."
PGMGN Notes on Tony Palmer’s Funeral
"There are good parking valets and bad parking valets. There are good housesitters and bad ..."
Elliot Bougis The Case for Conversion to Catholicism
"did you vote for Bush Fr Longenecker? would you have?"
Petey Understanding Iraq
Browse Our Archives
get the latest from
Catholic
Sign up for our newsletter
POPULAR AT PATHEOS Catholic
1