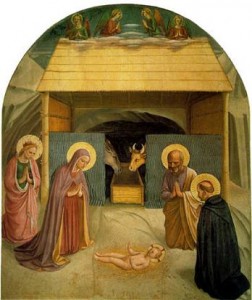 Once again we’ve had some tussles with atheists who keep asking for ‘evidence’ for the Christian faith. The whole question of evidence is interesting because we have to ask what sort of evidence they require. Whenever I ask this question they all skirt around the issue in one way or another.

Anyway, at this festive season I thought you might like to consider the interesting evidence on why December 25 is the most accurate date for the birth of Jesus Christ. Taylor Marshall summarizes the evidence here very neatly. Enjoy!