Mantilla the Hon on Pope Francis

OK Hon, everybody been asking me what I think of the new Pope. Right now Mantilla is trying to keep her mouth shut you know? I just keeping my mouth shut and I am busy making birettas, but you really want to know what I think of the Pope? OK. But first I’m going to tell you what I think of his vestments. I know what he trying to do. He wants to  make a statement. No more fancy vestments. No more lace. No more funny hats. No more fancy red shoes. Jesus Christ is a carpenter and St. Peter is a fisherman and St Paul? He makes tents. OK. I understand, but on this one I think the Holy Father is maybe not infallible.

Just because a man wear fancy clothes doesn’t mean he’s a fancy person. Just because he is wearing rich clothes does not mean he is a rich man.  Not if these fancy clothes are part of his job. OK Hon, think about it. You can be a simple, poor man and wear fancy clothes because you have a job that means something special. So maybe you are a policeman or a soldier. You wear your ordinary uniform on an ordinary day, but you have a dress uniform too you know what I mean hon? And when it is a special day you are wearing your dress uniform. Maybe it has medals on it and maybe some braid on the shoulder. Maybe you have special epaulettes and a hat that has a feather or maybe you wear a cape. Maybe you are wearing special boots with spurs and maybe you have a sword. So if you are a soldier and you wear your dress uniform for  special parade nobody say, “Oh look at that soldier. He thinks he’s special. Why is he wearing that fancy clothing? He should be an ordinary soldier and wear dirty pants.” No. The soldier take pride in his dress uniform. He shine his shoes like mirrors and everybody say, “Ooh, Aah! Look at him! He very handsome. I am proud of that soldier and I am proud of my country.”

OK hon, think about my fiancee Augusto. He’s a matador you know? What everybody think if Augusto go out to fight El Toro wearing blue jeans and a T-shirt? No. They want him to wear those tight pants with sequins and the little hat and those slippers and stand tall and fight El Toro. It is the same thing with a priest. Nobody wants to see the priest in jeans and a T-shirt to say Mass. No. He should wear his fighting clothes and they should be as beautiful as possible because he is handsome and good and strong and he is fighting El Diablo who loves ugliness and cheapness.

So what does Mantilla think? I am wanting to see the Holy Father dressed in the best vestments because he is the best. But what am I thinking of him as a Pope? I like him very much. I am glad he wants to be simple. I am happy to see him ride a bike maybe sometime and I think it’s nice he wants to live in that hostel with ordinary people. But let me tell you something hon. I think he should be simple and poor in everything he do except at the altar. Then the good vestments give glory to his poverty. Then the vestments mean even more. You see what I mean hon? When the poor man comes to the altar he is suddenly a rich man. When the poor man come to the altar he no longer a pauper but a prince. This is saying something. It is saying to everybody, “You are a poor person. You are a sinner, but when you come to Jesus you are rich now. Now you are a prince of heaven.” You know what I mean hon? I am thinking maybe the Holy Father never think of it this way.

You know what I mean Hon?

July 15, 2013 Barefoot Atheist Goes Beserk
Recent Comments
0 | Leave a Comment
"Catholicism has always defined the ideal but there are no limits on God's mercy and ..."
Guest Tony Palmer: Is There Salvation Outside ..."
"With all due respect, Shaun, are you relegating the actual Faith to whatever the local ..."
PGMGN Notes on Tony Palmer’s Funeral
"There are good parking valets and bad parking valets. There are good housesitters and bad ..."
Elliot Bougis The Case for Conversion to Catholicism
"did you vote for Bush Fr Longenecker? would you have?"
Petey Understanding Iraq
Browse Our Archives
Related posts from Fr. Dwight Longenecker 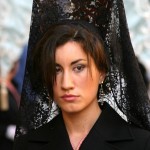