The Daily Telegraph announces here that “gay marriage” is now legal in the United Kingdom after the Queen signed legislation into law. The surge for people of the same gender to be married now seems unstoppable in many parts of the world, and I have no doubt that the homosexual activists will not rest until they achieve this same victory wherever possible. 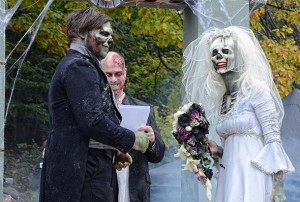 What if you said you were a zombie and you were going to marry another zombie? You even went through the ceremony, but that doesn’t mean that zombies were married. It was all pretend.

You could say the pretend stuff is just fun, and why not let people have their fun? Okay, let them have their fun, but when it’s all over forgive me if I remind folks that zombies aren’t real, and neither is such a thing as a two men or two women marrying each other.

It is now time for the Catholic Church to distance itself from civil marriage. The best thing we can do is withdraw from every aspect of civil marriage. I would be in favor of the situation which exists in France and other countries–where two people who want to be married go to the local registrar to be married civilly and then go on to the church for the Christian ceremony. This will give us a clarity. It will also allow us as pastors, to restrict church weddings to those who really intend to enter into a Catholic marriage. To do this we need to clarify what Holy Matrimony is. Here is a discussion.

I would also advocate a change in terminology. From now on I will refer to a Catholic marriage as “Holy Matrimony”. If “marriage” can be between two men or two women or multiple people or whatever other definitions people wish to put on it, then that term is no good to us. Terminology matters and I suggest that those who wish to maintain the truth of marriage now use the term “Holy Matrimony”. It may be somewhat cumbersome at first, but we will know where we stand.

What we don’t stop to consider is that Christian marriage is already degraded to such an extent that it is virtually unrecognizable. In this respect, I for one, intend to tighten things up. I will only accept for a service of solemnization of Holy Matrimony those who understand what Catholic marriage is and intend to enter into this contract with full knowledge and full consent. 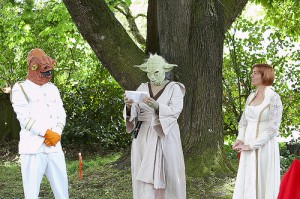 The rest can go get “married” in a hot air balloon if they want. It will be just about as true and real as a Star Wars Wedding. 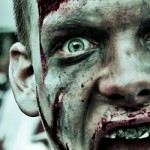 July 18, 2013 Broken Marriage? It's Complicated...
Recent Comments
0 | Leave a Comment
Browse Our Archives
get the latest from
Catholic
Sign up for our newsletter
POPULAR AT PATHEOS Catholic
1