Today’s post for Aleteia explains the situation for Christians in Iraq–outlining who the different groups are and explaining a bit of their history.

In 2003. Christians in Iraq numbered about 1,500,000 and represented just over five percent of the population. Their percentage had fallen since 1987 when they were 1.4 million, or eight percent of the population. Since 2003, Christians of all denominations have endured extensive persecution. Their religious leaders have been abducted and murdered; they have endured threats of violence or death if they do not abandon their homes and businesses, and their churches and chapels have been bombed. Viewed as pro-American, after the fall of Saddam Hussein, their troubles have increased with the rise of militant Muslim Jihadists. 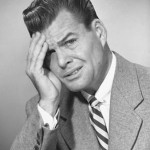 August 11, 2014
Good Non-Catholic Christians - Is There Salvation Outside the Church?
Next Post

August 14, 2014 Witness in Words and Works…Or Else!
Recent Comments
0 | Leave a Comment
"Catholicism has always defined the ideal but there are no limits on God's mercy and ..."
Guest Tony Palmer: Is There Salvation Outside ..."
"With all due respect, Shaun, are you relegating the actual Faith to whatever the local ..."
PGMGN Notes on Tony Palmer’s Funeral
"There are good parking valets and bad parking valets. There are good housesitters and bad ..."
Elliot Bougis The Case for Conversion to Catholicism
"did you vote for Bush Fr Longenecker? would you have?"
Petey Understanding Iraq
Browse Our Archives
Related posts from Fr. Dwight Longenecker