Why the Secular Humanists Cannot Cope With Islam

In England the liberal left wing ideologues are shaking their heads with shame at the revelations coming from the town of Rotherham. In a huge scandal it has emerged that hundreds of children in state run children’s homes were systematically abused by gangs of Muslim men.

More than 1,400 children were sexually abused over a 16 year period by gangs of paedophiles after police and council bosses turned a blind eye for fear of being labelled racist, a damning report has concluded. Senior officials were responsible for “blatant” failures that saw victims, some as young as 11, being treated with contempt and categorised as being “out of control” or simply ignored when they asked for help. In some cases, parents who tried to rescue their children from abusers were themselves arrested. Police officers even dismissed the rape of children by saying that sex had been consensual.

When children attempted to expose the abuse, they were threatened with guns, warned that their loved ones would be raped and, in one case, doused in petrol and told they would be burnt alive.

The chief investigator wrote: “No one knows the true scale of child sexual exploitation in Rotherham over the years. Our conservative estimate is that approximately 1,400 children were sexually exploited over the full inquiry period, from 1997 to 2013.

Furthermore, police believe that the sex trafficking, slavery and rape of young women is widespread within the Asian community with gangs operating in Manchester, Rochdale, Oxford, Bradford and Leeds. Details of the abuse–which was going on for nearly twenty years is outlined in this further article.

The fact that this sex abuse ring was perpetrated by Asian (Pakistani) men forces one to ask whether the crimes are somehow linked to their culture and religion. The police and social services were useless precisely because they thought the behaviors were linked with the Pakistani culture and religion, and why did so many in the Asian community turn a blind eye to what was going on?

I suspect it is because the abuse of women is not only part of Asian culture, but part of the Islamic religion/culture.

Men are the maintainers of women because Allah has made some of them to excel others and because they spend out of their property; the good women are therefore obedient, guarding the unseen as Allah has guarded; and (as to) those on whose part you fear desertion [committing a religious sin], admonish them, and leave them alone in the sleeping-places and beat them; then if they obey you, do not seek a way against them.

So the man is superior. The woman is obedient and can be beaten. That’s nice.

There’s more: If the woman is not Muslim the Muslim male has the right to own them as slaves. They can be captured as spoils of war (jihad). They can be sold without their consent. Can be kept as sex slaves and any children born to them will be Muslim. We’ve seen this happening recently in Northern Iraq. The ISIS warriors captured Christian and Yazidi women and sold them as sex slaves.

Then there is polygamy. A Muslim man can have multiple wives. The prophet himself had nearly a dozen, and because of his example it is Muslim tradition that girls under the age of ten are eligible for marriage because the prophet famously married his third wife Aisha when she was six years old.

We mustn’t forget the practice of endogamy–the marriage of first cousins. Continue Reading 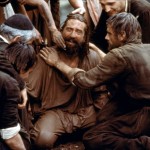 September 2, 2014 On the Glory of Purgatory
Browse Our Archives
Related posts from Fr. Dwight Longenecker