The Riddle of the Three Wise Men 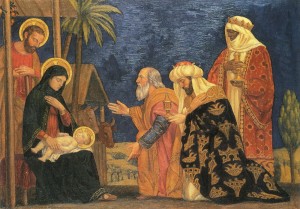 So Who were the magi and where did they come from?

We’re not exactly sure.

All we can glean from Matthew’s gospel is that they are called magi or “magicians”, that they came from the East to Jerusalem, and that they had seen a star announcing the birth of the King of the Jews. The gospel doesn’t say there were three wise men. That idea comes from the three gifts they brought.

Scholars and pundits have theorized about their identity and origin, and differing opinions swirl around creating a genuine enigma.

However, none of this is recorded in Matthew’s gospel. Neither is there a mention that the wise men are kings– nor are there camels in the Matthew’s account. So where did the idea come from that the wise men were camel-riding kings? The idea of three kings and the presence of camels is linked with two Old Testament prophecies. Psalm 72.10-11 reads,

“May the kings of Tarshish and of distant shores bring tribute to him.
May the kings of Sheba and Seba present him gifts. May all kings bow down to him and all nations serve him.”

Isaiah chapter sixty is also read in the liturgy for the feast of the Epiphany, and like Psalm 72, Isaiah highlights the double meaning of the visit of the wise men: that the light of Christ has come into the world and that it is for all people–not only the Jews. The prophecy reads:

“Arise, shine, for your light has come, and the glory of the Lord rises upon you…Nations will come to your light, and kings to the brightness of your dawn…Lift up your eyes and look about you: All assemble and come to you; your sons come from afar…Then you will look and be radiant…the wealth on the seas will be brought to you,to you the riches of the nations will come. Herds of camels will cover your land, young camels of Midian and Ephah, and all from Sheba will come bearing gold and incense and proclaiming the praise of the Lord.”

Now we can see where the idea of kings and camels comes from. Matthew says the kings came from the East and Persia seems the obvious choice, but the passage from Isaiah predicts that the kings come from Ephah, Midian and Sheba. Where are Ephah, Midian and Sheba?  Midian is the Old Testament name for what was, in Jesus’ time, the Kingdom of the Nabataeans. It lies directly East and South of Jerusalem–in present day Jordan, and Ephah was a city of Midian further south in the Arabian peninsula. The ancient Kingdom of Sheba was centered in what is present day Yemen–also to the East and South.

If we are looking to the Scriptures for evidence, then the prophecy from Isaiah suggests that the wise men came from what is now Jordan, Saudi Arabia and Yemen. If so, they probably did come on camels since Midian especially was known for its abundance of camels.

Can we use an Old Testament prophecy to determine where the wise men came from? Those who believe in the accuracy of Biblical prophecy will not have a problem doing so. However there are other indicators to suggest the Arabian peninsula rather than Persia. The three gifts of gold, frankincense and myrrh are overlooked as clues to solve the riddle.

Where did the gold come from? Continue Reading 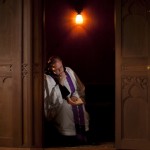 January 2, 2015
The Story of My First Confession
Next Post 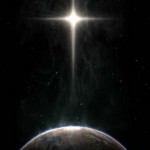