Jeb and Hillary – A Dastardly Dynasty? 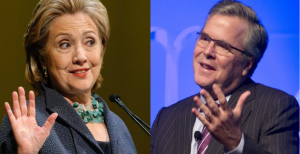 Are we really going to be faced with either the Bush dynasty or the Clinton dynasty in next year’s presidential election?

What kind of a republic elects members of a dynastic family to rule?

A failing republic if I remember my history.

I don’t know much Roman history beyond I, Claudius but if I’m not mistaken the Roman Republic was gradually taken over by one patrician, wealthy, sleazy family after another until finally the republic collapsed into an Empire.

Do we really have to have a Clinton or a Bush, and if we must have the two of them can’t we get it over with and make them running mates?

Jeb and Hillary–the winning ticket.  Jeb can be POTUS for four years, and Hillary the VP then they can swap over for another four years.

By that time maybe Chelsea will be ready to run and aren’t there must be other members of the Bush clan who want to be Caesar, or they can overturn the eight year thing so we can have Bill and W. again.

‘Scuse me for not being enthusiastic, but maybe it’s the Amish in me, but I can’t get interested.

The Clintons seem about as sleazy as can be. The Bush’s have more class, but are they really much better?

Is anybody listening to the issues or just looking at the people?

I get the impression that the race for the White House has become like one of those seventh grade junior high class president elections which were nothing more than a girly popularity contest.

Then the creepiest thought of all is this: what if we all get so fed up with these people that we are desperate for the wonderful leader.

Then up steps the glorious leader who is simply too good to be true and we all bow down and worship the first Emperor of America. 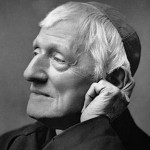 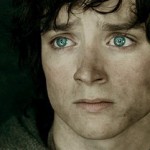 March 25, 2015 March 25, Frodo Baggins and the End of the World
Browse Our Archives
Related posts from Fr. Dwight Longenecker