March 25, Frodo Baggins and the End of the World

Today is Ladyday–the Solemnity of the Annunciation and yes, you can break your Lenten fast to celebrate.

You can also celebrate the end of the world and J.R.R.Tolkien reading day.

Here’s why: Tolkien, a devout Catholic, wove his Catholicism into The Lord of the Rings in a very profound  and subtle way.

If you check out the calendars which mark the main events in the great saga you will find that on December 25 the fellowship leaves Rivendell and on March 25 Frodo casts the ring of power into the Cracks of Doom and thus ends the tyranny of Sauron.

March 25 is therefore the end of the world but also the beginning of the new world and the new order.

Because in the Middle Ages March 25 was Ladyday–the Solemnity of the Annunciation and the beginning of the world’s redemption. When Christ became incarnate the old world ended and the new world began.

March 25 was chosen for the Feast of the Annunciation because, according to Jewish tradition, a great man would die on the same calendar day of his conception.

Jesus Christ died on the Jewish day 15 Nisan which is in the Roman calendar, March 25. It was therefore surmised that he was conceived on March 25.

By the way, this also puts paid to the idea that December 25 was chosen as the date for Christmas because the Christians were aping the pagan Saturnalia mid winter festival.

Huh uh. December 25 was chosen because it was nine months after March 25.

Take some time to go to Mass, thank God for the glorious incarnation of his son Jesus Christ, for the end of the world, the beginning of the world’s redemption and why not read a little Tolkien or watch one of the  movies with your kids to celebrate?

This article at Crisis goes into more detail 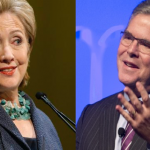 March 25, 2015 Chust for Nice - Annunciation
Browse Our Archives
get the latest from
Catholic
Sign up for our newsletter
POPULAR AT PATHEOS Catholic
1