Anglicans Form Breakaway Church – So This is News?

Developing out of a worldwide Evangelical Traditionalist movement called GAFCON (Global Anglican Future Conference) the new alliance brings together Evangelical Anglicans from America and Africa mostly–who are upset at the Anglican decision to ordain women bishops, espouse the gay agenda and allow their buildings to be used for Islamic prayer.

That Anglicans continue to go into schism should not be a surprise as schism is one of the foundation principles of Anglicanism.

How could a Church that cut itself off from the historic Catholic Church hope to retain unity? It was founded in schism. It continues to foster schism.

I personally have a fair bit of sympathy for the conservative Evangelicals in the Anglican tradition.

In the face of the C of E becoming the Church of Everybody (and therefore nobody) where else can they go?

Because of their Protestant doctrine and their basic assumption that the Catholic Church is wrong, wrong, wrong, they can’t join the Ordinariate or become mainstream Catholics.

All they can do is form their own little group.

What is most disconcerting is that the little Anglican breakaway churches can’t even seem to gather enough agreement to merge among themselves.

I once asked a pastor in one of the so called “continuing” churches why the different schisms didn’t unite.

Everybody playing at church and making it up according to their own good ideas.

So it must be if you build on sand and not the solid Rock called Peter. 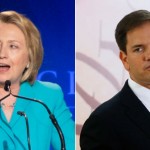 April 17, 2015
The Underdog Myth that Hillary Has to Overcome
Next Post 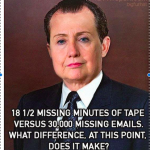 April 18, 2015 Hillary Nixon
Browse Our Archives
get the latest from
Catholic
Sign up for our newsletter
POPULAR AT PATHEOS Catholic
1