The Underdog Myth that Hillary Has to Overcome

The Underdog Myth that Hillary Has to Overcome April 17, 2015 Fr. Dwight Longenecker 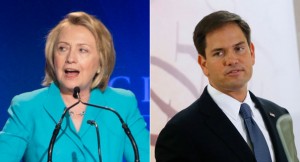 When I was living in England I remember how the English hated George Bush Jr.

The mocked him for seeming like a small town hick.

What they didn’t understand was that George Bush Jr’s move to Texas to live on a ranch and marry the town librarian was the smartest political move he could have made.

But he knew that having a rich grand daddy and a well connected former president for a Dad wasn’t going to win votes in middle America.

Because Americans love their president to be the underdog. They want a rancher from Texas with a pitchfork in his hand not a financier from Manhattan with a silver spoon in his hand.

The American myth of the little guy who clambers to the top through brains, charisma, hard work and “aw shucks ma’am” likability is a myth that is super powerful and which appeals to all Americans.

Think about it: Every president except JFK and Geo Bush Sr. since the second world war has either been (or successfully pretended to be) a small town boy who made good, or just an ordinary fella.

Dwight Eisenhower was the down home war hero

Jimmy Carter was the son of a Georgia peanut farmer

Bill Clinton was an Arkansas boy from a broken home who worked hard and made good.

While I don’t personally buy into this myth, (because in most cases it is fake) the important thing is that American voters do.

This article at National review points out that Marco Rubio and Ted Cruz have this story to tell. They are the hard working, young sons of immigrants.

Hillary is another matter. Continue Reading 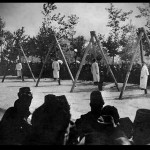 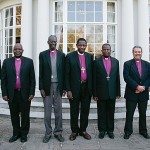 April 17, 2015 Anglicans Form Breakaway Church - So This is News?
Browse Our Archives
get the latest from
Catholic
Sign up for our newsletter
POPULAR AT PATHEOS Catholic
1

Anti-Catholic Caricatures of Catholic Mariology (vs. James Swan)
This is section VI of a lengthy paper (posted on Internet Archive...
view all Catholic blogs
Copyright 2008-2021, Patheos. All rights reserved.
error: Content is protected !!