Take a 90% Pay Cut to Give the Workers More Money?

Read this story about a Seattle entrepreneur who has taken a 90% pay cut to ensure that all his employees earn at least $70K a year.

Mr Price, whose company handled $6.5billion in transactions last year, decided to raise his employees’ pay after reading a study about happiness in the workplace.

The research, conducted by Nobel Prize-winning economist Angus Deaton and psychologist Daniel Kahneman, found that what they called emotional well-being rises with income, but only to a point. And that point turns out to be about $75,000 a year.

“The market rate for me as a CEO compared to a regular person is ridiculous, it’s absurd,” Mr Price said, adding that he did not think it was right that he should earn up to 100 times more than most of the rest of his staff.

“My salary wasn’t $1 million because I need that much to live, but that’s what it would cost to replace me as a CEO,” Mr Price told ABC News. “I think CEO pay is way out of whack. It ended up impacting me, because I want the company to be sustainable even if something happens to me. Temporarily, I’m going down to the minimum until the company gets back to where it was.”

Elsewhere in the article it points out that the minimum wage in the US is $7 per hour. That works out at a full time salary of $17,000 per year.

What kind of society have we created in which there is such a terrible disparity in income levels? Continue Reading 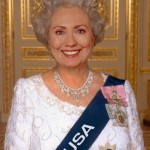 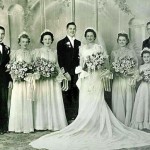 April 15, 2015 Ten Things Every Catholic Should Know About Marriage
Browse Our Archives
get the latest from
Catholic
Sign up for our newsletter
POPULAR AT PATHEOS Catholic
1