Did I Become Catholic Because I Hate Women?

Did I Become Catholic Because I Hate Women? May 6, 2015 Fr. Dwight Longenecker

In 1995 I resigned as a Vicar in the Church of England, and I and my family were received into full communion with the Catholic Church.

I left the Church of England along with nearly 800 other priests.

We joined the Catholic Church because the Church of England had voted to accept women as priests.

To be honest, I think there were some men who left the Church of England for those reasons. They didn’t like women. They didn’t want women in the boys’ gang. In my experience those men quietly returned to the Anglican Church after a short time. They became Catholics and didn’t like it much so they scooted back across the Tiber to the safety of Canterbury.

To put it in context I should first of all say that we listened very carefully to the debate that was going on and I, for one, could accept many of the good arguments in favor of women’s ordination. Let me outline them: 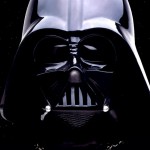 May 7, 2015 Why Religious People Are Worse Than Darth Vader
Browse Our Archives
get the latest from
Catholic
Sign up for our newsletter
POPULAR AT PATHEOS Catholic
1

Scheherezade in Prison: Four short movie notes
Four very different films--all of which I'd recommend! This past week has...
view all Catholic blogs
Copyright 2008-2020, Patheos. All rights reserved.