Is It Time to Hunker Down?

As Ireland votes overwhelmingly for same sex marriage and the rest of the Western world, it seems, can’t wait to follow their example, is it time to throw in the towel in the cultural slugfest?

As radical Islam advances giving us nightmares and as the economic “recovery” looks increasingly shaky is it time to hunker down?

Over at The Week Damon Linker analyzes what Rod Dreher calls “The Benedict Option”.

This is the idea that the church will follow the pattern of St Benedict. To understand what this means we have to understand the social conditions in Benedict’s day.

It was the end of the fifth century. The once mighty Roman Empire was collapsing. Economic decline was forcing a retreat of the Roman armies across the empire. Famine and plague decimated the population. Moral decay ate away at the family and robbed the population of energy and ambition. In the vacuum the barbarians were invading from the North and the East.

Benedict headed for the hills.

He established small monastic communities of prayer, work and study to survive the social upheaval.

These Christian communities went on to become little havens of peace and lighthouses in the storm. Before long they became the only centers of education, health care, social justice and learning. They preserved the remnants of the earlier classical civilizations and went on to be the kernels of what would be medieval Christendom.

The Benedict Option is the idea that this is where we are headed. It’s not a new idea. T.S.Eliot predicted the continued decay and disintegration of Western civilization and that a new monastic movement would arise and carry the flame and become the nexus of a new Christendom. Cardinal George’s famous prophecy considered the same.

The classic novel, Canticle for Lebowitz is set in a future where this has already happened.

The Benedict Option has a double meaning because it can also connect with the prophecy of Pope Benedict XVI who, as Joseph Ratzinger…

Ratzinger said he was convinced the Church was going through an era similar to the Enlightenment and the French Revolution. “We are at a huge turning point – he explained – in the evolution of mankind. This moment makes the move from Medieval to modern times seem insignificant.” Professor Ratzinger compared the current era to that of Pope Pius VI who was abducted by troops of the French Republic and died in prison in 1799. The Church was fighting against a force which intended to annihilate it definitively, confiscating its property and dissolving religious orders.

Today’s Church could be faced with a similar situation, undermined, according to Ratzinger, by the temptation to reduce priests to “social workers” and it and all its work reduced to a mere political presence. “From today’s crisis, will emerge a Church that has lost a great deal,” he affirmed.

“It will become small and will have to start pretty much all over again. It will no longer have use of the structures it built in its years of prosperity. The reduction in the number of faithful will lead to it losing an important part of its social privileges.” It will start off with small groups and movements and a minority that will make faith central to experience again. “It will be a more spiritual Church, and will not claim a political mandate flirting with the Right one minute and the Left the next. It will be poor and will become the Church of the destitute.”

Linker points out that the religious conservatives in America are increasingly divided and demoralized as they see their former “moral majority” becoming a “moral minority.” He analyzes the political impact as right wing cultural warriors throw in the towel and head to the hills to hunker down.

Now the pessimism is back — though with a twist. The mood among social conservatives has been darkening for years, as a liberal Democrat has taken and held the White House, as the Republican Party has placed greater emphasis on economic concerns than culture-war issues, and (most of all) as same-sex marriage has come to be accepted by more than half of the country and Democrats have begun to embrace it without apology.

But nothing compares to the gloom that’s set in during the weeks since the passage of Indiana’s Religious Freedom Restoration Act sparked a rapid and widespread condemnation of religious traditionalists, not only by gay activists and liberal Democrats, but also by a number of Republicans with national stature and high-profile members of the business community. Suddenly social conservatives began to think the unthinkable: Is it possible that we’re now in the minority, with our freedoms subject to the whims of a hostile majority that will use the power of the modern liberal state (especially anti-discrimination laws) to enforce public conformity to secular, anti-Christian norms?

Dreher has been writing about the movement which is already taking root: Continue Reading 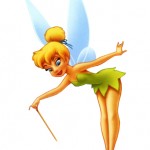 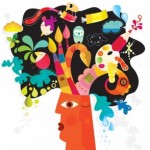 May 26, 2015 How to Be a Creative Conservative
Browse Our Archives
Follow Us!

Boom: how one priest transformed a...
The Deacon's Bench
Related posts from Fr. Dwight Longenecker