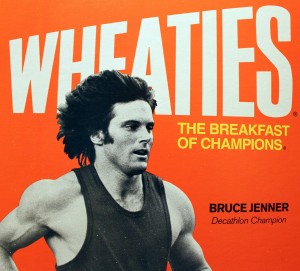 It has been difficult not to have one’s nose pushed into a particular image this week.

It is that of a former Olympic athlete dolled up as a woman on the cover of the appropriately named Vanity Fair.

Readers may remember the original Vanity Fair appeared in John Bunyan’s Pilgrim’s Progress. Vanity Fair is a place where every earthly delight and fancy is up for sale. This aspect of Bruce Jenner’s transformation can’t be put on one side. Here’s a guy who is on TV and is caught up in a huge publicity machine to sell himself and now to sell his sexual confusion and medical and cosmetic transformation into a female. When I see that Vanity Fair cover I don’t see an attractive woman.

I see a man dressed up as a whore…which of course is just what you would expect to find in the original Vanity Fair where every human delight is up for sale. OK. That’s tough talk, but Caitlyn is not really presenting as a modest, beautiful and chaste woman is she? Wasn’t the swimsuit-lingerie outfit supposed to be provocative? Wasn’t her expression supposed to be steamy?

My main problem with this is not that a person with gender dysphoria has problems they think will be solved by a sex change. That is really between them and their psychiatrist.

What is most disturbing is that Jenner the sort of woman Jenner feels he must present as. When he poses all dolled up and wearing lingerie and pouting with a seductive pose isn’t he lending to the objectification of women?  A good number of women have complained that he is contributing to the whole fake glamour industry in which unrealistic women are presented as role models. So the concern is not so much that he is transgender and having treatment, but that he thinks this is presenting as this kind of woman. How does that help women in general?

That’s my gut feeling, but putting that aside, what are we to make of this new push for acceptance of transgender condition and men (for it is mostly men) who think they are really women?

An excellent article from First Things from 2004 has surfaced in a timely way today. It is probably the best thing I have ever read on the transgender issue because it is written by a psychiatrist who has actually been involved in treating this very condition. He writes objectively about the condition using something called research and facts. As such the article is refreshing because this issue, like the same sex marriage issue, has now been caught up in a maelstrom of emotion and sentimentality.

Paul R McHugh was University Distinguished Professor of Psychiatry at John Hopkins University. He explains why they decided to stop recommending sex re-assignment surgery. First Dr McHugh explains his bewilderment at the confused sexual identity of the men. Although they said they were women trapped in men’s bodies, it didn’t ring true.

Men (and until recently they were all men) with whom I spoke before their surgery would tell me that their bodies and sexual identities were at variance. Those I met after surgery would tell me that the surgery and hormone treatments that had made them “women” had also made them happy and contented. None of these encounters were persuasive, however. The post-surgical subjects struck me as caricatures of women. They wore high heels, copious makeup, and flamboyant clothing; they spoke about how they found themselves able to give vent to their natural inclinations for peace, domesticity, and gentleness—but their large hands, prominent Adam’s apples, and thick facial features were incongruous (and would become more so as they aged). Women psychiatrists whom I sent to talk with them would intuitively see through the disguise and the exaggerated postures. “Gals know gals,” one said to me, “and that’s a guy.”

The subjects before the surgery struck me as even more strange, as they struggled to convince anyone who might influence the decision for their surgery. First, they spent an unusual amount of time thinking and talking about sex and their sexual experiences; their sexual hungers and adventures seemed to preoccupy them. Second, discussion of babies or children provoked little interest from them; indeed, they seemed indifferent to children. But third, and most remarkable, many of these men-who-claimed-to-be-women reported that they found women sexually attractive and that they saw themselves as “lesbians.” When I noted to their champions that their psychological leanings seemed more like those of men than of women, I would get various replies, mostly to the effect that in making such judgments I was drawing on sexual stereotypes.

McHugh set up a study to see if men who had transformed into women were cured of their problems. He also investigated the question of whether gender is genetic or cultural by doing a study on boys who were born with deformed genitals and who doctors decided should be castrated and raised as girls. The argument was that if they just changed the plumbing and treated the child as a girl they would be just fine.

What Dr McHugh found about the men who had surgically become women was interesting:

The psychiatrist and psychoanalyst Jon Meyer was already developing a means of following up with adults who received sex-change operations at Hopkins in order to see how much the surgery had helped them. He found that most of the patients he tracked down some years after their surgery were contented with what they had done and that only a few regretted it. But in every other respect, they were little changed in their psychological condition. They had much the same problems with relationships, work, and emotions as before. The hope that they would emerge now from their emotional difficulties to flourish psychologically had not been fulfilled.

We saw the results as demonstrating that just as these men enjoyed cross-dressing as women before the operation so they enjoyed cross-living after it. But they were no better in their psychological integration or any easier to live with. With these facts in hand I concluded that Hopkins was fundamentally cooperating with a mental illness. We psychiatrists, I thought, would do better to concentrate on trying to fix their minds and not their genitalia.

The study of boys who had their genitals removed and raised as girls was even more interesting. Continue Reading 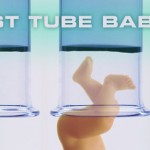 June 1, 2015
The Dissolving Family and the Bio Tech Revolution
Next Post 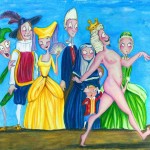 If You're Angry About the Looting...
Steel Magnificat
Related posts from Fr. Dwight Longenecker