Why Did God Destroy Sodom and Gomorrah? 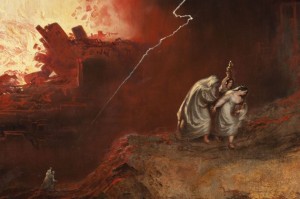 One of those interesting details has surfaced which reminds you that everything is connected.

It is now predicted that the Supreme Court will give its ruling on same sex marriage on June 30.

The Mass readings for that day are Genesis 19.15-29 – the destruction of Sodom and Gomorrah.

We should be clear. The destruction of Sodom and Gomorrah was not simply because the city was full of homosexuality.

The violent homosexual rapists were a symptom of a deeper ugliness in Sodom and Gomorrah.

We know from earlier in Genesis that the cities of the plain were lush, rich and luxuriant. The kings of Sodom and Gomorrah were also warlike and violent.

The violent homosexual rapists of Sodom and Gomorrah were an example of the decadence, lust, luxury, greed and violence of the whole civilization.

The sin of Sodom and Gomorrah was, therefore far deeper than a sexual problem. The sexual problem was the symptom of a deep, fetid and stubborn rebellion against God and everything that was natural and simple, innocent, free and good.

St Paul outlines this sick depravity in the first chapter of his epistle to the Romans:

The wrath of God is being revealed from heaven against all the godlessness and wickedness of people, who suppress the truth by their wickedness,  since what may be known about God is plain to them, because God has made it plain to them.  For since the creation of the world God’s invisible qualities—his eternal power and divine nature—have been clearly seen, being understood from what has been made, so that people are without excuse.

For although they knew God, they neither glorified him as God nor gave thanks to him, but their thinking became futile and their foolish hearts were darkened.  Although they claimed to be wise, they became fools and exchanged the glory of the immortal God for images made to look like a mortal human being and birds and animals and reptiles.

Therefore God gave them over in the sinful desires of their hearts to sexual impurity for the degrading of their bodies with one another. Continue Reading 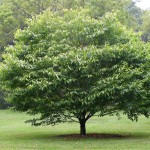 June 25, 2015
Why Laudato Si is Brilliant Evangelization
Next Post 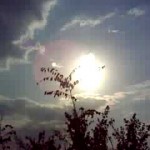 June 25, 2015 What Happened to Me at Medjugorje
Browse Our Archives
get the latest from
Catholic
Sign up for our newsletter
POPULAR AT PATHEOS Catholic
1

Cancel Culture? Or Actions and Consequences?
On the Catholic Beat
Related posts from Fr. Dwight Longenecker

The Arctic Blast In Texas: A Warning Of...
We must be careful in the way we interpret particular weather events....
view all Catholic blogs
Copyright 2008-2020, Patheos. All rights reserved.