Have the Mainstream Media Fallen Out of Love with Pope Francis?

Have the Mainstream Media Fallen Out of Love with Pope Francis? July 8, 2015 Fr. Dwight Longenecker 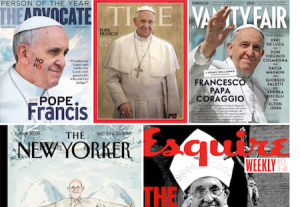 Has anyone else noticed the remarkable silence in the mainstream media?

Pope Francis–who was once their darling for saying about a person with same sex attraction, “Who Am I to Judge?”–is absent from the front pages this summer.

When he went to Brazil for World Youth Day in 2013 it was big news. The crowds were pictured and the popular pope was front and center.

When he went to the Philippines and braved the weather the mainstream media followed his every action.

He was, after all, the new “Good Pope John”. He was the “Reformer Pope” who was going to clean up the Vatican and get rid of all that musty, dusty, lusty, rusty, nasty corrupt old Catholicism of the former Nazi Pope Benedict.

Last Fall during the first session of the Synod on the Family he was portrayed as a valiant warrior who was going to force the church into the modern world. With a few inside allies they were going to offer communion to divorced and remarried people, give the nod to same sex unions and reverse the ban on artificial contraception. If he wasn’t going to accept abortion he was at least going to be “more pastoral” about it.

But now TIME magazine’s Person of the Year and the cover feature of Rolling Stone, Vanity Fair, New Yorker, Esquire and umpteen other journals, is strangely absent from the front covers.

Could it be because he continues to speak out against same sex marriage?

Could the silence be the calm before the storm? Continue Reading 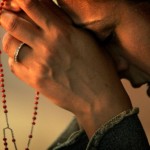 July 8, 2015
How the Holy Rosary Could Heal the World
Next Post 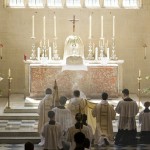 July 9, 2015 Why the Catholic Mass Is the Center of All Things
Browse Our Archives
get the latest from
Catholic
Sign up for our newsletter
POPULAR AT PATHEOS Catholic
1