Some observers of the Synod on the Family taking place in Rome predict that if the Liberal German Cardinals don’t get their way that they will do what they want anyway. Fast emerging as one of the sharpest Vatican reporters, Edward Pentin noted here that the German cardinals plan to publish their own pastoral document after the synod.

Cardinal Reinhard Marx said theological questions regarding marriage, the family and sexual morality could not be answered during the three weeks of the synod.

He said he hopes the synod will result in “a further discussion” and said that it must find a text that “would lead to further progress” towards finding a common theological position on fundamental issues.

But concerning pastoral practice, he said the German Church “cannot wait” for synodal statements, as marriage and family ministry has to be undertaken now, according to an article in Die Tagespost, translated by the blog Catholic Conclave.

Cardinal Marx, the archbishop of Munich and Freising, said as far as doctrine is concerned, the German episcopate remains in communion with the Church, but on individual issues of pastoral care, “the synod cannot prescribe in detail what we have to do in Germany.”

Cardinal Marx stated, “We are not a subsidiary of Rome.” and said clearly that the German Catholics would do their own thing.

“Each episcopal conference is responsible for the pastoral care in their culture and has to proclaim the Gospel in its own unique way. We cannot wait until a synod states something, as we have to carry out marriage and family ministry here.”

The German’s independent spirit is reminiscent of the disagreement amongst Dutch Catholics to the doctrine of papal infallibility.

In case you don’t know your history, here is what happened: In 1870 certain Austrian, Swiss and German bishops disagreed with the declaration on the infallibility of the pope. Like Cardinal Marx they did not want to think of themselves as “a subsidiary of Rome”. They were supported by the autonomous Dutch Bishop of Utrecht. At the beginning of the 1700s the Diocese of Utrecht had gradually broken with the authority of the Pope over the Jansenist controversy, and this Bishop of Utrecht began to ordain clergy and bishops for what was then established as “The Old Catholic Church.”

(As a side issue take note that this schism called itself “the Old Catholic Church” because they claim “We have not left Rome. Rome has left us.” This is still the false banner under which most “Catholic” schisms march.)

Over the years the Old Catholic Church bishops have gone on to ordain a host of wandering bishops and spawned dozens of little independent “Catholic” churches. Furthermore, the Old Catholic Church is now in full communion with the Lutherans and Anglicans, they have women priests, endorse artificial contraception, same sex unions and are pretty much indistinguishable from liberal high church Anglicans.

October 12, 2015
The Model of a Modern German Cardinal
Next Post 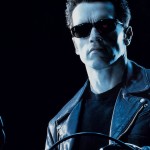 October 22, 2015 I'll Be Back
Browse Our Archives
Related posts from Fr. Dwight Longenecker