Excuse the Amish in Me

Excuse the Amish in Me December 10, 2015 Fr. Dwight Longenecker

If you want to know the truth there’s Amish in me.

My ancestors came to Pennsylvania in the 1770s from Switzerland. They were Mennonite. They settled in Lancaster County along with the Amish. Go to Lancaster County and Berks County. You’ll find lots of Longeneckers.

The Amish hunker down and mind their own business. Coming from persecution to the New World for freedom, they still expect the worst and hope for the best. They’re pacifists, and while they are patriotic citizens and are allowed to vote, most don’t. If they do vote, they’re more likely to take part in local elections than national. They like local.

It’s the Amish in me which looks askance, therefore, at national politics. On this blog and in social media this week I’ve been blasting away at the leering idiotic figure of Donald Trump. Is it possible that this thrice married, aging lothario with a hair do, a fake tan and a string of shady business deals is the presidential darling of so many?

The problem here is that too many Americans swallow the lie that a presidential candidate is going to save the nation and be the world’s salvation.

When it comes to politics, I recommend a little bit of the Amish: “Hope for the best. Expect the worst.”

Maybe, just maybe we will elect a man or woman who has guts, moral integrity and a noble spirit combined with a good education, a gentle wisdom, experience in high office, an optimistic realism and good qualifications. If so, thank God and be pleased. Hope for the best. Expect the worst: like Trump or Clinton.

And now to religion. The same holds true in people’s expectations of the pope. There is so much rumbling and grumbling amongst some conservative Catholics about Pope Francis. So you don’t like the present pope? Get over it. Take a deep breath. He’s not a heretic or an anti pope. He’s not the last pope before the end of the world. He’s simply a pope who comes at the Catholic religion from a very different experience and cultural background than you.

Popes and presidents? Hope for the best. Expect the worst.

I have developed a line in self help. Whenever someone comes to me with a problem–whether it is a homeless person needing shelter, a woman with marriage problems, a man with financial worries, a child who is distressed, or a Catholic grumbling about the pope or hyperventilating over a presidential nominee–after listening my line is, “Now what are you going to do about it?”

This usually flusters them a bit. Then they stop to realize if there is something they can do about it they should, and I will help them if i can. If there isn’t anything they can do about it, then leave it with God and get on with your life. Vote local like the Amish. In other words, focus on what you can do where you can do it and do so with diligence, inspiration and joy.

Fed up with the politicians and want to do something? Campaign for your local town council and get on with it.  Join the political party of you choice and campaign for someone worthwhile, then hope for the best and expect the worst. If you’re not willing to get involved, give over the grumbling.

You don’t like the pope? So what. Get on with your life of prayer, worship and service. Isn’t that a big enough task? Get more involved in your local parish. Think how happy your dear parish priest will be when you arrange to see him and he expects another person with another problem and you say, “I’m here to help Father. Tell me how you would like me to get involved. I’m willing and ready to serve the Lord and his holy church!”

Then catch him while he faints.

Take the advice of the Amish: Leave the Pope and the President alone and hope they return the courtesy. 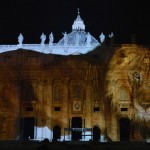 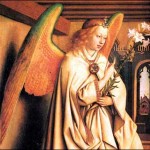 December 10, 2015 The Angel and The Girl
Browse Our Archives
get the latest from
Catholic
Sign up for our newsletter
POPULAR AT PATHEOS Catholic
1