Conservative pundits are all worked up about the super duper climate change slide show on the facade of St Peter’s yesterday.

Life Site News here goes all conspiratorial about the connections of the groups that funded the show and how it was all a left wing, climate change, one world government, population control propaganda exercise. Well, perhaps, but then again maybe not.

Other partners include Vulcan Inc., a private company based out of Seattle, Washington, that “strives to create a new kind of future” by “upend[ing] conventional thinking.” The company was deliberately named after the Roman god Vulcan, the deity of destructive fire, whose earliest known shrine existed in Rome at the foot of the Capitoline Hill, close by the Vatican.

Another partner is Okeanos, an environmentalist foundation with the purpose of raising awareness “concerning the various threats our oceans are facing.” The foundation rails against what it calls the “sins against climate.” The foundation is named after the Greek and Roman Titan god “Okeanos” who was held to be the divine personification of the sea whose fish in one hand and serpent in the other signify bounty and prophecy.

Obscura Digital, the San Francisco-based organization putting on the actual show, has its name derived from the Latin root meaning “dark.” The company specializes in creating “immersive experiences that will change the way you think about the world around you” using holographic projections, 3D animation, and dynamic visualization.

OK. I get it. The names of these organizations are deep, dark and mysterious so it must be all bad. 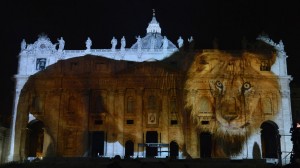 The fact is, there are good reasons to be critical of the New Agey Climate Warming Sound and Light extravaganza, but a measured tone of criticism would be more credible rather than the scare mongering over at  LifeSite. Elizabeth Scalia at Aleteia is critical, but her tone is calm and she’s giving it the benefit of the doubt.

Even those of a more philosophical bent (myself included) who were inclined to think, You can’t make an omelette without breaking a few eggs, and Jesus himself dialogued with Pilate, and converting institutional hearts and minds to the Gospel requires a measure of engagement grimaced at the Disneyesque nature of the project but were content to “wait and see.”

Their verdict? A bit of a harrumph: “Not one religious symbol,” wrote a friend in attendance.

That’s arguable. The projection began with images of white doves, a traditional symbol for the Holy Spirit. The first image was a peacock, a Christ-symbol.

That said, no, there were no overt religious symbols included in the presentation.

Was it offensive? Not really. After the gorgeous images of the Discovery Channel Series Planet Earth, though, some might find it unnecessary. It’s fair to question why the presentation needed Saint Peter’s for a backdrop; if mere secular sensibilities about creation were the point, wouldn’t the Colosseum have been a historically suitable screen for such a display?

I haven’t seen the show, but from what I’ve read it seems to me that the worst thing about it is that it was a missed opportunity. By all means let’s have a cool light show at St Peter’s, but let’s have it be Catholic for goodness sake!

There are loads of ways it could have been Catholic. Continue Reading 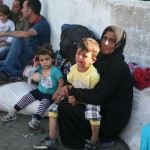 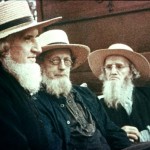 December 10, 2015 Excuse the Amish in Me
Browse Our Archives
get the latest from
Catholic
Sign up for our newsletter
POPULAR AT PATHEOS Catholic
1