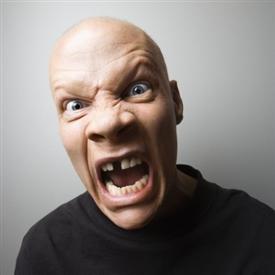 One of Mark Shea’s memorable (if not eloquent) quotes is “Sin Makes You Stupid.”

1 For although they knew God, they neither glorified him as God nor gave thanks to him, but their thinking became futile and their foolish hearts were darkened.22 Although they claimed to be wise, they became fools 23 and exchanged the glory of the immortal God for images made to look like a mortal human being and birds and animals and reptiles.

24 Therefore God gave them over in the sinful desires of their hearts to sexual impurity for the degrading of their bodies with one another. 25 They exchanged the truth about God for a lie, and worshiped and served created things rather than the Creator—who is forever praised. Amen.

26 Because of this, God gave them over to shameful lusts. Even their women exchanged natural sexual relations for unnatural ones. 27 In the same way the men also abandoned natural relations with women and were inflamed with lust for one another. Men committed shameful acts with other men, and received in themselves the due penalty for their error.

28 Furthermore, just as they did not think it worthwhile to retain the knowledge of God, so God gave them over to a depraved mind, so that they do what ought not to be done. 29 They have become filled with every kind of wickedness, evil, greed and depravity. They are full of envy, murder, strife, deceit and malice. They are gossips, 30 slanderers, God-haters, insolent, arrogant and boastful; they invent ways of doing evil; they disobey their parents; 31 they have no understanding, no fidelity, no love, no mercy. 32 Although they know God’s righteous decree that those who do such things deserve death, they not only continue to do these very things but also approve of those who practice them.

Notice in this passage that, because of sin “their thinking became futile and their foolish hearts were darkened.” Later he says, “they exchanged the truth of God for a lie” and “God gave them over to a depraved mind.”

Why are Americans tumbling headlong into the worship of a lying, lecherous, crooked Tiberius on the one hand and a scheming, ambitious, corrupt and lying Livia on the other?

Because sin has made us stupid. Sin blinds us. Why? Because first we start lying to ourselves. We justify our sins. We say they don’t matter. We say they aren’t really sins. When we lie to ourselves we believe our own lies and then we will very easily believe the lies of others. Donald Trump and the Clintons have been caught out in lie after lie, but we don’t mind because we lie all the time. We have chosen what we want to believe according to what is comfortable and not according to what is true. Therefore when someone comes along and tells us a lie that makes us comfortable for a moment, or makes us feel strong or makes us feel superior we swallow it hook, line and sinker.

For fifty years Americans have indulged in sexual immorality, abortion, war, murder, graft, corruption, abuse of the poor, sodomy, child abuse, alcoholism, drug addiction….and the list could go on. For the most part we’ve turned a blind eye. We’ve excused ourselves and excused others in the name of a weak kind of tolerance. Consequently, as a nation we are blind and stupid because sin makes you stupid.

Here is where it gets really scary. Stupid we can deal with. Stupid is just stupid and stupid seems harmless, but stupid doesn’t stay just stupid for long. Sin Stupid soon become violent. It’s there in the passage from Romans, “They are full of envy, murder, strife, deceit and malice. They are gossips, 30 slanderers, God-haters, insolent, arrogant and boastful; they invent ways of doing evil; they disobey their parents; 31 they have no understanding, no fidelity, no love, no mercy.”

When they blame others for their problems they must eventually do something about it. They must get rid of the problem to be happy, and if the problem is another person or another group of people or another nation, then they must first exclude, then isolate and then exterminate the problem, and thus the violence.

You name it. It almost doesn’t matter. The stupidly sinful will always, in the end, turn violent.

That’s why when Trump says “Take the guy out! I wanna punch him in the face!” 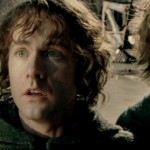 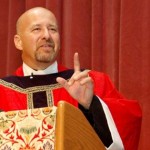