Amoris Laetitia – Chapter 8 and That Footnote… 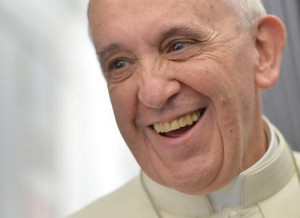 Readers have asked for my opinion about the Holy Father’s Apostolic Exhortation, and apart from a couple of posts over the weekend about the issue of marriage in general I haven’t commented that much.

That’s because I haven’t had the time to read the exhortation.

Now, having read it, my reactions are much the same as a good number of other people. From a literary point of view I wish the pope had a better editor. The exhortation is prolix, in English some of it comes across as muddled, vague and even ambiguous. I miss the brevity and clarity of Pope Benedict.

But putting all that aside, I must say that the exhortation is beautiful in many ways. I was very moved by the exposition of St Paul’s chapter on love in I Corinthians 13 and I found the pope’s grandfatherly advice on marriage relationships in that chapter touching–even if it was at times sentimental. I found the chatty and informal tone winning. I was grateful for the continuity of teaching when the pope connected with Paul VI’s Humane Vitae, John Paul II’s Theology of the Body and Benedict XVI’s affirmations of marriage. I appreciated his clear and moving pro life stance–his opposition to abortion, his defense of the elderly and the disabled and his firm stance against same sex marriage and transgender ideologies. There is far more to love and like about this exhortation than there is to dislike.

So let us consider chapter eight which people at both extremes of the American Catholic church have jumped on. In chapter eight the pope discusses appropriate pastoral approaches to those whose marital situations are “less than the Catholic ideal.” The progressives have claimed that the document allows communion for divorced and remarried people and are delighted. Conservatives agree but are dismayed.

When I say “dismayed” may I have a prize for understatement? I’ve seen some absurd and completely loopy interpretations from some conservatives in which they say outright that the pope is an anti Christ, a heretic and that he has now said divorce and remarriage are okay. Someone wrote saying that Henry VIII would be pleased because he finally has the pope he wanted who says all this divorces and marriages are A-OK.

In saying that some conservatives have over reacted, it must be said that some progressives have too. I had an email from one person who assumed there would be a new procedure to grant divorced and remarried Catholics a dispensation to receive communion. They wondered how a priest would  go about “making exceptions” to the rule for couples in his care.

I don’t think chapter eight says any of that at all. Here, in a few points, is what the Pope is trying very hard to communicate to us:

Pope Francis, with unusual clarity, responded, “This is the last thing. Integrating in the Church doesn’t mean receiving Communion.”

The Pope immediately gave an anecdotal story to make clear his point.

I know married Catholics in a second union who go to church, who go to church once or twice a year and say I want Communion, as if joining in Communion were an award. It’s a work towards integration; all doors are open. But we cannot say from here on they can have Communion. This would be an injury also to marriage, to the couple, because it wouldn’t allow them to proceed on this path of integration.

Then what to make of the footnote in Chapter 8 which refers to couples in “irregular relationships” as needing the sacraments? Continue Reading 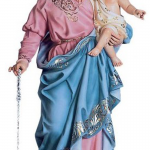 April 13, 2016
Praying the Hail Mary for Spiritual Warfare
Next Post