Does Amoris Laetitia Encourage Communion of Divorced and Re-Married?

Secondly, in a very clear passage, Fr. José Granados – Vice President of the Pontifical Institute of John Paul II in Rome explains why the document does not change the church’s discipline on the divorced and remarried receiving communion.

“The Apostolic exhortation puts an end to a two year synodal path. There is much anticipation about one concrete question, not certainly the one most important pastorally: the eventual admission to the Eucharist of the divorced and civilly remarried. In fact, this is a marginal question if we think of the great pastoral challenges the Church faces regarding the family: the fact that young people do not want to get married; a lack of social significance of the family; the great task of bringing Christ to the families in the new evangelization…

Does the text allow for divorced and remarried catholic to receive holy communion, at least in some cases? After reading chapter eight (where the question is addressed) we need to conclude that this text does not change the discipline of the Church regarding the admission of divorced and civilly remarried Catholic to the Eucharist, a discipline based in doctrinal reasons, as affirmed by Familiaris Consortio 84 and Sacramentum Caritatis 29.

In fact, the text of chapter eight of the exhortation does not even mention the Eucharist. In this sense it is clear that Pope Francis, which has insisted on the importance of synodality in the Church, did not want to go beyond the Synod’s decisions. At no point in the text of the document do we find something like: “in some cases the divorced and civilly remarried can be admitted to receive the Eucharist”. This clarity would have been necessary in order to change a practice rooted in doctrinal grounds, firmly established by the constant Magisterium of the Church. Notice also that Cardinal Kasper’s proposal, who asked for clear canonical rules that help discern in which cases admission to the sacraments would be possible, has not been received in this document.

The only possible hint towards a change in discipline is found in footnote 351, where it is said that in certain cases the Church can give to people who live in irregular situations the help of the sacraments. But it would certainly be strange to suggest that the Pope has intended to make such an important change of Church discipline in a footnote of an apostolic exhortation. In addition, the note refers to irregular situations in general, and not directly to the case of the divorced and civilly remarried (an specific case, since a way of life in contradiction with a sacrament is implied). Further specifications would be needed, that the Pope did not want to make, thus not implying any change in discipline.

What the documents proposes, then, is to start a way of integration, that allows these baptized people to live according to the Gospel. Thus, Familiaris Consortio 84 and Sacramentum Caritatis 29 continue to indicate the pastoral way, without exception, because these norms are not a judgment on the subjective culpability of the person, but they show the goal every evangelization aims at: a way of life in accordance to the Gospel of Jesus.

All this means that those who expected a revolution from the document have to be greatly disappointed.”

When Fr Granados’ words are combined with Pope Francis’ own words on the flight back from Mexico, it is clear that not only is doctrine not being changed, but neither is the discipline. When asked whether the divorced and re-married could receive communion the pope replied:

“This is the last thing. Integrating in the Church doesn’t mean receiving Communion. I know married Catholics in a second union who go to church, who go to church once or twice a year and say I want Communion, as if joining in Communion were an award. It’s a work towards integration; all doors are open. But we cannot say from here on they can have Communion. This would be an injury also to marriage, to the couple, because it wouldn’t allow them to proceed on this path of integration.”

Those who jumped to conclusions and were worried and concerned may breathe easy. The sky is not falling. 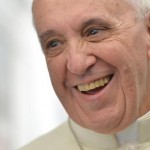 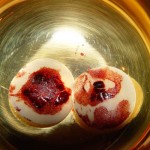 April 25, 2016 Eucharistic Miracles and Protestants?
Browse Our Archives
get the latest from
Catholic
Sign up for our newsletter
POPULAR AT PATHEOS Catholic
1