Can I Judge Another Person or Not?

Can I Judge Another Person or Not? June 26, 2017 Fr. Dwight Longenecker 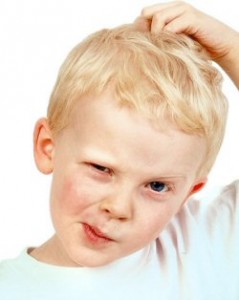 Do not judge, or you too will be judged.  For in the same way you judge others, you will be judged, and with the measure you use, it will be measured to you.

The meaning is not difficult. Jesus tells us that we should not condemn others or we will be condemned in the same way. The simple message is, “Look to yourself and your own sins first.”

Jesus’ constant battle was with the self righteous religious people who were justifying themselves by condemning others. Its an ancient and immature trick: I make myself feel better by putting someone else down.

Of course this is wrong and we should not condemn others in such a way.

However, one of the basic principles of Biblical interpretation is that we do not take a verse out of context and use it in a way that cuts against the other parts of Scripture. Put simply, “Scripture interprets Scripture.”

This verse is used by progressives to allow just about any sort of attitude, opinion or behavior. This is not what Jesus meant at all. In John chapter 7 Jesus is condemning the same Pharisees for judging him for healing someone on the Sabbath. At that point he says, “Do not judge by appearances, but make righteous judgements.”

Sometimes this judgement is very difficult because the situation is complex and the pastoral circumstances are difficult to untangle. In such situations we need careful discernment and any judgement we make is always to be for the soul’s salvation and the good of the person–not for their condemnation. Especially if the person is  repentant and, as Pope Francis says, “sincerely seeking the Lord.”

In such cases we are not to make judgements based on appearances only, but to work carefully and accompany the person as they seek the Lord and seek reconciliation with the church.

However, there are other circumstances which are not complex or difficult to discern at all. If a person openly, flagrantly and publicly flaunts the teaching of the Catholic church, has not a shred of repentance, but instead demands that the Catholic church condone their sinfulness, then the judgement is easier. The prophet says with Jesus and with John the Baptist, “Repent! the Kingdom of Heaven is near!”

Let’s take an example: Let us suppose that a man named Mr Morgan is a notorious wife beater. He also cheats on his wife with numerous affairs over the years. This is an open secret. Finally he divorces his wife, leaves her with as little money as possible and marries the latest woman with whom he was having an affair. Furthermore, he has used lawyers to deprives his wife from seeing their three children because he says she is mentally ill.

Now let’s say he turns up for a Catholic marriage pretending that he has done no wrong. Shall we say, “There is a gap between you and the church and we need to build a bridge. Let’s talk! In the meantime, welcome to communion and let’s get our calendars and fix a date for you to have a big slap up wedding to celebrate your love!”

I don’t think so. We would make a judgement. We would say, “What you have done is sinful. It is wrong.”

This pastoral approach does not condemn the sinner– because we are all sinners– but it does make a right judgement in order to move forward for the soul’s reconciliation.

It seems to me that this is the bread and butter work of the church and I find it bizarre that some Catholics seem to be chucking this difficult and delicate work overboard with the shallow, sentimental and sophomoric platitude “Judge not!”

Jesus certainly did tell us not to judge by outward appearance, but he also upheld every aspect of the Jewish law. Earlier in the Sermon on the Mount he says,

“Do not think that I have come to abolish the Law or the Prophets; I have not come to abolish them but to fulfill them.  For truly I tell you, until heaven and earth disappear, not the smallest letter, not the least stroke of a pen, will by any means disappear from the Law until everything is accomplished.  Therefore anyone who sets aside one of the least of these commands and teaches others accordingly will be called least in the kingdom of heaven, but whoever practices and teaches these commands will be called great in the kingdom of heaven.”

So can we judge others? We cannot judge their intentions or the state of their soul, but we can judge their actions. I doubt if anyone would have trouble judging the actions of the adulterer I described above.

Most people would say, “You have done bad things.”

Likewise, the magisterium of the church provides more than ample instruction for judging the morality of our own actions and the explicit actions of others.

It is possible, therefore–indeed it is our duty to recognize certain sins as mortal sins and call others to repentance so that they might receive forgiveness.

And the first person we call to account is always the person we see in the mirror. 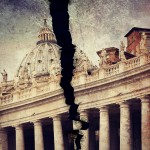 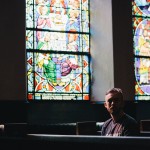 June 28, 2017 Is All Sin the Same?
Browse Our Archives
get the latest from
Catholic
Sign up for our newsletter
POPULAR AT PATHEOS Catholic
1